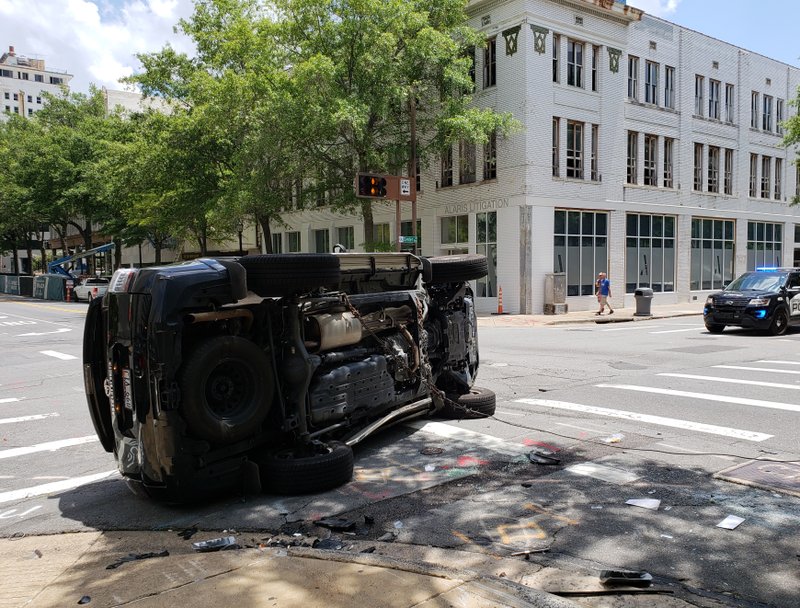 An SUV ended up on its side after a crash Monday afternoon at an intersection in downtown Little Rock.

Police were called shortly after 12:30 p.m. to Capitol Avenue and Center Street to a collision between a Toyota 4Runner and a BMW 328i.

Details on how the wreck occurred weren't immediately known. The impact sent the 4Runner onto its side while the BMW had heavy front-end damage.

Police on scene said no one was hurt. 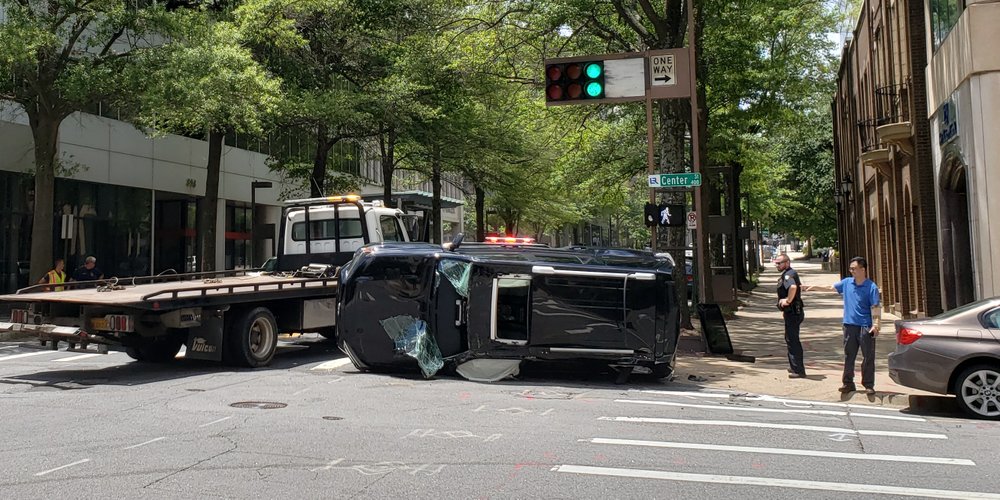