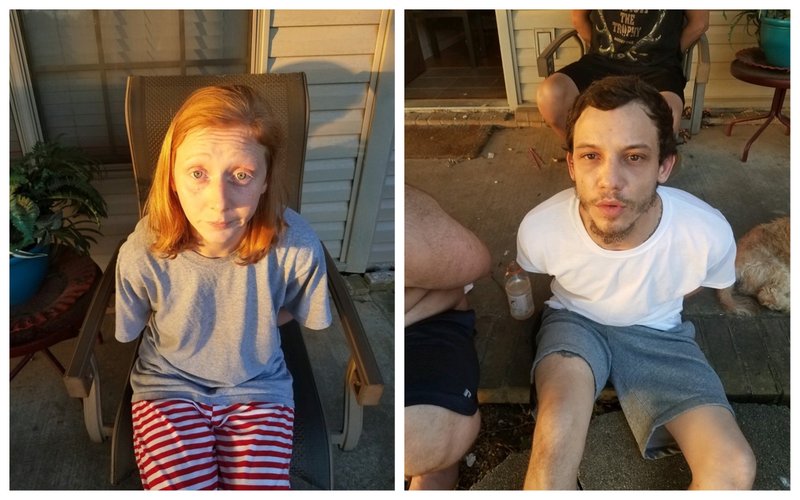 An infant was removed from a home and three people were arrested following a drug bust Tuesday morning in Lonoke County, authorities said.

Police and deputies arrived at about 6 a.m. at a home in Cabot, 711 Campground Road, with a search warrant following an investigation of marijuana being sold from the home to adults and minors, according to a Facebook post by the Lonoke County sheriff’s office.

Investigators found Ryan Herrin, 27, and Chelsey Cawley, 29, as well as Cawley’s 1-year-old child and three other people inside the home, authorities said. Roughly six pounds of marijuana, several vaping devices containing THC, five firearms, including one reported stolen from Cabot, and $6,543 in cash were also discovered in the residence, according to the post.

Herrin and Cawley were taken into custody and transported to the Lonoke County jail, where they remained Tuesday afternoon. One person in the house was wanted on a misdemeanor from Beebe police and was turned over to that department, while the other two who were at the home were released at the scene, the sheriff's office said.

Authorities said the infant was taken into the custody of the state Division of Children and Family Services.

Herrin and Cawley face charges including simultaneous possession of drugs and firearms, maintaining drug premises, possession with purpose to deliver controlled substances and endangering the welfare of a minor, according to investigators.