LISTEN UP: Calexico and Iron & Wine: Reunion worth the wait 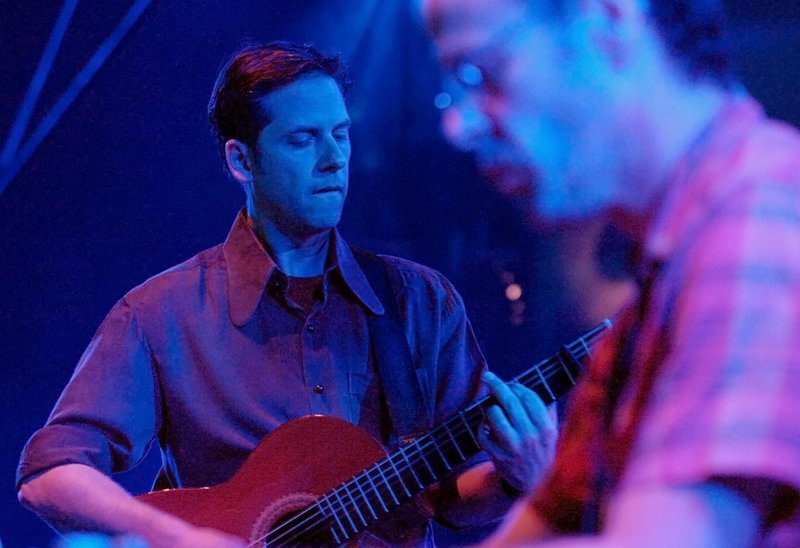 Sam Beam, who performs as Iron &amp; Wine, has recorded an album with the band Calexico. (Sigi Tischler/AP)

B+ Calexico and Iron & Wine

Reuniting on their first full-length project since 2005, Calexico and Iron & Wine are strong alone; together the two bands are stronger.

Sam Beam, better known by his stage name Iron & Wine, has been something of a sensation in the indie world since the early 2000s. Calexico, with main members Joey Burns and John Convertino, is a Southwestern rock band with influences from mariachi to jazz.

Beam brings a raspy whisper of a voice to the project, telling stories and pouring out lyrics wrought with meaning. Calexico adds texture and depth with their musical composition.

Differentiating itself from the In the Reins EP, on which the two acts first collaborated, Years to Burn feels more self-assured; like a group of musicians comfortable playing together and not afraid to experiment.

"The Bitter Suite" serves as the perfect example of this talent realized. The eight-minute track split into three parts opens with a distinctively Calexico Spanish couplet, followed by an instrumental jam and finishing with a part that sounds like a separate song entirely. The third section would feel disjointed were it not for two lines buried in the verses -- "There are dreams wild enough to pass the time" and "This dead bird wants the wings he can't recall" -- the same two lines sung in Spanish at the song's start.

The title track has all of Beam's usual delicacy, yet there is more to explore, as soft trumpet pushes through the melding vocals of Beam and Burns. "Midnight Sun" is one of the few tracks written by Calexico, but it feels just as at home on the album. With a folklore theme and elusive, thoughtful lyrics, it could have just as easily been written by Beam. The songwriting styles of both fall into step, seamlessly.

The reunion feels a long time coming for two groups so wonderfully in sync and complementary.

B+ The Black Keys

The Black Keys are back with a return to their roots.

Dan Auerbach and Patrick Carney have made rock with a bluesy-funk undertone their specialty, with this influence even shining through on some of Auerbach's production projects (Cage the Elephant's Tell Me I'm Pretty). While they may have ventured from this sound slightly on their last album, 2014's ambient and psychedelic Turn Blue, they've returned to it in full force on their latest.

"Shine a Little Light" is bright and upbeat, entering with a blues rock feel before changing gears into a more garage rock sound for the chorus. It's followed by "Eagle Birds," reminiscent of the Keys' sound on 2010's Brothers and 2011's El Camino.

Let's Rock leans closer to their more recent albums than their earlier, grittier sound. Softer songs like "Walk Across the Water" and the Beatles-sounding "Sit Around and Miss You" bring depth to the album, while the female background vocalists used throughout add gentle, soulful tones. "Get Yourself Together" is another highlight with its Western tinge and foot-stomping rhythm.

The album holds tight to captivating instrumentation, with guitar at the center.

Hot tracks: "Shine a Little Light," "Eagle Birds," "Get Yourself Together"

• Spoon, "No Bullets Spent." The new song on Spoon's hits collection, due this month, circles back toward the lean, guitar-driven indie rock of the Texas band's first albums. The song arrives in a psychedelic vocal-harmony haze but soon solidifies into a hard-nosed sketch of a desperate situation. Over little more than syncopated guitars and a drumbeat, Britt Daniel sings about a 22-year-old saddled with a mortgage and the ominous return of a "master" at the door, wishing for some miraculous "escape from the mess." It won't be pretty: "What we need now's an accident/No one to blame and no bullets spent."

• Ashley O, "On a Roll." This up-with-life synth-pop remaking of Nine Inch Nails' "Head Like a Hole" ("I'm on a roll/Riding so high/Achieving my goals") is sung by Miley Cyrus in her role as Ashley O, the pop megastar suffering under managerial cruelty in an episode of the new season of Netflix's Black Mirror. It is the most effective Miley song of the past five or so years.

• Philip Bailey, "We're a Winner." Many of today's jazz innovators have as much in common with the funk and soul musicians of the 1970s and '80s as they do with the generation of jazz improvisers that directly preceded them. Philip Bailey -- the vocalist, percussionist and central member of Earth, Wind & Fire -- became aware of this when he first heard keyboardist Robert Glasper a few years ago. Glasper wound up producing many of the tracks on Bailey's new album, Love Will Find a Way, and on this cover of Curtis Mayfield's "We're a Winner," the keyboardist's longtime collaborator Bilal joins in, fortifying Bailey's familiar falsetto with some lissome backing vocals ("Movin' on up!"). Underneath, Glasper traces out a sparkling reharmonization of the song's original chord pattern over a big, fathomless bed of bass from Derrick Hodge.

Print Headline: Calexico and Iron & Wine: Reunion worth the wait