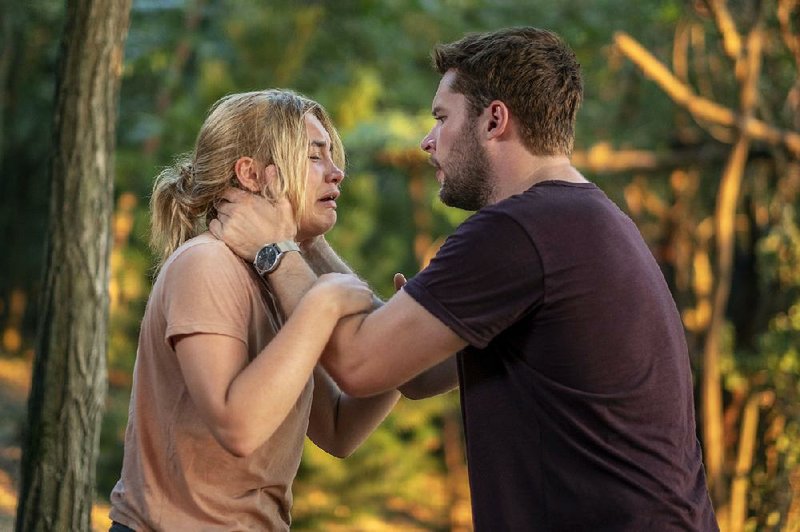 Dani (Florence Pugh) and her longtime boyfriend Christian (Jack Reynor) find themselves in a bright and sunny nightmare in Ari Aster’s Midsommar, which is set in picturesque commune in Halsingland, Sweden.

It's hard to watch horror films where the protagonists behave like cattle stampeding into a feedlot, as if they were eager to become someone else's dinner.

The graduate students in Midsommar seem to have a similar death wish, but writer-director Ari Aster has created a mesmerizing killing ground. As with his previous movie, Hereditary, Aster avoids jump scares, dim, moody lighting and screeching strings.

Instead, Aster's nightmare is filled with idyllic scenery, bright, ceaseless sunlight, cheery folk tunes and lots of child-like pagan drawings. The village in Midsommar almost looks like a tourist destination, but part of of the reason the town looks so pristine is because few outsiders ever come there.

Of course, we discover why.

The students coming to visit are trying to get advanced degrees, but they've got enough psychological baggage to stay in dangerous places when they should be sprinting like Usain Bolt.

Dani (Florence Pugh) is trying to recover from a traumatic loss that would crush folks with better survival instincts and constitutions. Her boyfriend Christian (Jack Reynor) isn't terribly interested in helping her deal with her baggage, but hasn't got the guts to dump her. His buddies Josh (William Jackson Harper), Pelle (Wilhelm Blomgren) and Mark (Will Poulter) tolerate Dani but consider her company nothing more than buzzkill.

With summer approaching, the lads are planning on a trip to Pelle's village in Sweden. Christian and Josh both think the isolated town four hours away from Stockholm would be an ideal subject for their anthropological studies, and Mark thinks being around young women (other than Dani) and lots of alcohol might provide some hedonistic delights that aren't available in the States.

It's also worth noting that these people are a little young to have seen Deliverance or The Wicker Man. The villagers are friendly, but they have odd rules and little interest in niceties including privacy. All of them sleep in a longhouse in full view of one another.

Not that there's much time to sleep. Now that the solstice is in full swing, there's almost no night to speak of. This far north, maintaining a circadian rhythm is challenging, especially for Dani. With an ample supply of psychiatric drugs, sleeping pills and some extra curricular chemicals, she has trouble figuring out what are ancient pagan customs and what are legitimate signs of danger.

Aster finds clever ways to make viewers share her disorientation, but her traveling companions aren't thinking that clearly, either. Christian and Josh find endless excuses to butt heads because they each have academic ambitions that seem to outweigh common sense. Pelle is always smiling and friendly, but Aster's camera consistently reveals that honesty may not be a core value.

Oh, and Mark's urge to party guarantees he might not be around for long.

Aster paces Midsommar languidly, but he doesn't waste the film's long running time. If something in the background seems off, you'll discover the explanation later. Aster follows "Chekhov's Gun" as if it were gospel.

I'm curious to see what YouTubers will do to this Midsommar in the future. With its bright images and cheery sounds, individual moments feel like Hallmark Channel scenes taken out of context. As a whole, Midsommar could be seen as a warning about leaving remote cultures alone or treating them with a respect and wariness that tourists don't. 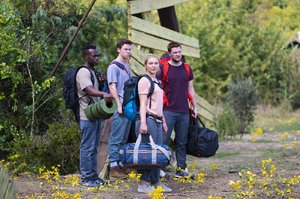 Photo by Gabor Kotschy / A24
American tourists Josh (William Jackson Harper), Mark (Will Poulter), Dani (Florence Pugh) and Christian (Jack Reynor) vacation in rural Sweden, visiting a small village that is hosting a festival that’s held only once every 90 years in Midsommar.