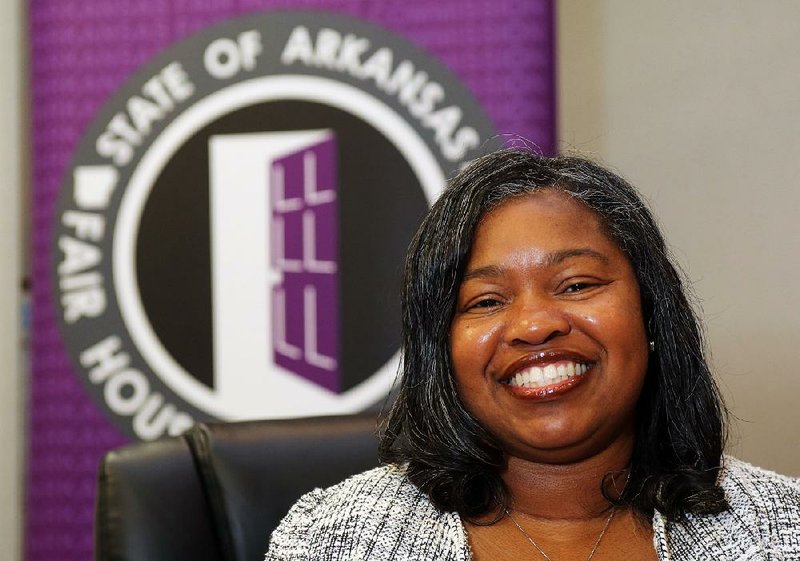 International students living in Northwest Arkansas were paying twice as much in deposits at the same apartment complex as their counterparts from the United States, and something needed to be done.

The issue came to light in 2014 when Carol Johnson, then the executive director of the Arkansas Fair Housing Commission, conducted a tour of the state called the "Four Corners Tour" to educate communities, bankers, real estate agents and landlords about housing and lending discrimination.

Johnson and her staff members went through three years of records for the apartment complex and found more than 20 students who had been discriminated against because of their nationalities. Students got their deposits back through a settlement.

"We want to be a friendly, opening and inviting state," Johnson said. "And in order to make sure we do that, we need to make sure we're treating everyone fairly."

Johnson last month left the agency she guided for nearly 14 years to take a state civil-rights job in Oregon. Leon Jones, former head of the Arkansas Department of Labor, replaced Johnson as director of the Fair Housing Commission on Monday.

The commission was created in 2001 and is a quasi-judicial regulatory agency that works with the U.S. Department of Housing and Urban Development to enforce fair-housing and fair-lending laws. Arkansas' Fair Housing Act prohibits discrimination based on race, color, national origin, religion, sex, disability or familial status.

Under Johnson's leadership, the agency has seen an operating budget increase since 2005 from $115,000 to $2.3 million. Its caseload has increased from 27 in fiscal 2006 to 186 open cases in June. There are eight staff members, up from three when she first started, Johnson said.

Before the commission started taking cases, all fair-housing complaints had to be directed to a Dallas HUD field office, said Gary McHenry, a founding commissioner who was a part of the decision to hire Johnson.

About 400 people registered for the most recent conference in April, and speakers included Gov. Asa Hutchinson and HUD Secretary Ben Carson.

"I'm really proud of the commission and what we've been able to accomplish over these years," Johnson said. "I just have full confidence that the commission will be able to grow and be successful."

Jones said in a previous interview that he will spend his first 90 days getting to know the agency and staff before he develops a plan of action.

Johnson made $93,485.81 annually, according to a publicly available database of state employees' salaries.

Jones takes over as Hutchinson enacts his plan to reduce the number of state agencies that report directly to him. Jones' former department is now a part of the Department of Labor and Licensing, and the Fair Housing Commission is under the Department of Inspector General, led by Elizabeth Smith.

Johnson said that she's been concerned about everything being fair since she was a child. She would talk through fights among her elementary school friends on the playground.

"I was the one that wanted to go in-depth on all this different stuff," she said. "It was for a public interest mindset. I wanted to do something that would help the public good."

Johnson's law degree from the University of Arkansas at Little Rock came in 2000, which launched her career focused on civil rights.

"I wanted to be a civil-rights attorney," she said. "I wanted to correct wrongs where I could."

She soon started working at a civil-rights nonprofit that worked across the state. From there, Johnson applied to be the executive director at the recently formed Arkansas Fair Housing Commission.

During the commission's first couple of years, members spent some time figuring out what they wanted its work to look like, said McHenry, who is also a former commission chairman.

"We were trying to sort of build the ship as we were sailing ...," McHenry said. "There needed to be some learning and understanding of what this commission needed. One [thing] is a very determined director."

As the commission got under way, HUD exercised some control, McHenry said. Johnson helped guide the fledgling agency as it ventured out on its own, he added.

As the commission grew, Johnson said, she tried to keep the focus on education rather than litigation.

Johnson's ability to communicate is something that Sherman Tate, who worked with Johnson when she volunteered to help re-establish the Urban League, said stands out.

Johnson said her preference comes from a fundamental belief that most people will do the right thing when they are fully aware of the rules.

Johnson has also served as a member of the Arkansas Advisory Committee of the U.S. Commission on Civil Rights since 2014.

Melvin Jenkins, who taught Johnson at the National Fair Housing Training Academy in Washington, D.C., said Johnson's energy for civil rights goes beyond housing. He's stayed in contact with Johnson throughout her career and called her work in Arkansas "monumental."

He added that she's also done research on criminal justice in Arkansas for the past year for a report on racial disparities in the criminal justice system. Some members of Congress will get the final copy in the next few months, Johnson said.

On Johnson's last day, the entire staff at the Arkansas Fair Housing Commission went bowling after work, said Darryl Mooney, an investigator for the commission who's worked with Johnson for about five years.

"She's firm, fair and at the same time, she can make you feel welcome," he said.

Johnson has always remembered each staff member's birthday -- on his most recent one, they went to eat at Benihana and had chocolate cake in the office.

"I told Carol before she left that she was the best boss I ever had ...," he said. "She may have thought I was just saying it, but I was being truthful."

Johnson is going to work at the Oregon Bureau of Labor and Industries as an administrator of the agency's civil-rights division. She'll be enforcing civil-rights protections in employment, schools and public accommodations.

She said she's excited to work in fields that go beyond housing, but plans to stay in touch with Jones and others in Arkansas.

"I definitely will not be a stranger to the state," she said. 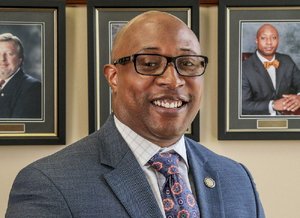