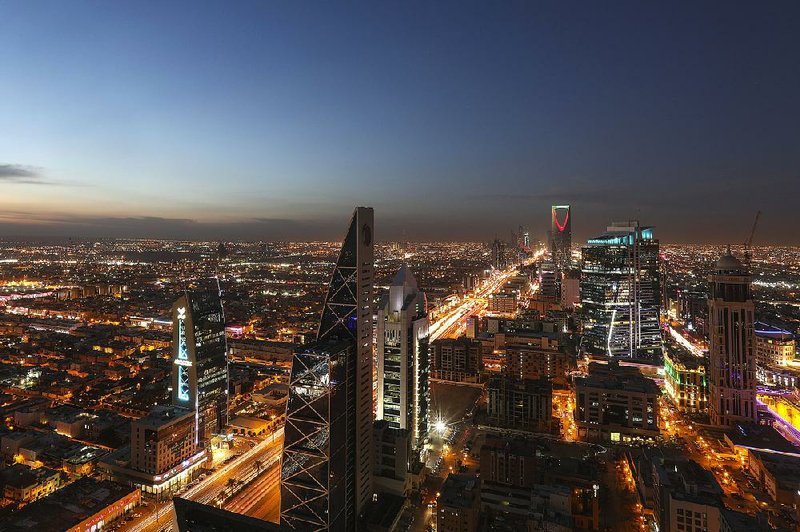 Automobiles travel through Riyadh, the capital of Saudi Arabia. The country is experiencing persistently high unemployment despite government efforts to create jobs.

Saudi Arabia's private businesses may be shedding jobs, but there's one place that's hiring: The government.

Payrolls are swelling at state agencies involved in Crown Prince Mohammed bin Salman's revamp of the economy -- from the wealth fund to new entities called "Vision Realization Programs." Not surprisingly, the kingdom is finally making a dent in citizen unemployment after it peaked last year at nearly 13%, the highest in over a decade.

But that's where the good news ends. Although joblessness among Saudis declined to 12.5% in the first quarter, the number of citizens working in the private sector actually fell. The government, still the main employer in the kingdom, has added more than 20,000 jobs for Saudis since the third quarter of last year, when the statistics service started reporting the breakdown by sector.

In some ways, Saudi Arabia has actually "gone back" to an older model of state-driven employment and growth, according to Monica Malik, chief economist at Abu Dhabi Commercial Bank.

"The pickup we are expecting in non-oil activity this year is largely due to higher government spending, either directly or indirectly," Malik said. "So that's also going to be where the job creation will be."

Joblessness is one of the biggest challenges Mohammed faces three years into his efforts to diversify the economy of the world's biggest oil exporter. Persistent unemployment presents a threat by testing the patience of young Saudis entering the labor market.

While Mohammed's blueprint for the post-oil era was based on cutting the public payroll, he acknowledged in an interview in October that government hiring could be part of the solution, but said "the job creation in the private sector will also grow with time."

The wait is far from over. The number of citizens employed in the private sector fell 2% over the past year, a side effect of the economic slump that's frustrated years of efforts to get companies to hire more Saudis. Known collectively as Saudization, the initiatives have included recent measures that restricted a slew of jobs to citizens. Yet foreigners are leaving their jobs at a faster rate than Saudis can replace them.

The plight of companies has only been made worse by a string of fiscal changes such as new taxes and fees. Business confidence also has been hit by political events.

Even recent growth in the non-oil private sector -- signaled by a rise in Saudi Arabia's headline purchasing managers' index -- hasn't translated into jobs. Less than 0.5% of panelists in the latest survey reported higher payrolls, said Khatija Haque, head of Middle East and North Africa Research at Emirates NBD, a Dubai bank that compiles the index.

One bright spot is the rise in the number of working Saudi women. The late King Abdullah reserved certain retail jobs for Saudi women, while the prince has ended a long-standing ban on female driving.

The female unemployment rate continues to hover over 30% on the back of a higher participation rate, meaning that more women are looking for work.

In contrast, even as unemployment has fallen to 6.6% for Saudi men over the past year, their share in the labor force also has gone down, albeit slightly.

"There are fewer men looking for work," Malik said. "Even though the headline trend showed some improvement, it's still a very challenging situation."