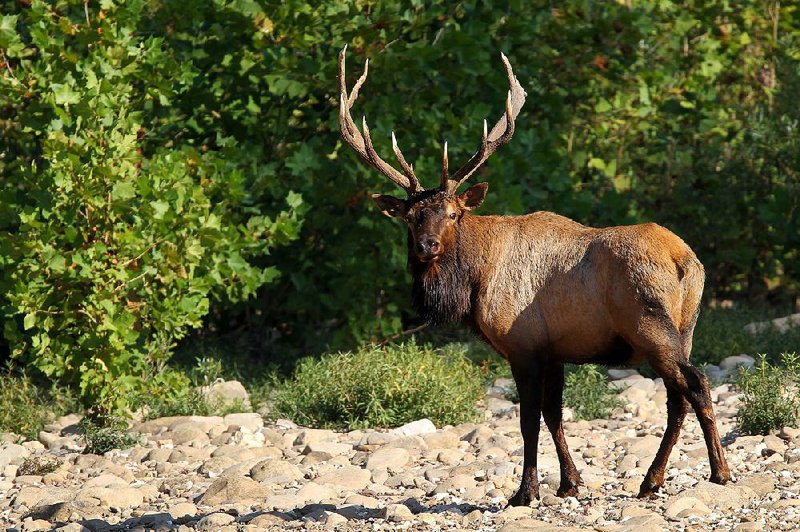 MIKE WINTROATH ARKANSAS GAME & FISH COMMISSION The re-introduction of elk to Arkansas began in the 1980s. Elk were native to the state but were wiped out by habitat loss and unregulated hunting.

A special group of Arkansans will have a special hunt this fall as they pursue elk on public land in the Buffalo River area. The 29 people were chosen during the 22nd annual Buffalo River Elk Festival on June 29 in Jasper.

Representatives of the Arkansas Game and Fish Commission oversaw the drawings for this year's elk hunt. Permits were plucked from a squirrel cage in front of an enthusiastic crowd throughout the day.

Trey Reid, emcee for the drawings and assistant chief of the Game and Fish communications division, said the event was full of fun and excitement.

"It was a great weekend to celebrate the Arkansas elk herd," he said. "We met Arkansans from every corner of the state, and they were all eager to hear their names called."

Hunters are allowed to choose their weapons from archery, including crossbows; muzzle-loaders; modern rifles; modern shotguns; and handguns.