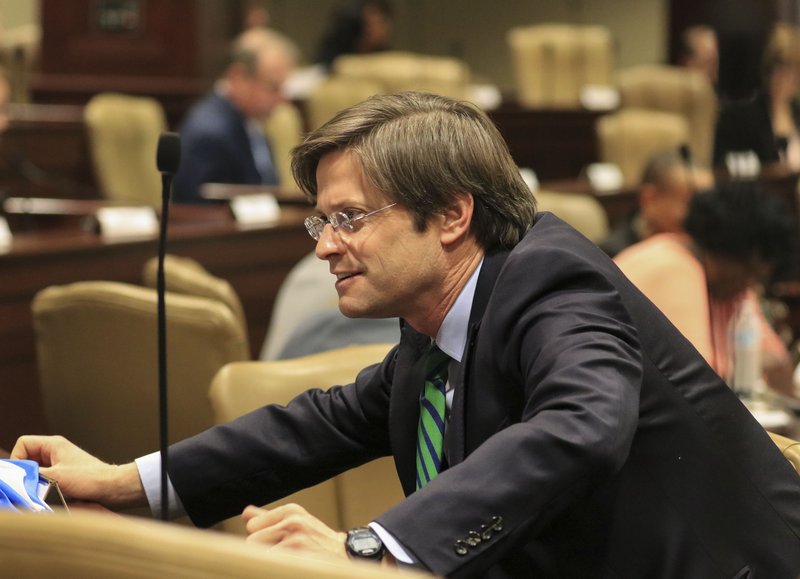 State Sen. Will Bond, a Democrat from Little Rock, announced Monday that he isn't running for re-election next year.

He said the demands of being a state senator and having a full-time law practice can only be balanced for so long and he didn't want to go beyond the four-year mark of juggling these competing demands.

"Serving as a state senator has become a full-time job," he said in an interview.

Bond, a 49-year-old attorney, has served in the Senate since 2017 and previously was in the House of Representatives from 2003-09 when he resided in Jacksonville. He was chairman of the state Democratic Party from 2011-13 under then-Gov. Mike Beebe.

"Serving Little Rock and all of Senate District 32 is an incredible honor for which I am thankful for every day," Bond said in a statement posted on Facebook.

The district's eastern boundary is Interstate 30 in Little Rock. The northern edge follows the Arkansas River to the Perry County line. The southernmost edge is Interstate 630, then the district crosses over Interstate 430 to encompass an area that includes Chenal Parkway, Pinnacle Mountain and portions of Lake Maumelle.

"My Senate term continues until the end of 2020 and I will work hard for the entire term," he wrote. "I will continue to encourage Arkansans to unite around our common values of honesty, hard work and commitment to family and pursue, with laser focus, big shared goals. ... We have to get past the idea we 'just get by with what we have' and decide what we want to be together and build that future together.

"I hope this will not be the end of public service for me, but 2020 will be the end of my service in the Arkansas Senate," Bond said in his Facebook post.

He said he has no plans at this point to run for any particular office in the future, but "you never say never."

Asked whether he plans to run for the Senate District 32 seat, Tucker said Monday in a written statement, "I'll put out a longer release soon, likely tomorrow.

"For now, I'll say, I want to thank Senator Bond for his exceptional service and leadership in the House and Senate. He has set an outstanding example of how to serve and I wish him nothing but the best," Tucker said. "I will have a formal announcement soon, but yes, I do intend to run to represent Little Rock and Pulaski County in the state Senate. I'm very excited to get back on the trail to listen to voters and hopeful about a chance to serve them again in the State Capitol."

Tucker served in the House of Representatives from 2015-19 and lost a challenge to Republican U.S. Rep. French Hill of Little Rock in November. He is a 38-year-old attorney.

Asked whether Republicans are going to get a candidate to run for the state Senate seat, state Republican Party Chairman Doyle Webb said, "We are receptive to meeting with all potential candidates and supporting our nominee in this district."