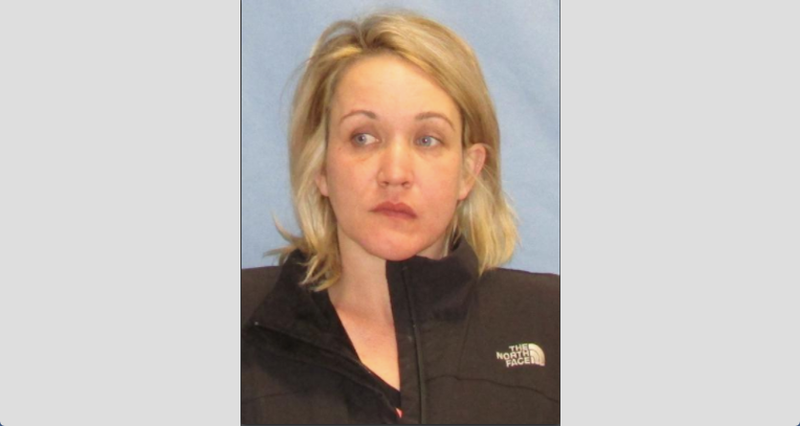 A Cabot woman who earned her fifth drunken-driving conviction by running over a jogging Jacksonville man "like a speed bump," according to a witness, was ordered Monday to pay the victim $900,000.

Jaylin Anderson, a 31-year-old father of one, said he still lives in pain, both emotional and physical, from the injuries inflicted by Sharon Renee Shinn, 36, in the Feb. 1, 2018, collision in the 1600 block of John Harden Drive in Jacksonville.

Anderson was having his day in Pulaski County Circuit Court after suing Shinn for negligence. Sentenced to six years in prison last October, Shinn never responded to the lawsuit and did not show up for Monday's damages hearing.

Anderson said he remembers little about being hit by Shinn. He said he was just trying to get some exercise after missing a visit to the gym.

"I was just running," he told Pulaski County Circuit Judge Alice Gray. "I don't remember much. I do remember being hit, hitting the ground. I hit my head. I remember her driving off" before he blacked out.

But the pain is with him every day, Anderson said. He had to go to the emergency room twice to get the right medical treatment for what turned out to be a concussion along with heavy bruising and scrapes on the rest of his body.

"My head was hurting so bad I was afraid to go to sleep" two days after the collision, Anderson testified, explaining his second emergency room visit. He's still seeing a neurologist and is trying to decide whether to undergo a risky neck surgery to alleviate his suffering.

For a while he couldn't concentrate enough to carry on a conversation, and only recently has he been able to sleep normally, he told the judge. He lost his $12-an-hour warehouse job, and the stress of recuperating caused his 10-year relationship to fall apart just as the couple were making plans to get married, Anderson said.

Shinn had just been arrested two weeks before the collision for driving while intoxicated, Anderson's lawyer told the judge.

But Shinn never installed a court-ordered ignition interlock device on her car, which would have required her to pass a breath test before she could drive the vehicle, attorney Meredith Moore with the Rainwater, Holt & Sexton law firm told the judge.

Police caught up to Shinn about 30 minutes after she ran over Anderson. She had a 32-ounce Sonic cup in her car, about a fourth of it full of vodka, Moore said, asking the judge to impose significant damages.

With testimony from Yolanda Holmes from the Arkansas chapter of Mothers Against Drunk Driving that about 29 percent of DWI convicts re-offend, Moore urged the judge to make Shinn an example to serve as a deterrent to others like her.

Anderson's compensatory damages for lost wages, his medical bills, pain and suffering added up to at least $100,000, Moore said, stating that Anderson was entitled under the law to at least three times that amount, or $300,000.

Smith told the judge that an eyewitness, Brooklyn Bays, who was at the nearby Papito's Mexican Grill restaurant, described Shinn's car hitting Anderson "like a speed bump." The impact threw Anderson several feet and tore off the driver's side mirror, Smith testified, showing the broken mirror to the judge.

Smith said police almost immediately knew who they were looking for and what she was driving because Shinn's then-husband, David Chad Shinn of Atkins, walked up to the scene and told police his wife was possibly responsible. David Shinn said his wife had just left him driving very drunkenly in a white Nissan Altima, Smith testified. Court records show the couple have since divorced.

Smith said police caught up with Sharon Shinn after seeing her drive by. Shinn smelled of alcohol, slurred her words and couldn't stand without police holding her, Smith said. Shinn also did not have car insurance, Smith testified.

Last October, Shinn, also known as Sharon Skaggs, pleaded guilty to felony charges of driving while intoxicated and leaving the scene of an accident causing injury, along with misdemeanor counts of driving on a suspended license and refusal to submit to a sobriety test. She was sentenced to a six-year prison term that will be followed by a six-year suspended sentence.

For her January 2018 drunken driving arrest in Cabot, Shinn pleaded guilty in June 2018 to felony driving while intoxicated and misdemeanor charges of refusal to submit and careless driving. She was sentenced to four years in prison with two years suspended.