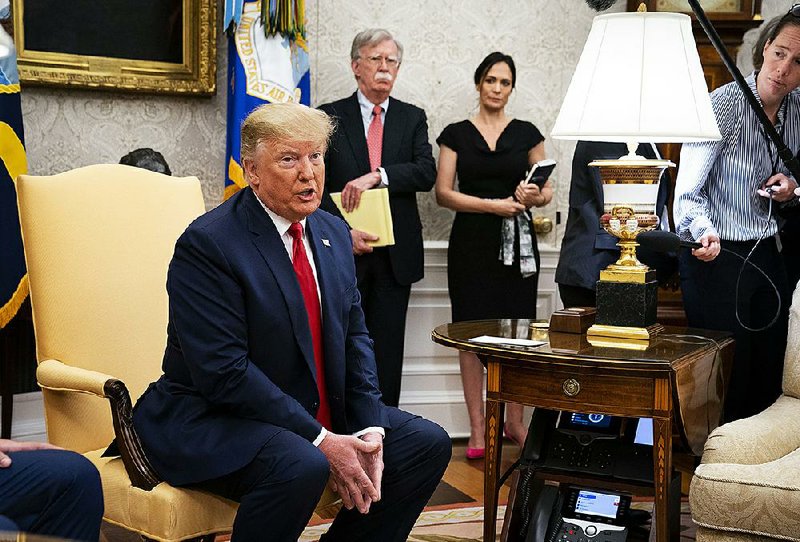 WASHINGTON -- President Donald Trump said Tuesday that he would be looking "very closely" at Labor Secretary Alex Acosta's handling of a high-profile sex-trafficking case more than a decade ago, though he also praised Acosta's job performance in his Cabinet and said he felt "very badly" for him.

The comments came a day after billionaire financier Jeffrey Epstein was charged with abusing minors, and as Democrats demanded that Acosta, a former federal prosecutor in south Florida, resign or be fired over his role in the secret 2008 plea deal that let Epstein avoid federal prosecution there.

Epstein pleaded innocent on Monday to new child sex-trafficking charges. Federal prosecutors in New York accuse him of abusing dozens of underage girls in the early 2000s, paying them hundreds of dollars in cash for massages and then molesting them at his homes in Florida and New York. He could face up to 45 years in prison if convicted.

Speaking to reporters on Tuesday, Trump repeatedly praised Acosta, calling him a "really great secretary of labor" and "very good" at his job.

Still, he said, his administration will look "very closely" at the circumstances of the deal that allowed Epstein to avoid prosecution on federal charges, plead guilty to lesser state charges and serve 13 months in jail, during which he was allowed to leave to go to his office during the day.

"I would go back to who the perpetrator is here: His name is Jeffrey Epstein," she said.

Sarah Huckabee Sanders, then the White House press secretary, said in February that the White House was looking into Acosta's role in the settlement. The White House has not responded to questions about whether there ever was such an investigation or, if there was, what it found.

On Capitol Hill, Democrats called for Acosta's resignation, including House Speaker Nancy Pelosi, who accused him on Twitter of having "engaged in an unconscionable agreement w/ Jeffrey Epstein kept secret from courageous, young victims preventing them from seeking justice."

The California Democrat told reporters Tuesday that it was "no surprise" Trump was standing by Acosta. "He knew about this when he nominated him for the Cabinet," she said. "It just goes to show."

Acosta weighed in Tuesday on Twitter, ignoring the calls for his resignation and crediting the charges brought against Epstein in New York to new evidence that "offers an important opportunity to more fully bring him to justice."

"The crimes committed by Epstein are horrific, and I am pleased that NY prosecutors are moving forward with a case based on new evidence," he tweeted.

Other prosecutors' actions regarding Epstein have been questioned since last week's arrest. In 2011, after Epstein had been required to register as a sex offender under the 2008 deal, the Manhattan, N.Y., district attorney's office asked a judge to register him as a lowest-level sex offender so he wouldn't be required to check in with authorities every 90 days.

Judge Ruth Pickholz balked, saying she had "never seen a prosecutor's office do anything like this." The district attorney's office later reversed its position.

Meanwhile, Attorney General William Barr won't recuse himself from involvement in the new case, according to a Justice Department official.

Barr made the decision Tuesday after consulting with career ethics officials at the department, said the official, who asked not to be identified discussing a sensitive matter.

However, Barr has recused himself from taking part in any review of the 2008 deal in Florida because his former law firm, Kirkland & Ellis LLP, previously represented Epstein.

Other critics have argued that Epstein has connections to the Barr family. In 1973, when Epstein was 20, he began teaching calculus and physics at the Dalton School, a prep school in Manhattan, despite not having a college degree. Barr's father, Donald Barr, was headmaster during Epstein's tenure.

One Dalton graduate dismissed the idea of a connection, saying Epstein was hired simply because he was a math whiz.

"Everyone pretty much knew him as brilliant," said 1978 graduate Paul Grossman, who never had a class under Epstein. "None of us were surprised that when he left Dalton he made a zillion dollars in business."

Epstein, now 66, left the prep school in 1975 for a job at Bear Stearns at the urging of a student's father who arranged a meeting with the chairman of the investment bank, according to published reports. Epstein later began his own money-management business, J. Epstein & Co., and in the late 1980s he began managing money for Leslie Wexner, the retail titan behind Victoria's Secret, The Limited and other store chains. Wexner has not commented on Epstein's arrest.

"Little is known or said about Epstein's business except this: He manages money for the extremely wealthy," the Palm Beach Post reported in 2006 after Epstein's legal troubles began there. "He is said to handle accounts only of $1 billion or greater."

Trump on Tuesday distanced himself from Epstein, saying, "I was not a fan of his, that I can tell you."

The president was responding to a 2002 article in New York Magazine in which he said he'd known Epstein for 15 years, describing him as "a terrific guy" and "a lot of fun to be with." The two were also photographed together at parties in the 1990s and early 2000s.

"The president needs to answer for this, and 'I don't recall' is not an acceptable answer in this case," the New York Democrat said on the Senate floor.

Epstein's personal address book, copies of which have been included in legal filings, lists multiple private numbers for contacting Trump and his wife, Melania, his daughter Ivanka, and his butler, executive assistant and security staff.

Pressed on the nature of their relationship, Trump said Tuesday that he'd known Epstein "like everybody in Palm Beach knew him," describing him as "a fixture" of the beachfront town where Trump spends many of his winter weekends at his private Mar-a-Lago club.

Trump went on to say that he'd had a falling-out with Epstein "a long time ago."

The White House and Trump Organization did not immediately respond to questions about the nature of the disagreement that caused the two to stop talking. But in court documents, a Florida lawyer contended the Wall Street financier was barred from Mar-a-Lago after an unspecified incident involving a teenage girl.

Epstein had largely guarded his privacy until 2002, when a New York tabloid reported that he had lent his Boeing 727 to ferry former President Bill Clinton and other notables on an AIDS relief mission to Africa. That tabloid report led to the spotlight in New York Magazine that quoted Trump.

A statement released Monday by Angel Urena, Clinton's spokesman, said the former president had only taken four trips on Epstein's airplane, all overseas, and that they included stops for the work done by the Clinton Foundation.

It was unclear Tuesday how many individual flights were involved in each of the four trips that Urena mentioned, and whether that may account for the discrepancy between the number he cited and what the flight logs show. Clinton's office did not immediately respond to a request for comment.

In his statement posted Monday on Twitter, Urena said Clinton "knows nothing about the terrible crimes Jeffrey Epstein pleaded guilty to in Florida some years ago, or those with which he has been recently charged in New York."

"He's not spoken to Epstein in well over a decade, and has never been to [Epstein's private] Little St. James Island, Epstein's ranch in New Mexico, or his residence in Florida," Urena added. 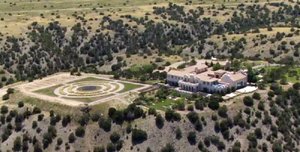 Photo by AP/KRQE
Jeffrey Epstein’s Zorro Ranch in Stanley, N.M., shown Monday, is one of several properties owned by the billionaire financier. “Little is known or said about Epstein’s business except this: He manages money for the extremely wealthy,” the Palm Beach Post reported in 2006 after Epstein’s legal troubles began there. “He is said to handle accounts only of $1 billion or greater.” 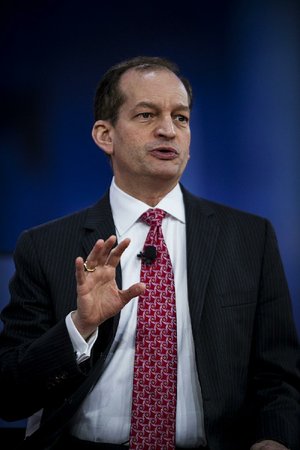 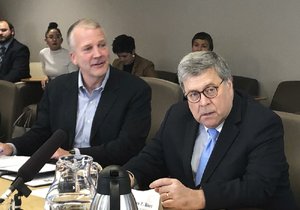 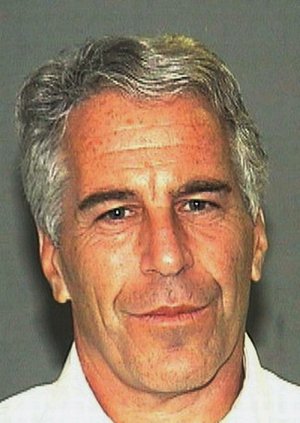