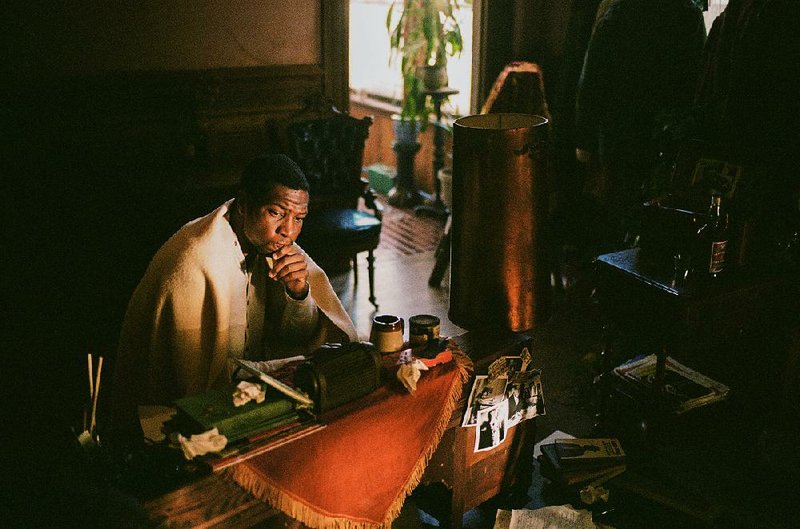 Mont (Jonathan Majors) is an aspiring playwright and artist who works as a fishmonger by day. In his spare time he helps a friend reclaim his family home in The Last Black Man in San Francisco.

Near the end of Joe Talbot's elegiac film about friendship, gentrification, and the stories we choose to define us, our weary protagonist, Jimmie (Jimmie Fails) is on a city bus, overhearing a conversation between a pair of exasperated young female transplants, complaining about living in San Francisco, and talking about moving down to East L.A. Incensed, Jimmie cuts in: "You have to love San Francisco before you can hate it," he tells them.

If the film is largely about the changing texture and tone of relationships over time, the ways in which we ultimately lose touch with the sense of the kindred, it's the city itself that proves to be the most volatile example of this sort of loss.

Rating: R, for language, brief nudity and drug use

Lousy with young tech barons wallowing in the fire hose streams of venture capital cash, and the legion of envious technonauts who want to join them in the penthouse suite, no city represents the gentrification problem in the country more emphatically than San Francisco, where property values have risen to such ludicrous proportions none but the obscenely hyper-rich can begin to afford a place there (average home price: $1.3 million). Such is the plight of Jimmie Fails (playing himself), who, along with his best friend, the soft-spoken, artistic Mont (Jonathan Majors), live at the house of Mont's blind grandpop (Danny Glover) in Bayview, a rough, easternmost SF neighborhood near shipyards so toxic, workers in hazmat suits swarm around the waterfront trying to clean it up.

Thing is, back when he was very little, Jimmie's family once owned a beautiful Queen Anne-style house in Fillmore, a place he still dotes over, to the consternation of the elderly white couple who are its current owners. In Jimmie's family lore, his grandfather built the place himself immediately after WWII, a fact he's always taken enormous pride in. To Jimmie, whose own father (Rob Morgan) lost the house (we are to understand in part due to his heavy drug use), the house clearly represents the possibility of a deeper and more resonant life -- one that by rights should have been his, but for his dad's drug habit, and his mother's subsequent abandoning them both, leaving him to fend for himself in a group home.

When the elderly couple is suddenly forced to move out because of a will dispute, Jimmie sees the opportunity he has been waiting for: He immediately moves in with Mont, trying to establish squatting rights. Soon, he has restored much of the old furniture from his Auntie's storage space, and sees his fondest dream fulfilled, albeit briefly, reunited with the gorgeous house, and its ornate rabbit warren of rooms, hidden chambers and swirling staircase. Only, like Jimmie, we're never able to relax our guard fully, in a city whose slick Realtors (here personified by one played by Finn Wittrock) circle and pounce on properties like thresher sharks to a blue whale carcass, we're all too aware of the doomed path he's trying to take.

The film's mournful tone is established early, during a gorgeous slow-motion coda as Jimmie and Mont skateboard from their neighborhood down to Lower Pacific Heights where Jimmie's dream house resides. Talbot and DP Adam Newport-Berra capture a sense of the schizoid nature of the city as the camera glides along with the pair of friends, various tableaus and encounters move languidly in near-frozen motion as they stream down the city blocks. Eventually, a wild-eyed young denizen starts enthusiastically chasing after them, stripping his clothes off and yelling for them to take him along, breaking the spell.

Throughout the film, Talbot, an SF native who wrote the film along with co-producer Rob Richert, based on his good friend Fails' own actual life story, adds these sorts of details and flourishes that allude to the city's more bohemian, free-spirited past -- a pair of white, dreadlocked hippies passed out together on a city bus as their dog digs out something from the man's lap; a naked man who comes to sit next to Jimmie at a bus stop, but only after delicately placing a clean handkerchief down on the seat first, eventually jeered at by travelling cable car full of partying bros as a overdub remix of the Jefferson Airplane Haight classic "Someone to Love" blasts out of the speakers. Every American city is a study in stark economic contrasts, but never more so than in the epicenter of new tech money changing the very essence of the people who still call it home.

It's also a film about the versions of the stories whose ideas lend depth and valor to our otherwise nondescript lives, the things we hope make us the heroes of our own narratives. In this way, Jimmie's story is conflated with that of the city itself, and the palpable sense of loss he feels about his family's house is mirrored in the city's own loss of identity.

For all that, the emotional heart of the film is still the friendship between Jimmie and Mont. Gentle, loving and supportive, the men rely on each other as offbeat siblings, standing out as they do with some of the other, more aggressive young men standing in a facsimile Greek chorus outside grandpop's Bayview house, one of whom, Kofi (Jamal Trulove), Mont takes particular artistic interest in, even after he taunts him and Jimmie repeatedly from the curb.

Not everything hits flush. A play Mont puts on near the end of the film, which he peculiarly uses as a means of revealing a painful truth to his best friend in a public setting, seems a bit too preachy for a film that otherwise deals in more moving subtleties, but even there, as a reflection of Mont's artistic sensibility, it strikes a powerful note, as it sets their relationship in a different light.

Beyond Talbot's studied filmmaking (for which he won this year's Sundance Directing Award), the real revelation here is Fails, playing, essentially himself, always more difficult than it sounds. Jimmie is first and foremost a dreamer, his gaze always off in the distance of wherever he is, except for those glorious times he gets to spend in his house, lying up in the steeple, staring up at the pointed wood of the ceiling, or lovingly caring for its delicate woodwork. For those brief moments, he is at perfect peace with the world.

Given his disjointed, unreliable childhood, we well understand his need to give himself a sense of hope, some secret way he is allowed to feel special. In a world in which inherited wealth and property is the lasting legacy of many successful white families, Jimmie especially feels the sting of loss, this affiliation with a deep and historic small piece of the city he so adores. It is a gateway for him and Mont, a sense of belonging he is both no longer afforded, and can't possibly afford. 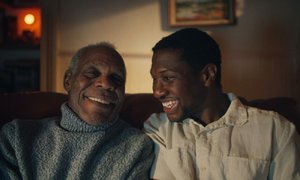