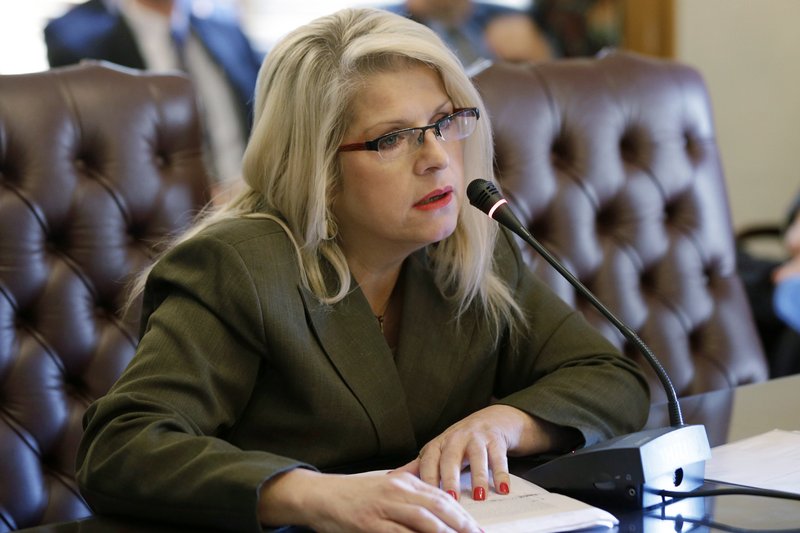 The blog of the Arkansas Times on Friday posted -- and then retracted -- information from an alleged affidavit in the tightly sealed murder investigation of former state Sen. Linda Collins.

The post on the Times' website Friday afternoon attributed the release of previously undisclosed information -- including a cause of death -- to Prosecuting Attorney Henry Boyce of the 3rd Judicial Circuit.

But Boyce then issued a press release later Friday denying having released documents or other information to the Times.

The article was later taken off the Times' website and replaced with a short post explaining that the report had been released in error.

"We regret the mistake," the Times website read shortly before 5 p.m.

Information about the death of the former Republican lawmaker has been kept under a strict judicial seal at Boyce's request since Collins' body was discovered at her Randolph County home June 4.

A former campaign aide and friend to the senator, Rebecca O'Donnell, was arrested June 14 and charged with capital murder, abuse of a corpse and hindering physical evidence. However, neither police nor prosecutors have said what evidence led to O'Donnell's arrest, nor have they explained a motive for the crime.

The lack of public information in the case has allowed bloggers and social media accounts to spread unverified and false information without rebuttal from official sources.

The Times article about the affidavit was by Senior Editor Max Brantley, who did not respond to an email Friday afternoon. Boyce, the prosecutor, did not return a call left at his office.

The Times has posted more than a dozen articles mentioning the case and investigation, including details from public court records in Collins' divorce from her ex-husband, retired Judge Philip Smith. (Collins went by the surname Collins-Smith while in the Legislature.)

Brantley's wife, retired Circuit Judge Ellen Brantley, served as a specially appointed judge over the divorce, a point Max Brantley has disclosed in his articles.

Earlier this week, the Arkansas Democrat-Gazette sent a letter to David Goodson, the specially appointed judge overseeing the Collins homicide case, asking him to rescind the order sealing all records in the case in order to provide the public with accurate information. The order was issued by Circuit Judge Harold Erwin, who has since recused.

Goodson has not acknowledged receipt of the letter, and did not answer a phone call Friday afternoon.

Lee Short, one of O'Donnell's attorneys, said in a phone call Friday that he had reviewed an affidavit in the case, but declined to say more, citing the earlier circuit court order to seal records.

Collins' family has not seen a copy of the affidavit, according to Ken Yang, a spokesman for the family. Yang said the family did not have additional comment.

A hearing for the case is scheduled for July 30.