Duggars cleared to sue officials over release of police reports 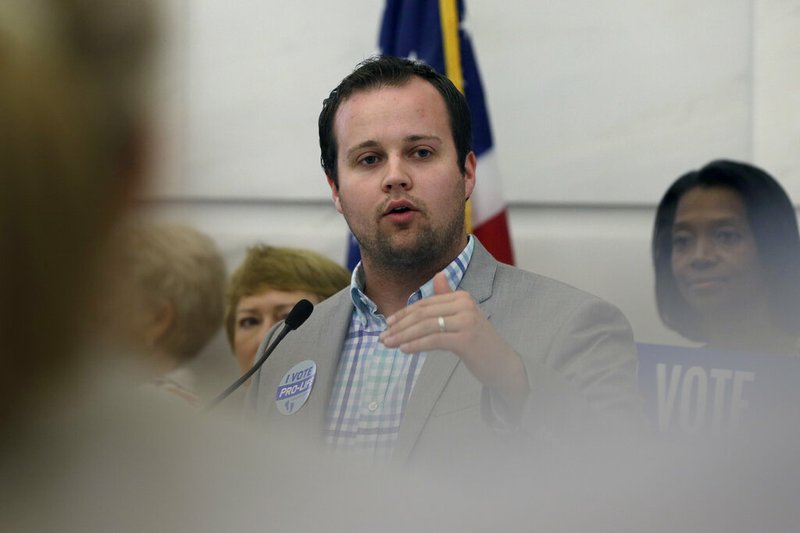 FAYETTEVILLE -- A federal appeals court ruled Friday that current and former local officials can be sued for releasing information that was used to identify sexual abuse victims.

Four daughters of the Jim Bob Duggar family sued Springdale and Washington County officials in May 2017 claiming they improperly released redacted police investigation documents to a celebrity magazine, In Touch Weekly. The magazine published the information, which allowed the girls to be identified, the suit says.

The investigation concluded that Josh Duggar fondled his sisters and at least one other girl. The statute of limitations had run out, and no charges were filed.

The three appealed to the 8th U.S. Circuit Court of Appeals, which affirmed Brooks' ruling Friday.

"Because we agree that the officials were not entitled to either qualified or statutory immunity, we affirm," judges wrote.

The opinion says the three should clearly have known the information was protected from release by state and federal law.

"The law provided fair notice to the appellants that releasing details of minors' sexual abuse to a tabloid in a format predictably enabling the victims' identification was not only inadvisable, but also unlawful. We conclude that it did," according to the opinion. "Inexact boundaries are boundaries nonetheless. The particular facts alleged here are not near the periphery of the right to privacy but at its center."

The opinion also said the girls have stated a plausible claim for the violation of their constitutional right to confidentiality.

"Today's opinion concerns whether the allegations of the plaintiffs' complaint can sustain a cause of action and whether the individual defendants at this early stage of the litigation are entitled to qualified immunity," the release said. "This is not a decision on the merits of the case."

The case will now continue in U.S. District Court in Fayetteville.

The sisters' lawsuit claims their due process rights were violated by disclosing the reports and details of the investigation.

Brooks refused to dismiss the due process claims against O'Kelley, Cate, and Hoyt in their individual capacities.

Brooks noted that, at the time the information was released, there was a state statute exempting any information created, collected or compiled by or on behalf of the Arkansas Department of Human Services, Arkansas State Police or other entities authorized to perform investigations or provide services to children and families from disclosure under the Freedom of Information Act.