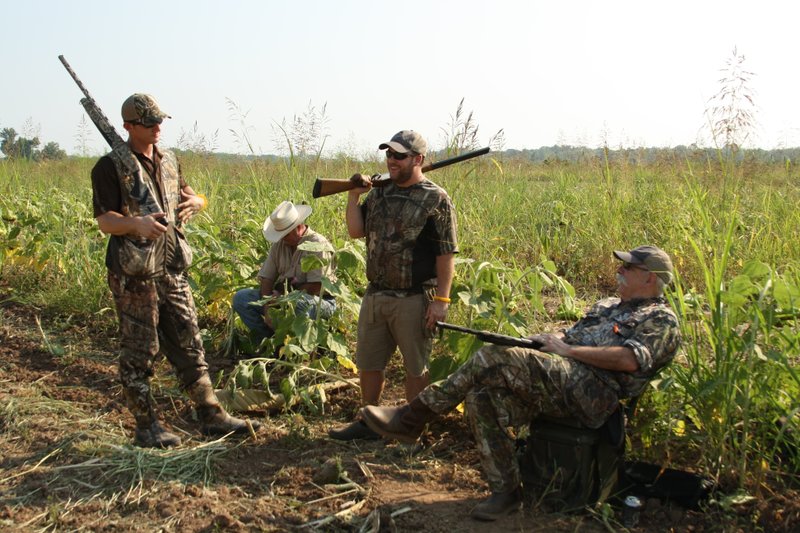 Dove hunting fields near Lincoln and Siloam Springs have been added to the Arkansas Game and Fish Commission private land permit areas.

Hunters looking for a private land dove hunt this season will find more fields and 82 more permits available each weekend in September through the Game and Fish drawn permit hunt system.

The agency has lined up the same field it has had for two years near the community of Blakemore between England and Lonoke on Arkansas 31.

It has added fields near Slovak (Prairie County), and near Lincoln and Siloam Springs.

"We had over 1,100 applicants for the Blakemore field last year," said Garrick Dugger, assistant chief of the Game and Fish wildlife management division. "In response to that, and knowing that a number of people from all around Arkansas are looking for a private-land hunts, we're responding to the demand.

Starting Aug. 1, hunters may apply for a permit at www.agfc.com to hunt on any of the four private fields in the program. The cost to apply per hunter is $5. The draw for all locations will be held Aug. 16, and applicants will be notified by email.

Chosen hunters will receive directions to their field well in advance of the Sept. 1 opening day of dove season. The first weekend will cover Sept. 2-3, which includes Labor Day.

Successful applicants may be accompanied by a second hunter of any age who may hunt at the same shooting station. All hunters will still require an Arkansas hunting license and registration in the federal Harvest Information Program before hunting. Licenses can be obtained at www.agfc.com or at many outdoors stores.

Each field was planted in a variety of food doves tend to favor. The Northwest Arkansas fields have either sunflowers or millet.