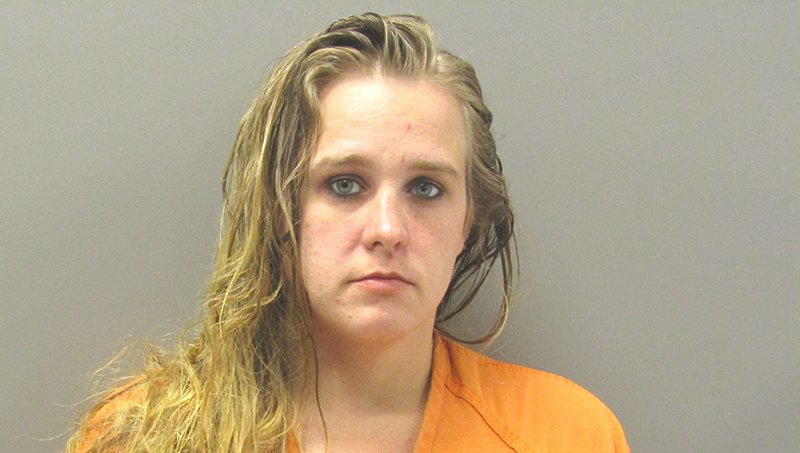 A Hot Springs woman was arrested on a felony battery charge Sunday morning after allegedly biting off part of her boyfriend's ear.

LaDuska Nicole Person, 30, who is staying at the Holiday Motel, 641 Ouachita Ave., was taken into custody shortly after 10 a.m. at her motel room and charged with second-degree domestic battery, punishable by up to 10 years in prison.

Person, who also had a warrant for failure to appear, was being held on zero bond and was set to appear Monday in Garland County District Court.

According to the probable cause affidavit, shortly after 9 a.m. Sunday, Hot Springs police officers responded to the Holiday Motel regarding a battery in progress where they made contact with Person, who had fresh blood on her arms.

She stated the blood was old and that she and her boyfriend got into a fight on the bed in their room. The officers made contact with her boyfriend and noted he had blood down the right side of his shirt and was holding a towel to the right side of his face. When he removed the towel, the officers noted the bottom portion of his right ear was severed.

The boyfriend stated Person attempted to hit him and he held her down to restrain her. While doing so, Person bit his ear, he said.

Person spontaneously stated she bit the victim's ear and that he did not hit her. She was told not to say anything until she had been read her rights. After she was Mirandized, Person again reportedly said she became upset with her boyfriend and was shaking so he grabbed her and restrained her on the bed.

She said she then bit his ear. When asked about what appeared to be an old scratch and old bruise on her face she reportedly stated those were indeed old injuries and were not caused by her boyfriend. She reportedly confirmed she sustained no injuries during the altercation.

LifeNet personnel told police the victim would need to be transported for medical attention immediately and that it was uncertain if his ear could be fully repaired.