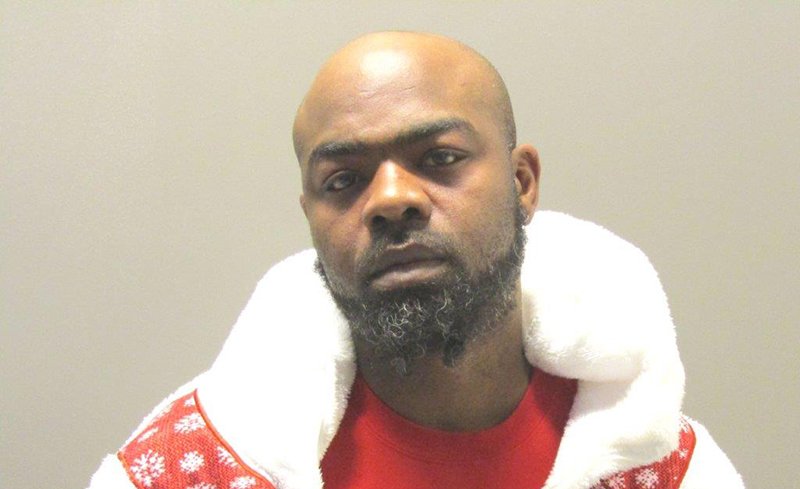 A man was sentenced to two years in prison Monday after he pleaded guilty in Garland County Circuit Court to driving while intoxicated, his fourth offense, and fleeing from Hot Springs police.

Alvin Karado Smith, 43, pleaded guilty to DWI 4 and felony fleeing and was sentenced to six years in prison on each count, with four years suspended, to run concurrently while additional misdemeanor charges of refusal to submit to testing, resisting arrest and disorderly conduct were withdrawn.

According to the probable cause affidavit, on June 30, 2018, around 1:15 p.m. Saturday, police spotted a white 2007 Pontiac Grand Prix eastbound on West St. Louis Street that failed to stop at the stop sign as it turned onto Seventh Street, with the driver's side almost striking the ground due to the speed of the vehicle.

The officer followed the vehicle to Meadowbrook Street where he activated his lights and sirens to make a traffic stop, but the driver continued to Third Street and then to Crestwood Street without stopping.

The vehicle continued to the corner of Crestwood and Sonnet Street where it finally stopped and the driver, later identified as Smith, got out and "took an aggressive stance" facing the officer.

The officer got out and ordered Smith back into his car, but he refused and began yelling at the officer, "What I do?" and it was noted his speech was slurred. At one point, Smith reportedly began yelling, "Shoot me! Shoot me!"

The officer pulled his stun gun and pointed it at Smith. Then another officer struck him with "a nonlethal impact round," but he still refused to comply. Police struck him a second time, causing him to fall to the ground.

When officers were able to detain Smith, they noted he was unsteady on his feet, had red, watery eyes and a smell of alcohol on his breath. When asked if he had been drinking, he admitted he "had a couple," according to police.

Authorities said there were two open cans of beer in his vehicle.

Smith was taken to CHI St. Vincent Hot Springs with an officer riding in the back of the ambulance due to his continued aggressive behavior.

The doctors said the man's blood alcohol content was at such a dangerous level, approximately 0.305 percent, almost four times the legal limit, that they wanted to keep him in their care until it returned to a normal level.

He was eventually released from the hospital and taken into custody shortly after 5:30 p.m. and transported to the jail, where he continued to refuse to take a Breathalyzer test.

He was released on $4,750 bond the next day and pleaded not guilty to all the charges on Oct. 15. He was set to stand trial on July 10, but the case was continued and set for a disposition hearing on Monday.