Man gets probation for spitting on central Arkansas deputy 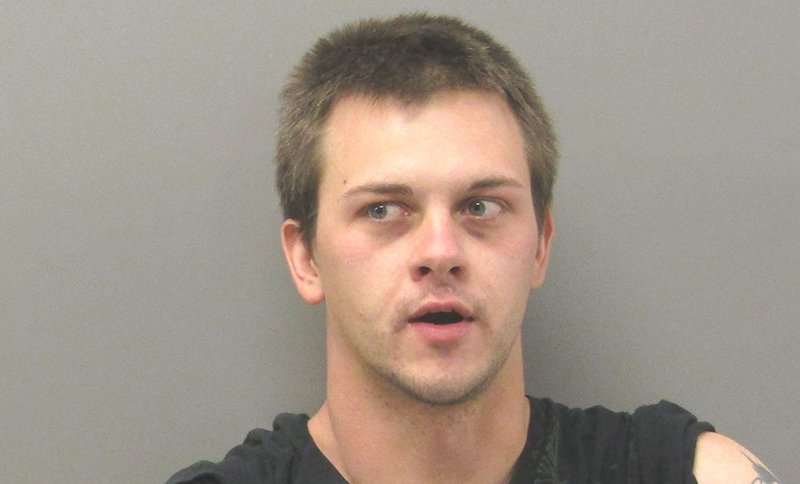 Matthew William Johnson, 29, who has remained in custody since his arrest July 11, 2018, pleaded guilty to a felony count of aggravated assault on a law enforcement officer and was sentenced to six years' probation. He also pleaded guilty to misdemeanor counts of fleeing on foot and first-degree criminal mischief and was sentenced to one year of probation on each count, all to run concurrently. He was also fined $1,000 and ordered to pay $720 in court costs.

According to the probable cause affidavit, on July 11, 2018, Sgt. Josh Cannon and Deputy Tyler Wagner were dispatched to the 100 block of Monica Street in reference to a disorderly person causing a disturbance.

A man, later identified as Johnson, began running in the other direction, toward Murphys Terrace, after seeing the deputies. Cannon caught up with Johnson at the intersection of Murphys Terrace and South Moore Road and detained him, but Johnson fled again while in handcuffs.

Wagner and Deputy John Youngblood caught up to Johnson in the 200 block of South Moore Road after Johnson head-butted a passing vehicle, causing damage to the window and hood.

After being detained a second time, Johnson became aggressive and spat in Youngblood's face.

Once at the jail, Johnson told deputies his name was Santa Claus and refused to provide any information. Officers found a wallet left behind at the Monica Street residence and were able to positively identify him as Johnson who listed a Holland, Mich., address.

Johnson remained in custody on $4,500 bond and initially pleaded not guilty to the charges on Sept. 10. On Nov. 5, he changed his plea to not guilty by reason of mental disease or defect and a mental evaluation was ordered on Jan. 24, 2019. At a hearing on March 22, he was found fit to proceed and a trial was set for Tuesday, but he opted to plead guilty to the charges at his pretrial hearing on Monday.