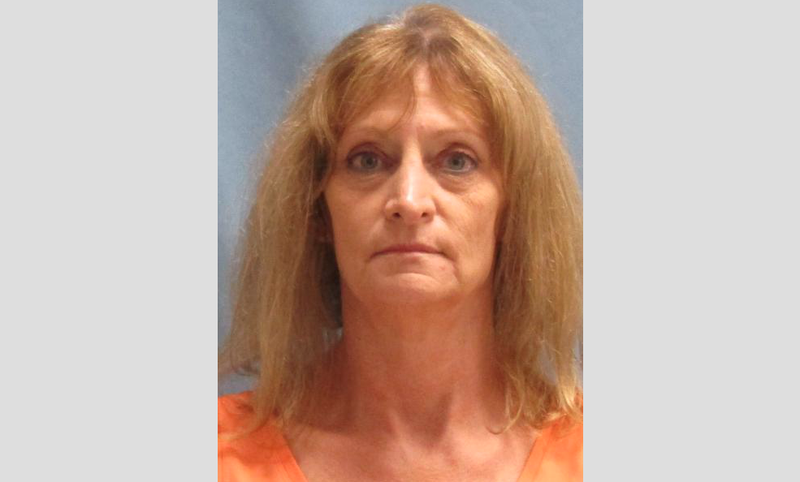 A 55-year-old Mayflower woman who crushed a romantic rival's pelvis in a May 2018 hit-and-run in Little Rock was sentenced Tuesday to six years in prison by Pulaski County Circuit Judge Barry Sims.

Sims also ordered Kellie Traylor to pay victim Heather Gortney, 32, of Roland $3,900 for her medical bills and other expenses. The judge ordered that Traylor serve a three-year suspended sentence after her release from prison that is conditioned on her making restitution.

At a nonjury trial last month, Sims also convicted Traylor of aggravated assault against Shannon Honey, 55, who was almost hit by Traylor's pickup during the May 2018 encounter in front of Honey's Lilac Circle home. Traylor is married to Honey's brother.

The judge found Traylor guilty of first-degree battery for the injuries inflicted on Gortney when Traylor crushed her between her moving pickup and Gortney's parked Ford Expedition.

Traylor faced a maximum of 26 years but her attorney, Mark Jesse, urged the judge to spare her prison time and impose probation to allow Traylor to make restitution. Jesse also asked Sims to take into account that Traylor has never been in trouble with the law before.

Deputy prosecutor Sharon Strong asked for prison time, citing testimony from two witnesses who saw a female driver fleeing the scene. One described the driver as "laughing hysterically," while the second testified the driver was "pumping" her arm up and down as she drove away. The prosecutor also noted that Traylor, despite her lack of criminal convictions, had tested positive for methamphetamine at a pretrial court appearance.

Gortney's injuries required surgery that kept her in the hospital for nine days and prevented her from living in her own home or caring for her two children for about three months, she told the judge. She's still under a doctor's care and the incident traumatized her daughter, requiring counseling, Gortney said.

"It took my kids out of the house for a quarter of a year," she testified.

Traylor did not testify Tuesday but her husband, James Traylor, 57, of Mayflower told the judge that what happened was an accident.

"I know she didn't do this on purpose," James Traylor said, telling Sims that he had not been told the full story.

He said his wife also has suffered, saying she had suffered a "breakdown" that required her to be hospitalized.

Witnesses, including police, testified at trial that Gortney could not stand or walk after Traylor hit her.

Traylor told the judge at trial that she didn't know what happened to Gortney but that the woman was standing in the street when she left.

Traylor testified that she'd stopped by the house to see her mother-in-law but that Honey demanded she leave and started punching her when she refused. Traylor said she started driving away just as a screaming Gortney ran up, swinging something at her. She said Gortney missed her but hit the truck.