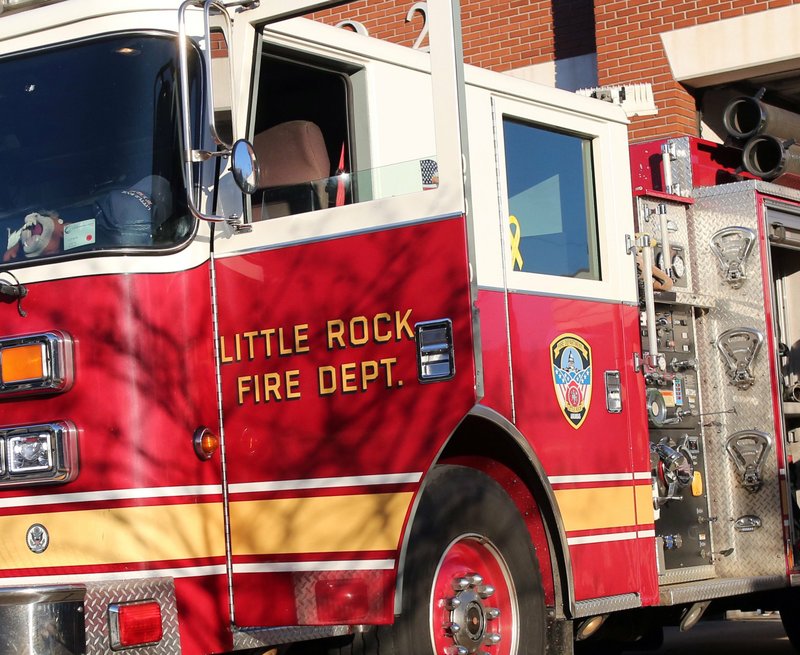 FILE — A Little Rock Fire Department truck is shown in this 2018 file photo.

Two people died in a fiery traffic crash, and a pedestrian was struck and killed by a car early Saturday, all in Little Rock, authorities reported.

A driver and passenger where killed when the BMW they were in crashed into a rock in the traffic circle at Riverfront Drive and Rebsamen Park Road and caught fire, authorities said.

After the fire was extinguished, the driver and passenger were found dead inside the vehicle, Barber said.

Ford said neither person had been identified as of Saturday evening, and the crash remained under investigation.

Minutes later, a 21-year-old Conway man was hit by a car on Interstate 30 in Little Rock, authorities said.

Albaro Leon was crossing I-30 on foot near McDaniel Drive when he was hit by a westbound Nissan Altima, according to an Arkansas State Police report.

Leon suffered fatal injuries. No one else was reported injured.

The weather was clear, and the pavement was reported as dry at the time of the incident.