New coach starts over at Beebe 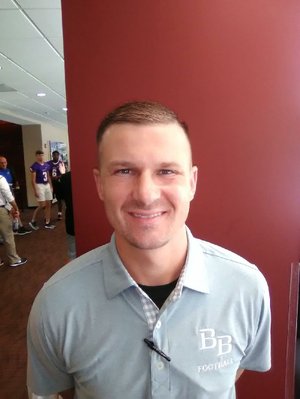 The former Alma offensive coordinator is up for the challenge with the Badgers, who finished 4-6 last season.

"It's been a task," Gunter said. "It hasn't been taken lightly. I found out real soon that I can't take anything for granted. I've got to go back and teach from a seventh-grade level. They've never understood splits or spacing, or how to read. We didn't have a guy who could accurately take a three-step drop. We've just been introducing a lot of that stuff to them.

"Everything is new. When you're at a place for eight or nine years, you never really start over. Things kind of carry over. But I think this has made me a better coach and a better man. I've had to go back and figure out the rudimentary stages of coaching. It's taken a little longer than expected, but I love the kids. They're excited. They run through the door at 5:30 a.m. every day and they're ready to go."

Beebe, which returns seven starters (three offense, four defense), has 74 players on its roster as of this past week, Gunter said.

"I'm happy with where the numbers are," Gunter said. "I feel good for our program in our first year."

The Badgers are part of a 5A-Central Conference that has featured the past five Class 5A state champions in Pulaski Academy (2014-17) and Little Rock Christian (2018). Gunter appreciates the success of the Bruins and Warriors, but he wants to take small steps with Beebe this season.

"They're really good programs, and they do it year in and year out," Gunter said. "What we're going to have to do is not focus on the prize. I know that's cliche and I know a lot of people don't want to hear that. But we're going to have to take it one day at a time. We have to come to work every day and bring our lunch pail. We have to have that ability to focus on the now. The results will come with that type of mentality."

Beebe will face Greenbrier on Aug. 30 at Bro Erwin Stadium in Beebe in its season opener. 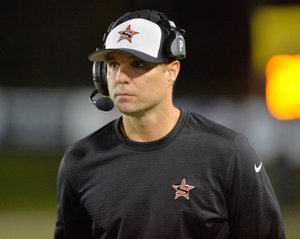 Nashville Coach Mike Volarvich is shown in this file photo.

It was a wet Tuesday for Nashville.

The Howard County town received more than 10 inches of rain from the remnants of Tropical Storm Barry from Louisiana.

Some of the rainwater entered Scrappers Coach Mike Volarvich's home in Nashville, but he said the water in Nashville had receded.

"Like a whole lot of other parts in the state, we got a whole lot of rain," Volarvich said. "It hit real quick. I know Arkadelphia got hit hard. It flooded pretty good. There's a lot of damage around town.

"The water levels are still high, but nothing like the flooding."

Volarvich and the Scrappers take on Watson Chapel on Aug. 27 at War Memorial Stadium in Little Rock. 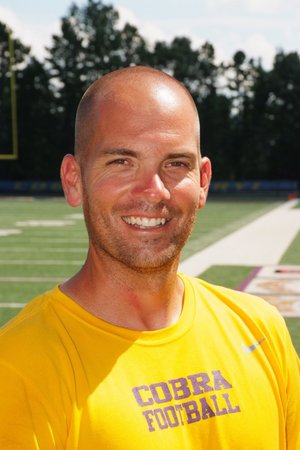 One of the state's most interesting coaching moves during the offseason happened in the 7-4A Conference.

Plumlee said he is determined to get the Leopards back to respectability.

"We're in the process of revamping the culture," said Plumlee, whose Leopards host Glen Rose in their season opener Sept. 6. "We're going to do things the right way. We'll let the scoreboard take care of itself."

After he was hired by Malvern, Plumlee called several Leopards greats -- including running back Madre Hill and coach David Alpe, both members of the Arkansas Sports Hall of Fame.

"You try to go visit with those guys and learn from them," Plumlee said.

Plumlee is no stranger to Malvern, as he was an assistant coach with the Leopards in 2013 under former coach Mike Scarborough. When Scarborough stepped down after the 2018 season, Plumlee decided to apply for the position and has returned to Hot Spring County.

The past success of the Leopards helped sway Plumlee to take over the program. 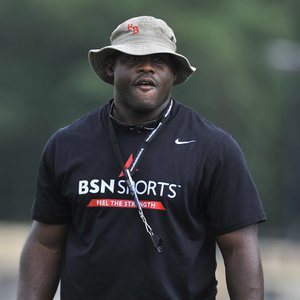 Rod Stinson is ready for his second chance.

Eight years after serving as head coach at Little Rock Hall, Stinson is now the head coach at Pine Bluff after Bobby Bolding left in March to take the White Hall coaching position.

In his one season at Hall in 2011, Stinson went 2-8 overall and 0-7 in the then-7A/6A-East. Stinson said he's learned a lot of things working for Bolding, and he hopes for better success a second time around as a head coach.

"I want to be able to get our kids to focus and work hard," Stinson said. "Execute and play hard on Friday nights."

Stinson credited Bolding for turning around Pine Bluff in his 12 seasons at the school.

"He definitely left an impact," Stinson said. "That's the tradition of Pine Bluff football. One coach leaves, another one comes in and picks it up. That's our mindset that we have as a coaching staff. That's the mindset that we give the kids. No matter who's on top, Pine Bluff has the tradition of being able to play some good football and that's where we want to keep it."