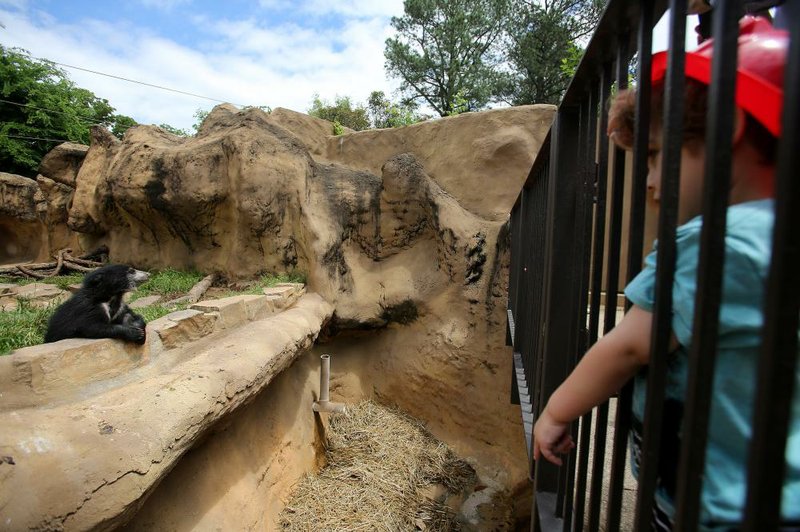 Little Rock Mayor Frank Scott Jr. and the Arkansas Zoological Foundation on Monday announced the creation of a task force that will study planning and development for the city’s zoo.

The “Task Force for the Zoo’s Future,” part of Scott’s initiative to consider the future of the War Memorial Park area, will scrutinize the zoo’s business model and facilities master plan and develop a funding action plan, according to a news release by the city.

The zoo's master plan was initially developed in 2014, and members of the new team will consider new strategies in park and animal habitat design, as well as guest amenities, officials said.

“As one of the largest tourist attractions in the state and the only accredited zoo in Arkansas, the Little Rock Zoo is an important part of War Memorial Park and our City,” Scott said.

According to the release, task force members will include:

• Brad Cazort, Chair of the Zoo Board of Governors

• State Sen. Joyce Elliott, Vice-Chair of the Mayor’s Quality of Life Subcommittee for the Scott Script

• Kathy Webb, City Ward 3 Director and liaison to the Zoo Board of Governors

Zoo Director Susan Altrui, City Manager Bruce Moore, and Jay Chessir, President and CEO of the Greater Little Rock Chamber of Commerce are to serve in ex-officio roles, officials said. According to the release, Schultz & Williams, a “zoo consulting firm” will support the task force with business planning regarding public-private partnerships. The Arkansas Zoological Foundation contracted the firm for $26,000 excluding travel expenses, according to officials.