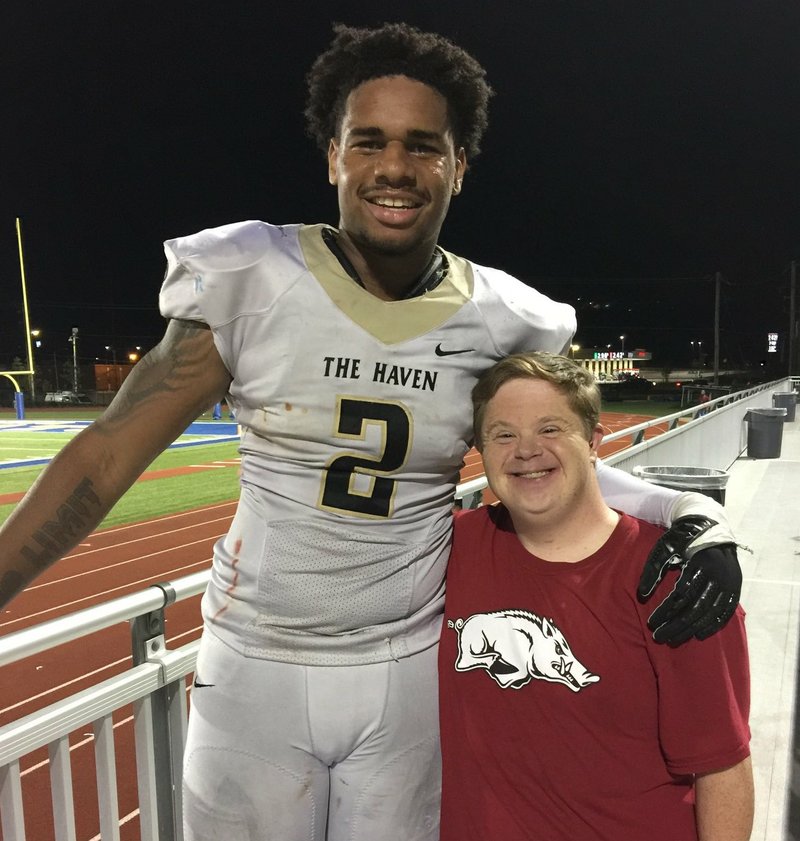 Arkansas coach Chad Morris and staff received their second linebacker commitment for the 2020 class with Martavius French's pledge to the Hogs.

French, 6-2, 236 pounds, 4.7 seconds in the 40-yard dash, of Memphis Whitehaven had other scholarship offers from Tennessee, Ole Miss, Mississippi State, LSU, Oklahoma, Florida and others.

His relaltionship with Morris, defensive coordinator John Chavis, special assistant Sean Tuohy and others on staff convinced him Fayetteville was where he needed to be.

“It’s just a feeling you can have inside that they’re really like family,” French said. “They’re not just feeding me just any information or feeding me any lies. They’re telling me the whole truth and showing me how it is.”

He’s expected to visit Fayetteville for the Fall Kickoff Cookout on Friday. He previously visited on March 9 and for the Alabama game last fall along with another trip last year in the spring.

He had 135 tackles, 15 tackles for loss, 2 sacks, 2 interceptions, 4 forced fumbles and 2 recovered fumbles as a junior for the Tigers, who finished state runner-up in Class 6A. He and teammate and Hog linebacker target Bryson Eason have been named to preseason high school Butkus Award Watch List.

"He’s been in my magazine for the past three years," said Lemming, who's been covering the national recruiting scene since 1978. "He has good size, can run to the ball and make plays. He plays for one of the top programs in Tennessee. He's an All-American caliber linebacker."