JOHN DEERING CARTOON: He doesn't have a racist bonespur in his body 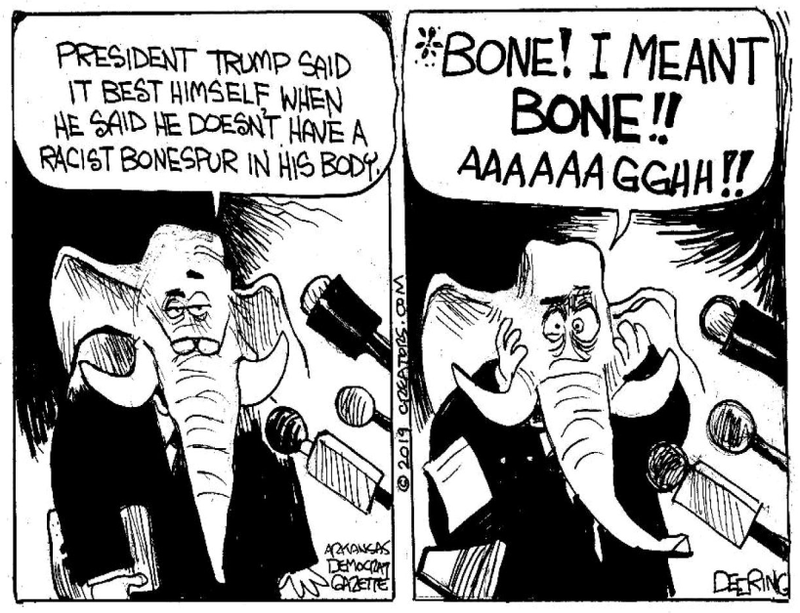