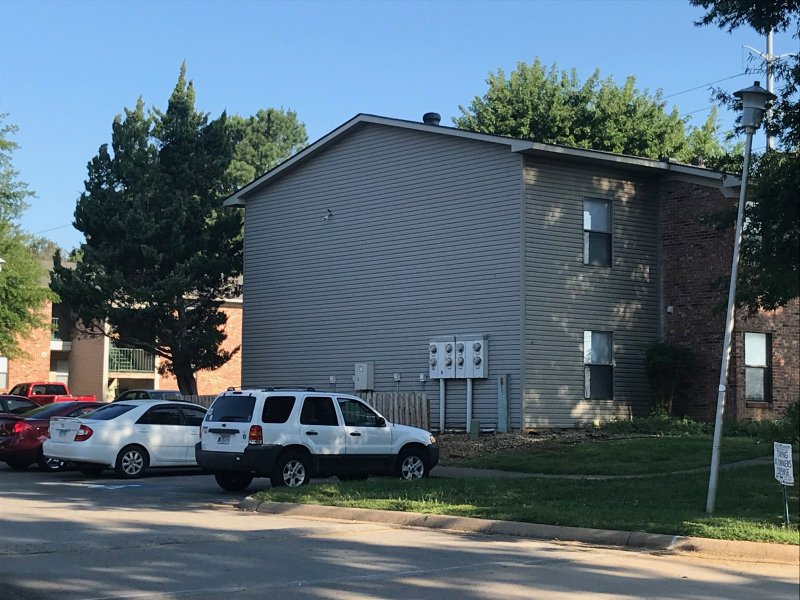 An area of Chestnut Meadows Apartments, where a non-life threatening shooting took place early this morning. (Photo by David Gottschalk)

Police are investigating a shooting reported just after midnight at the Chestnut Meadows Apartments in Fayetteville.

Spokesman Sgt. Anthony Murphy said at the same time the shooting was reported at the apartment complex at 9E, 2701 N. Chestnut Ave. police received a call from Washington Regional Medical Center that a person had been brought to the hospital with a gunshot wound to the hand.

Murphy said police believe an altercation at the apartment led to the shooting. He said the person shot was a teenage boy and the injury was not life-threatening.