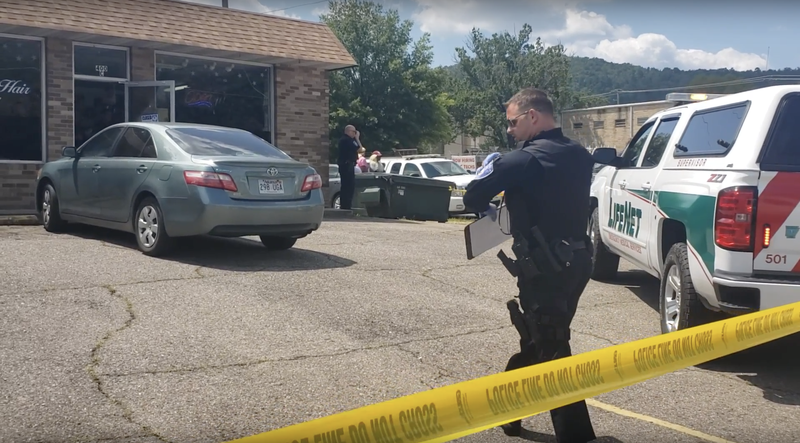 The Sentinel-Record/Grace Brown Hot Springs police work the scene of a reported fatal shooting at Third and Rector Wednesday afternoon.

Two sisters were killed in a shooting Wednesday in Hot Springs that stemmed from an ongoing dispute between them and an employee at Simply Unique Hair Beauty Supply, according to a news release from the police department.

Officers with the Hot Springs Police Department said Montieria Myers, 22, and Mernaiya Myers, 19, both of Hot Springs, were killed in a shooting at a local beauty supply store.

Officers responded at 2:41 p.m. Wednesday to Simply Unique Hair Beauty Supply, 400 3rd St., the release states. Based on video surveillance and interviews, officers said the sisters and a third person entered the beauty supply store to confront an employee about an ongoing dispute. The release states that a physical altercation broke out between them and the shop employee, which resulted in shots being fired and the two sisters being killed.

One of the sisters was killed at the scene, a previous release stated, and a second sister was taken to the hospital and later died.

Officers said a case file will be presented to the local prosecutor's office to determine if any changes will be filed.