Walmart to roll out test of self-driving vehicles in Arkansas 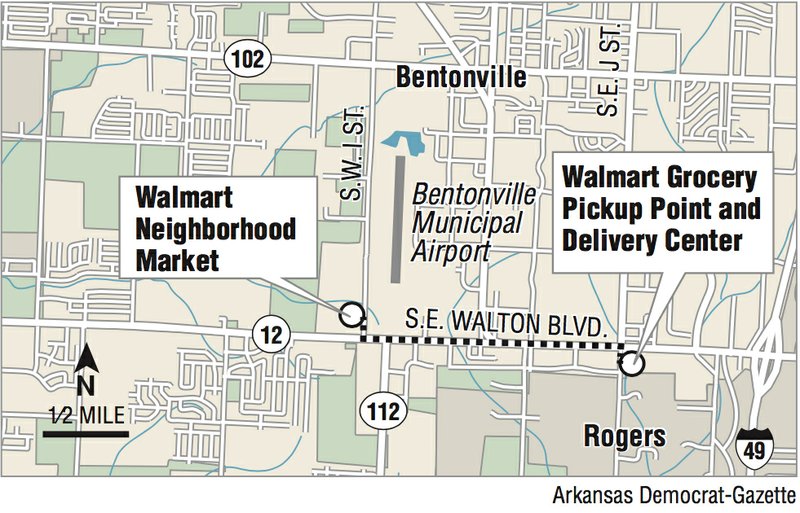 Walmart is expanding its testing of autonomous delivery vehicles to Bentonville, home of its global headquarters.

The retailer is to announce details today of the pilot program in which it will deploy autonomous vehicles to deliver packages on a 1.8-mile section of Southeast Walton Boulevard.

The section is between a Walmart Neighborhood Market at 906 SW Regional Airport Blvd. and a Walmart grocery pickup point and delivery center at 3701 SE Dodson Road. The section, which also is part of U.S. 71B and Arkansas 12, is a five-lane thoroughfare for 38,000 vehicles daily, according to the Arkansas Department of Transportation.

The vehicles will be staffed with drivers as part of a pilot program authorized under Act 468 of 2019, a bill that Walmart supported in the 92nd regular meeting of the Arkansas General Assembly held earlier this year.

Passage of the law allowed Walmart to take the project and the jobs associated with it to its headquarters, said Rachel Griffin, a senior manager on the retailer's autonomous transportation team.

"We've been testing for about a year in Arizona, so we're excited whenever the legislation passed here in Arkansas that could bring this work here and job creation," she said Wednesday.

The vehicles to be used in the pilot program are Ford Transit vans, which are gasoline-powered vehicles that have been retrofitted to operate autonomously, Griffin said.

Griffin spoke at a meeting of the Arkansas Highway Commission, which approved Walmart's application to establish the pilot program in Arkansas.

Under the program, the vehicles won't be fully autonomous, said Scott Bennett, the director of the Arkansas Transportation Department.

"It's a fairly straight shot," Bennett said of the route. "There is a driver in the vehicle. They can take over the vehicle if needed. They're operating on a set route with one alternative.

The pilot project will be operated from 8 a.m. to 8 p.m. seven days a week, he said. In the application, Walmart officials said the driverless vehicles would make from five to nine trips per day.

Act 458 limits the number of vehicles in a pilot project to three.

Walmart has been testing autonomous vehicles in Arizona for almost a year.

Earlier this year, Walmart began testing the use of self-driving cargo vans to deliver grocery orders. It contracted with startup Udelv to deliver online grocery orders, also in the Phoenix area.

Walmart also has been testing driverless vehicles in Miami.

Grocery chain Kroger Co., among others, also has been testing self-driving "delivery pods."

For all that, Bennett said, the technology remains young.

"It's not happening everywhere around the country, but it's happening in several places," he said. "And it's still one of those things that as much money as has been invested in this technology, it's still really in its infancy stages as far as implementation goes.

"We believe it is going to be something that's safe and pretty simple. It will be a good example of how this program might be able to be expanded in Arkansas."

Print Headline: Walmart to roll out test of new delivery plan in hometown