2nd farm-aid round starts in August 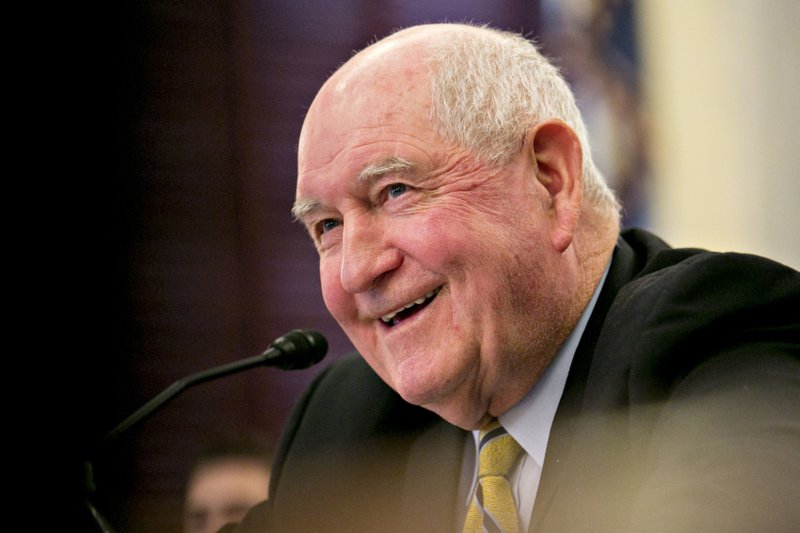 U.S. agriculture officials are preparing to roll out another $16 billion in aid to farmers hurt by the United States' trade war with China, with payments to begin next month.

The second round of tariff-aid payments will give time for President Donald Trump to strike trade deals, Agriculture Secretary Sonny Perdue said on a conference call Thursday that gave details of the new package.

The package holds key provisions meant to prevent large corporations from scooping up big payouts at the expense of small farmers.

Payments are based on similar damage criteria as the first round and are designed to avoid distorting planting decisions. But rather than rates based on crop type, the program uses a blend of crops grown in each county, with corn growers getting the same rate as wheat, for example.

Fifty percent of farmers' aid will be paid out at the end of August, in the first of three payments.

In 2018, payout to individual farmers hurt by the trade war with China was capped at $125,000; this time, it has been raised to $250,000 per person or legal entity, with a cap of $500,000 across three categories -- those who grow row crops; those who produce specialty crops such as nuts, cranberries and grapes; and producers of dairy and pork. The rate will range from $15 to $150 an acre.

The $500,000 cap comes in response to claims of significant abuse in last year's $12 billion trade-relief package.

The Environmental Working Group, using data received under the Freedom of Information Act, found that some individual farmers in five states -- Indiana, Illinois, Missouri, Tennessee and Texas -- received more than $900,000 in 2018, largely under a loophole that allowed each member of a farm-owning family to apply for relief.

From an architect in Manhattan to Chinese conglomerates and Brazilian beef companies, money flowed to foreign-owned businesses and to those who don't live or work on a farm. More than $38 million in aid money went to residents of San Francisco, Los Angeles and New York.

American farmers are struggling as losses from trade disputes compound other woes including severe weather and years of global overproduction that has kept prices low. U.S. farm income dropped 16% last year to $63 billion, about half the level it was as recently as 2013. For Trump, appeasing his rural-voter base has become crucial ahead of 2020 elections.

John Brengle, a fifth-generation farmer who grows corn and soybeans on 5,000 acres in Metcalf, Ill., said in a telephone interview the the aid was "very necessary" after "the trade war has hurt us tremendously."

He's had to cut costs because of the trade dispute's impact and delay replacement of equipment. Still, he stands by Trump.

"There's no doubt in my mind" that something had to be done about China, Brengle said. "I'm not 100% sure the American farmer can afford the" war, but as long as Trump's standing up to China, he's backing him, he said.

Trump announced the new aid package in May as he stepped up his trade war with China by threatening new tariffs against the Asian nation. At the time, the USDA said growers of crops including corn, soybeans and wheat will receive a payment based on a single county rate multiplied by a farm's total plantings to those crops in aggregate in 2019.

The package sets aside $1.4 billion of the total $16 billion to purchase food directly from affected farmers and distribute it to an expanded network of food banks and food pantries.

Democrats were skeptical about the new aid plan.

"These short-term, inequitable payouts are not a replacement for markets and a coherent trade strategy," Debbie Stabenow, D-Mich., ranking member of the Senate Committee on Agriculture, Nutrition, and Forestry, said in a statement. "This aid is not equitable and favors certain farmers over others. Bottom line -- it's not fair."

The USDA's chief economist, Rob Johannson, said that the payment rates are based on the agency's estimates of trade damage and that retaliatory tariffs have persisted longer than expected.

"We looked at trade over the past 10 years and determined the maximum amount of trade that a retaliating country could have had," Johannson told reporters. "We do get larger amounts of damages [when we] look at the number of retaliatory tariffs and a number of nontariff barriers that are affecting farmers."

And Perdue admitted that the relief would not make up for farmers' recent struggles with falling farm income and commodity prices, rising debt and floods that disrupted spring planting.

"If you go out and survey farmers and ask them for their results, you won't find any that feel they've been made whole by this program," he said.

U.S. Trade Representative Robert Lighthizer and Treasury Secretary Steven Mnuchin are set to travel Monday to China for the first high-level, face-to-face trade negotiations between the world's two biggest economies since talks broke down in May.

Information for this article was contributed by Mike Dorning and Mario Parker of Bloomberg News; by Stephen Steed of the Arkansas Democrat-Gazette; and by Laura Reiley of The Washington Post.