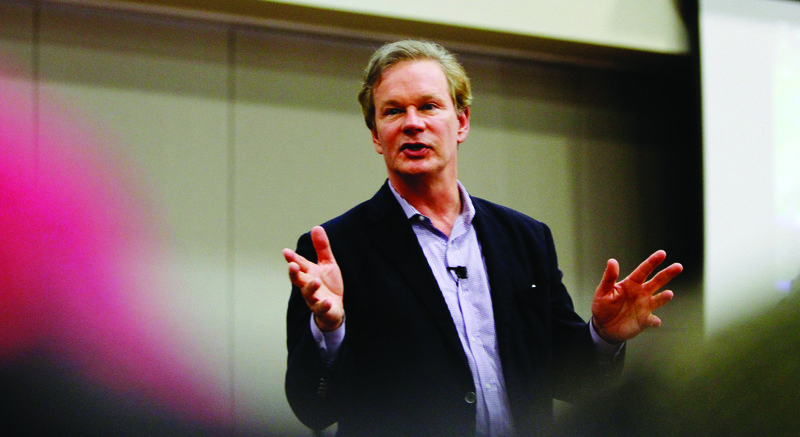 The chairman of a public relations firm that does work for the state parks and tourism agency said Friday that the firm does not support a quadruple pay increase sought by its subcontractor, Arkansas-based celebrity gardener P. Allen Smith, and was not told of the request before it reached state officials.

But Smith, in an interview, said state officials don't understand the metrics of media impact and the increase in pay was promised eight years ago when he was approached by the marketing firm, CJRW, to promote the state through his national and international public television shows and other media venues.

Darin Gray, chairman and chief executive officer of CJRW of Little Rock, said in an email that Smith's proposal to increase his marketing subcontract with the state from $200,000 to $845,000 a year does not hold water where results are concerned. The firm does marketing for the Department of Parks, Heritage and Tourism.

"Based on independent research analytics and reported results, his efforts deliver a high-cost, low-return model for the audience demographic reached when compared to other vendors reaching similar target audiences," Gray said.

Stacy Hurst, secretary of the parks and tourism department, was called before state lawmakers on Wednesday to defend her decision to nip Smith's proposal in the bud.

She told members of the House and Senate committees on State Agencies and Governmental Affairs that Smith's request -- which predated Hurst's term -- was first made directly to Gov. Asa Hutchinson, but she could not approve of such a great increase with the low results from Smith's role as an influencer to drive business to the state's website and other tourism attractions.

Hurst said in an email Friday that for such a substantial increase over the previous amount, there would have to be "a substantially increased return on investment" that just wasn't there. She said Smith's efforts underperform compared with other state marketing efforts.

But Smith countered that his effect for the state is substantial and that Hurst does not understand how to interpret media impact. Smith said a large portion of his TV shows in the past 12 months were produced from 42 Arkansas locations. He said he heavily markets the state's attractions and the talents of its residents not only on the shows, but in his podcasts, newsletters and video blogs.

His guided tours of his gardens and Jefferson-inspired farm home in Roland draw visitors from around the globe, and it is a popular wedding venue.

"The blue-market book of marketing would say that comes to about $1.3 million that I brought to the state during that time," Smith said. "We laid out all books for them [state officials] to see the returns on their investments. We had monthly reports, quarterly face-to-face meetings and monthly phone meetings."

Smith said he met with the governor in March and again in May to present a proposal to increase his marketing influence to benefit not only parks and tourism, but also nine other state agencies. The cost of his upgraded subcontract would be divided among the agencies he impacted, Smith said.

When contacted, Hutchinson said through an email that Smith's annual subcontract has grown from $77,000 to $200,000 since he began and the latest proposal is too "substantial an increase from the previous budget year."

"With any marketing contract, it is important that the state invest taxpayer dollars wisely. The return on investment is key, which is why I rely upon the marketing team at the Department of Parks, Heritage and Tourism to analyze and make decisions based upon data analysis and professional recommendations," Hutchinson said. "I asked them to examine the P. Allen Smith contract, and I support the team's decision to keep it at $200,000 per year based on the information provided by Mr. Smith and his team. This represents a substantial increase in funding for the contract in the last five years, and the marketing team believes it is at the right level. I recognize the amazing talent and national profile of P. Allen Smith, and we are hopeful that he will continue to work with the state in the future."

Hurst said she met with Smith and his team on June 19 and other state agencies. She later sought input from the state tourism director, Jim Dailey, as well as CJRW.

"And finally, I asked other state agencies if they had an interest in discussing the proposal further, and they did not," Hurst said.

Smith said he first approached Sen. Bruce Maloch, D-Magnolia, last year after a meeting of the state Fair and Livestock Association board and briefly pitched his proposal. The legislative contacts grew from there until finally visiting with Sen. Mark Johnson, R-Little Rock, when Johnson and his wife went to brunch on Easter Sunday at Smith's Moss Mountain Farm in Roland.

"In talking to Sen. Caldwell it became clear that some of the senators had not been out to the farm," Smith said. "So one evening, they paid to come out. We had a light salad, a piece of pie and some ice tea. I gave them basically the tour our visitors get, and I shared the story with them."

Four senators were in attendance at the summer tour of the farm, including Caldwell; Maloch; Sen. Breanne Davis, R-Russellville; and Sen. Will Bond, D-Little Rock.

"They wanted to see and understand firsthand what we do," Smith said. "I don't know how much traction I got from it. But I think they left informed and knew more about what I would do."

Then last week, Smith received an invitation to present his proposal to the House and Senate committees on State Agencies and Governmental Affair, of which Caldwell is a co-chairman.

Hurst said at Wednesday's committee meeting that she had been given permission by the State Parks, Recreation and Travel Commission at its meeting earlier this month to discuss the contract with Smith but that the impact on the state's taxpayers would be her top priority.

"We're fortunate in our state to have the 2% tourism [sales] tax which was approved through a legislative act to grow the tourism industry in Arkansas," Hurst said Friday. "Tourism is now the second-largest economic sector in Arkansas, generating $7.3 billion in annual revenue. We have an important responsibility to be good stewards of these taxpayer resources and use them effectively to the benefit of all Arkansans."

Smith is paid by CJRW as one of its vendors, but Gray, the chairman of CJRW, said Smith never told the agency he was going to request a higher contract directly from state officials.

"If a budget amount is approved by the Parks, Heritage and Tourism staff and commission, CJRW will negotiate contract deliverables and execute a vendor contract," Gray said.

Lawmakers said Wednesday that they wanted legislative staff members to analyze the impact of Smith's work.

Smith said he is ready to walk away from his role promoting the state.

"I have no interest in working with the agency of record for $200,000. It's gone on for far too long. They can take it," he said. "As much as we work, as hard as we work, I've given them a great price. I've got staff and they put in a lot of hard work. I've got to take care of them and their families. We've pushed it hard for the state of Arkansas this year." 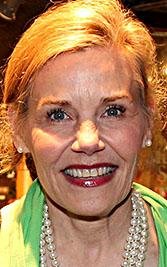 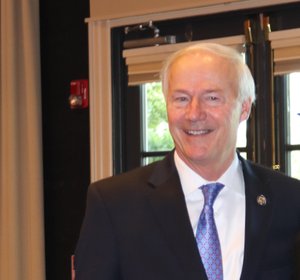 Photo by Helaine Williams
Gov. Asa Hutchinson is shown in this photo.