Today was the 100th anniversary of the Women's Suffrage Movement in Arkansas-women getting the vote! 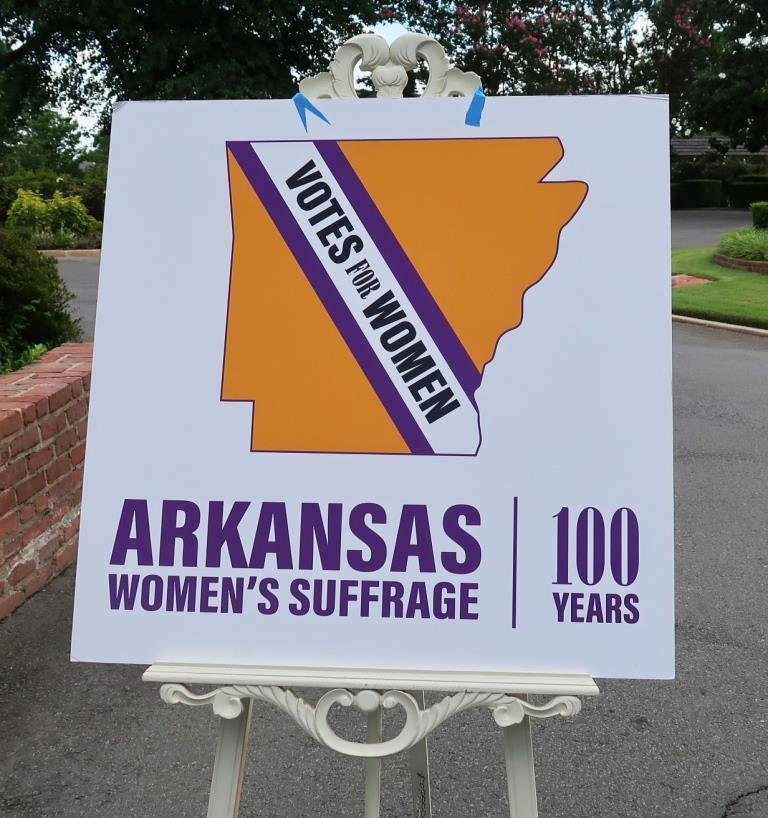 On July 28, 1919, then-Governor Brough called a special session to ratify the 19th Amendment to the US Constitution that granted women the right to vote. Arkansas became the 12th state to ratify the amendment and the first in the south! Yeah, Arkansas! It officially became law on August 26, 1920, but in 1917 Arkansas passed legislation to allow women the right to vote in a primary, and in May 1918 40,000 women voted in the Democratic primary. To help celebrate this momentous event, the Arkansas Women's Suffrage Centennial Commemoration Committee sponsored a tea at the Governor's Mansion today. 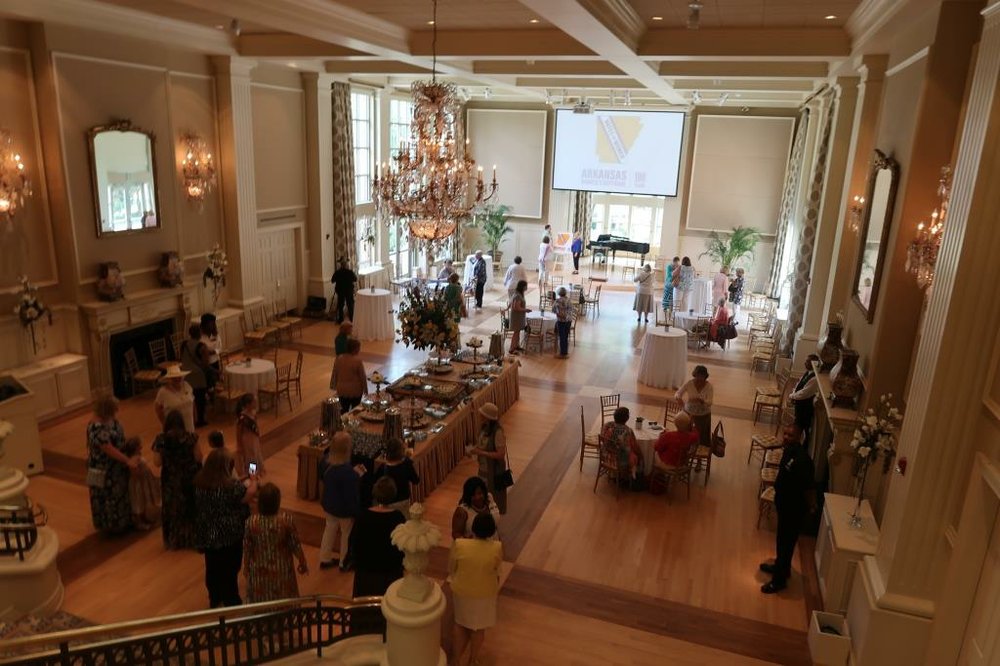 This sold-out event had women of all ages and races celebrating together over hot and cold tea and sweet and savory delights. 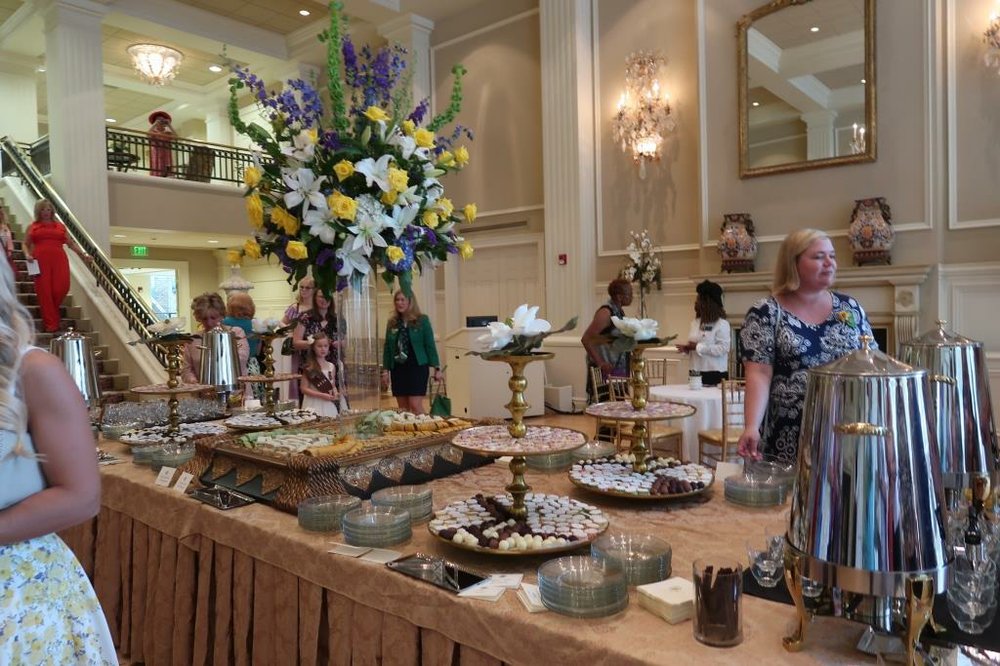 Martha Ray invited Beth, Nancy and I to attend. 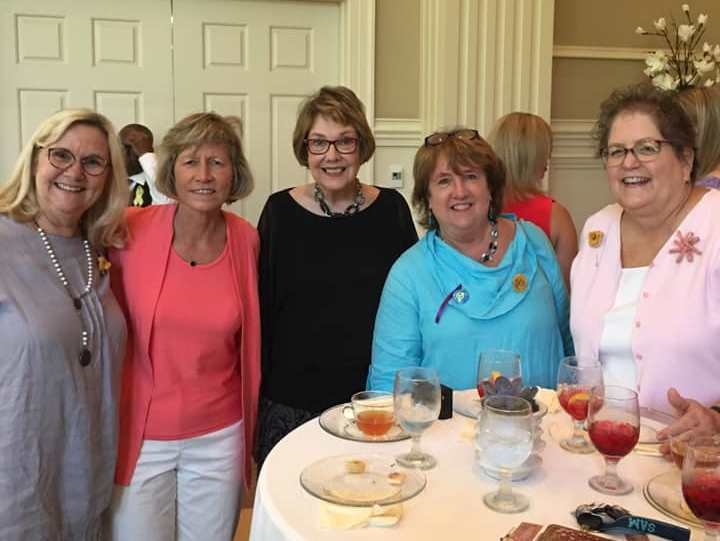 We ran into quite a few people we knew. We got to hear from Governor Asa Hutchinson, Cabinet Secretary of Parks, Heritage and Tourism Stacy Hurst, Kathleen Pate Chairwoman of the Centennial Suffrage Committee, 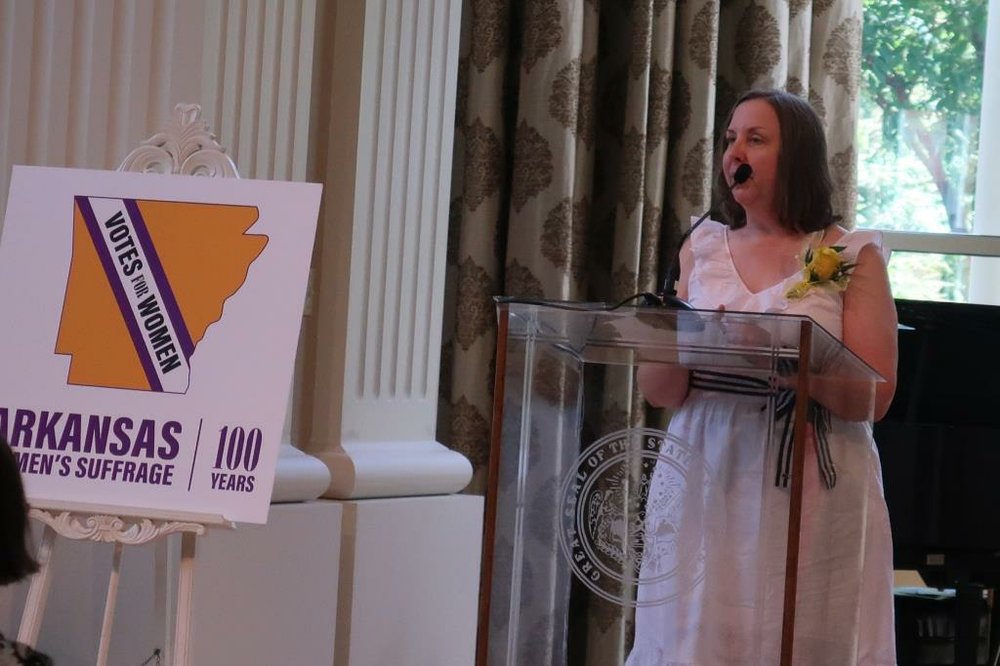 Did you know that the first organization to picket in front of the White House was the National Woman's Party in 1917? They were attacked, beaten, arrested and imprisoned, and some went on a hunger strike. But they would not be stopped--the right to vote was that important. That coupled with the work that women did during WWI helped pave the way for the Women's Suffrage Movement.

In honor of Women's Suffrage in Arkansas, the Centennial Committee has partnered with the Girl Scouts of Arkansas to plant a yellow rose in all 75 counties. 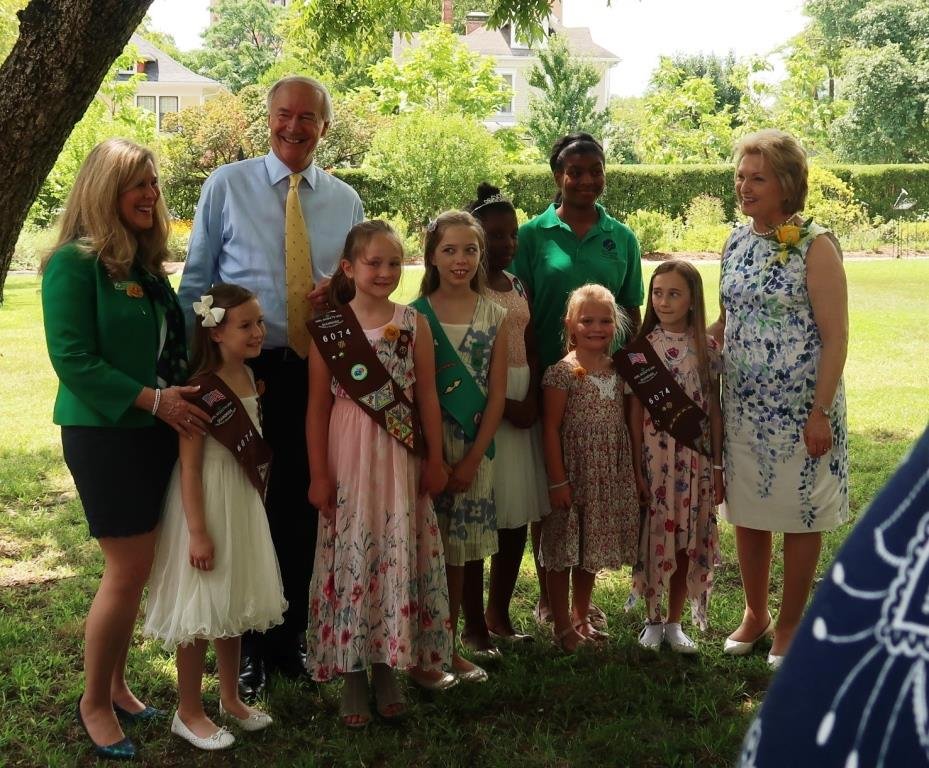 The first rose was planted today on the grounds of the Governor's Mansion. 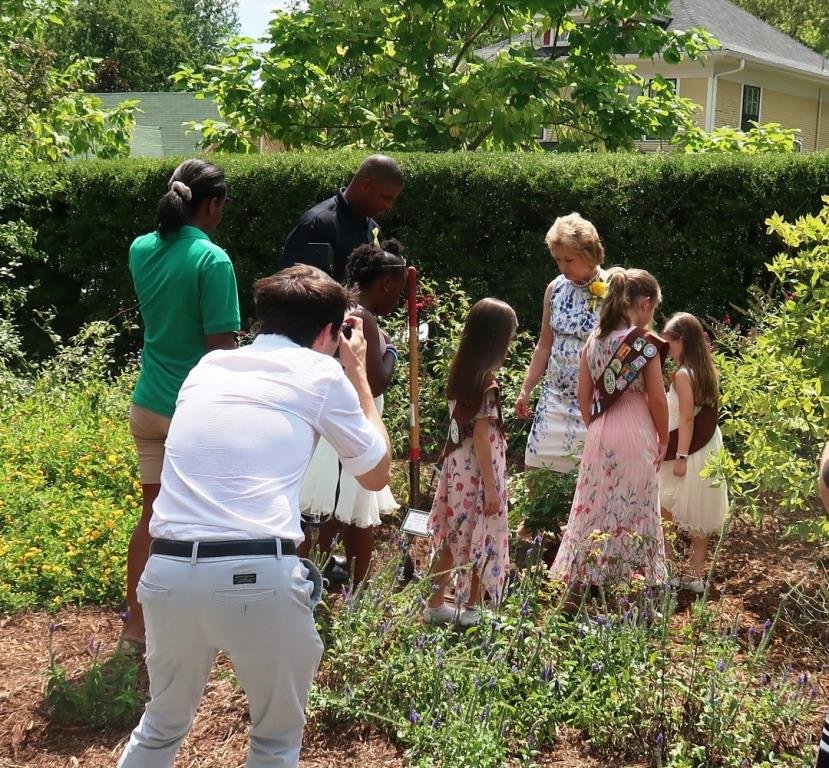 Back in the day, those who were opposed to suffrage wore a red rose, and those who supported the amendment wore a yellow rose. They also passed out cloth yellow roses for us to wear as we arrived. After a short inside program, we all trooped outside and braved the heat and humidity 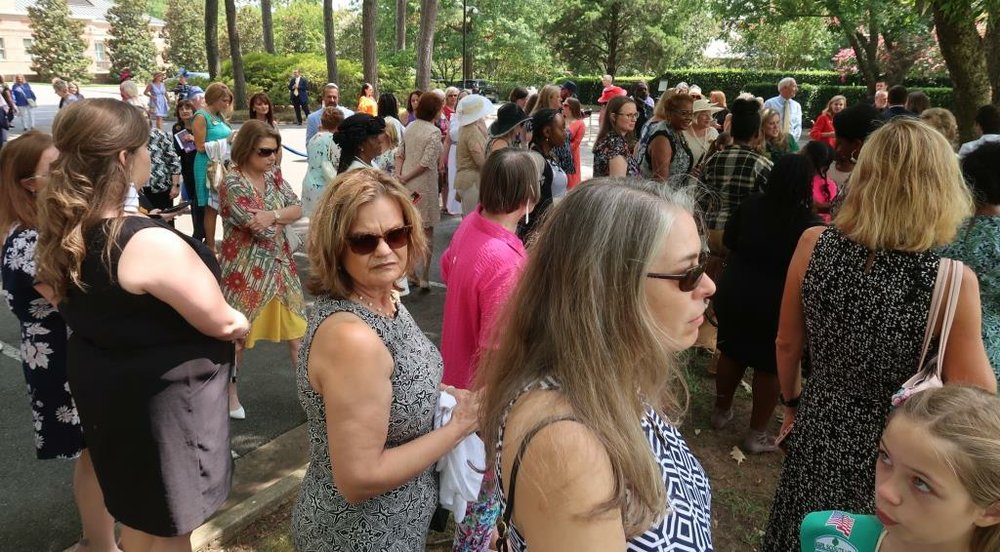 to listen to the First Lady and watch them plant a yellow 'Julia Child' floribunda rose bush. Late July is not the ideal time to be planting roses, but with attention to watering, it should do fine. 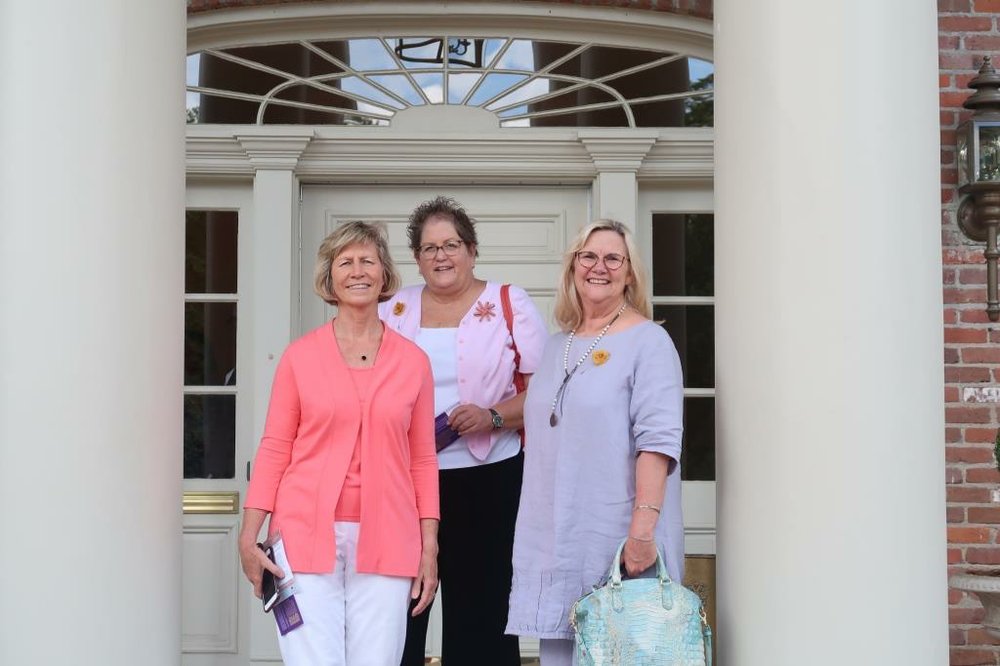 and showed Nancy some of the important things in the public rooms of the mansion. 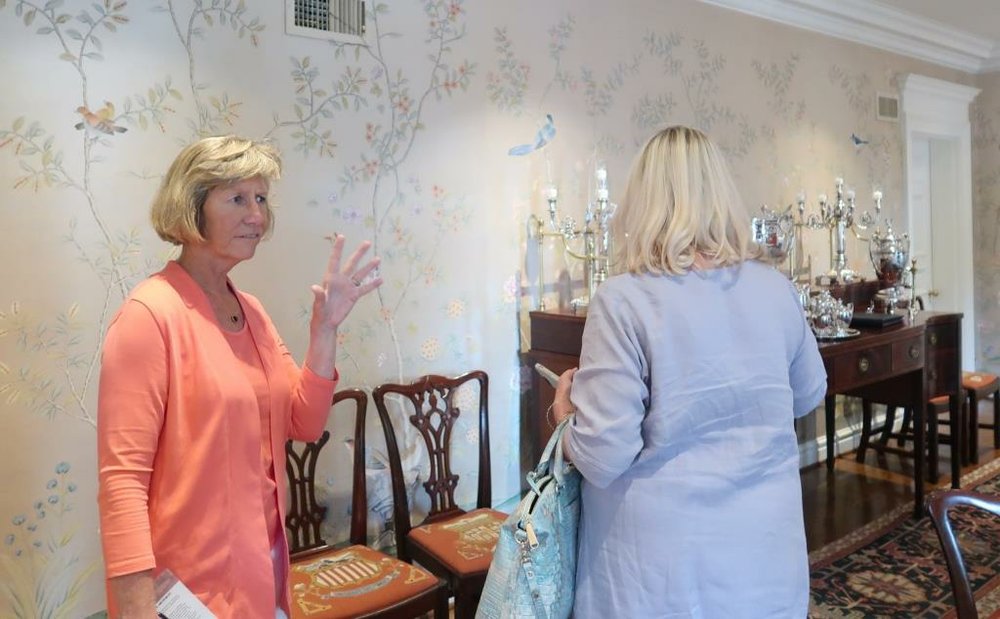 It was a delightful afternoon celebrating an important part of Arkansas' history. 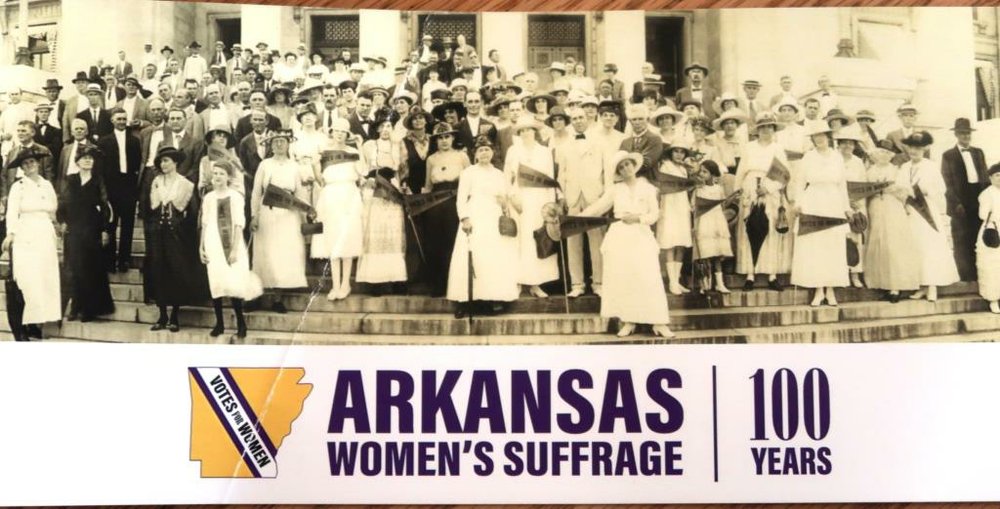