Arkansas lawmaker reaches deal in tax case, is ordered to pay at least $74,789 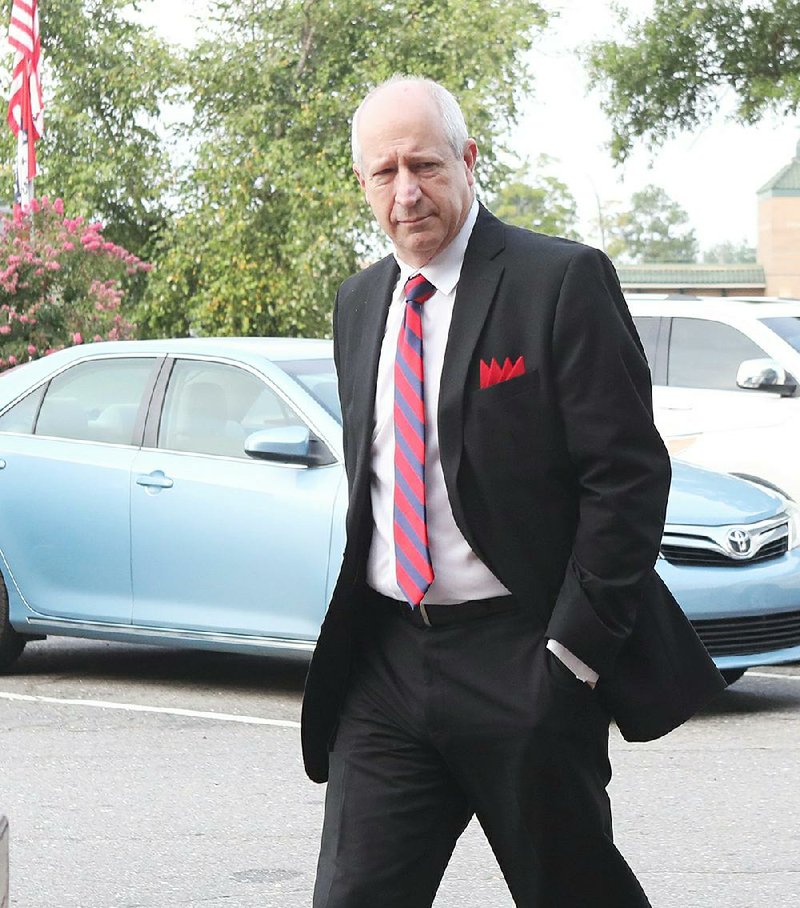 The first-time offenders statute invoked in the plea agreement allows Gates to avoid a finding of guilt if he satisfies the conditions of his six-year probation term. They include paying $74,789 in taxes, penalties and interest owed for the 2012, 2013 and 2014 tax years and filing returns for the 2015, 2016 and 2017 tax years.

Gates said in a text message that he will continue representing north Garland and west Saline counties in the state House of Representatives. Voters elected him to a third term in November despite his arrest four months earlier.

"According to the law, [the plea agreement] is not a conviction and is not to be considered as such," he said. "I will be working with [the Department of Finance and Administration] to resolve this matter. I have no plans on resigning. Since this is an ongoing court proceeding I have no public comment at this time."

The Republican Party of Arkansas said it wasn't prepared Monday to comment. A House spokesman said Speaker Matthew Shepherd, R-El Dorado, was reviewing the plea agreement and gathering further information. He had no comment late Monday.

"Mickey Gates didn't pay his taxes for years," Gray said in a news release. "When he got caught, he got a sweetheart deal. Everyone deserves a second chance, but Gates should do the right thing and step down from the Legislature."

The affidavit the Arkansas State Police filed in support of Gates' arrest said he owed $259,841 in taxes, penalties and interest as of June 2018. The sworn statement said the finance department found no tax returns for Gates in its computer system, which the statement said contains records dating back to 2003. The state tax code's six-year statute of limitations for prosecuting tax offenses limited Gates' jeopardy to the 2012 to 2017 tax years.

Special Prosecutor Jack McQuary charged Gates last summer with six counts of failing to pay or file a state income tax return, with each count punishable by up to six years in prison and a $10,000 fine. He withdrew five of the charges as part of the plea agreement, which requires Gates to make restitution on all six counts.

Paul Gehring, the finance department's assistant revenue commissioner, told the court that the state revenue agency consented to the restitution schedule and probation sentence, which McQuary said can be revoked if Gates fails to comply with the conditions. The five counts that were withdrawn Monday will be refiled if Gates falls out of compliance, McQuary said.

"[The Office of the Prosecutor Coordinator] also feels this is the best way of getting the people of Arkansas back the money that's owed to them," McQuary told the court. "If the defendant does not pay, he's facing prison time. We want to try to get the people their money back. If that doesn't work out, we will file a revocation petition."

Benton County Circuit Judge Brad Karren, whom the state Supreme Court appointed to the case, admonished Gates to comply with the finance department.

Gates' attorney, Jeff Rosenzweig, had said after pretrial hearings in January and June that Gates had acted in good faith and had done what the finance department instructed him to do. Rosenzweig told the court in June that prior to Gates' arrest the lawmaker was paying $1,500 a month toward a settlement he reached after an audit of him and his promotional products company.

"This was not a case of somebody going off grid and not doing something," Rosenzweig said after Monday's hearing. "The email traffic between [Gates] and [the Department of Finance and Administration] over the period of time in question prints out to over a foot high. This was not a case of somebody disappearing and not doing anything. He was in various disagreements, disputes, arguments and negotiations with DFA during this period of time.

"I won't say they made an example out of him. I will say that it's well known in the tax and revenue community that high-profile prosecutions will tend to encourage other people to comply."

Securing a permit from his probation officer for travel outside the county is a condition of Gates' probation. Karren said the requirement does not apply to trips Gates makes to the state Capitol in his capacity as a legislator.