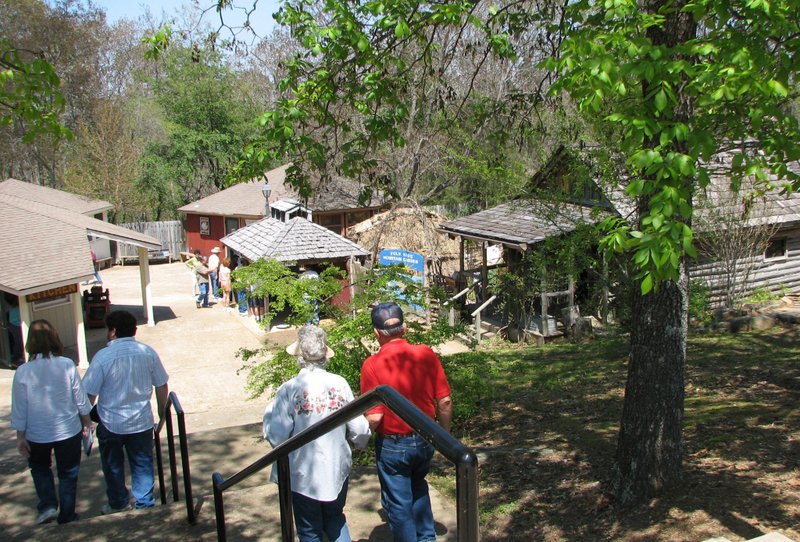 After 54 years, the Mountain View City Council abolished the commission that served as a liaison between the city and Arkansas State Parks.

Mountain View Mayor Roger Gardner sent letters to the nine members of the Ozark Folk Cultural Center Commission, many of whom were blindsided by the news.

"I wasn't aware of that," said Patricia French, vice chairman of the commission, who was shopping at a Home Depot in Jonesboro on Tuesday afternoon. "I haven't gotten my mail in the last couple of days."

The commission contained some of the foremost experts on Ozark Mountain culture, but none of them lives in Mountain View.

A lawyer informed the Mountain View City Council that the commissioners must be "qualified electors" under state law, said Gardner. Whether that means residents of the city, county or state wasn't clear, he said.

Regarding commissions, Arkansas Code Annotated 14-269-104(h) states: "In order to be eligible for membership on the commission, a person need only be a qualified elector at the time of original appointment and need not reside within the municipality."

Gardner said he reads that sentence to mean that commissioners must live in Mountain View at the time of their original appointment, but perhaps they could move out of the city afterward and remain on the commission.

Gardner said none of the commission's nine members were current residents of Mountain View. Two of them live in Stone County, where Mountain View is the county seat.

That jibes with the commission's bylaws, which state: "At all times, two of the commissioners (neither more nor less) shall be from Stone County, Arkansas."

If the commissioners aren't "qualified electors" under state law, someone could question the legalities of decisions the commission has made, said Gardner.

So on Thursday, the Mountain View City Council voted 4-1 to abolish the commission and declare the situation an emergency.

"Bottom line, if anybody takes any trouble for it, it'll be the city because the city set it up in 1965, and now it's time to clean it up," said Gardner. "We actually talked about restructuring this commission but they abolished it for now. I guess we'll be in negotiations to see if we can restructure."

The City Council formed the commission to construct and operate the Ozark Folk Center, which opened in 1973 as Ozark Folk Center State Park. It's a regional draw for people interested in Ozark music and culture.

"We approved any improvements to the park, the budget, that type of thing," said French. "It was like an oversight committee to keep the integrity of the park, so to say."

Grady Spann, director of Arkansas State Parks, said he was surprised when he heard the news Thursday night.

"I had no warning it was coming," Spann said Tuesday. "I guess the city councils can abolish those commissions and take over the responsibility of working with us. ... This commission has facilitated the expenditures and capital improvement at the park."

Spann said many of the commissioners were well known for their passion and expertise on the Ozark Mountains. The most recent commissioners included Brooks Blevins, the Noel Boyd Professor of Ozarks Studies at Missouri State University, and Bob Besom, director emeritus of the Shiloh Museum of Ozark History in Springdale.

"We've had commissioners who were scholars of Ozark culture who really helped the Folk Center with what we do and our mission," said Spann.

"I'd hate to lose these guys who are on this commission because they're some pretty heavy hitters who know what's going on," said Gardner. "These guys that were on the commission were more than capable, I think, of the task."

"I have no idea what's going on," Blevins said in an email. "I received the same letter that I guess all the commissioners received, and that's the extent of what I know. I had not heard anything about the matter before receiving that letter."

Spann said State Parks leases about 600 acres from Mountain View for $37,500 a year. He said the Ozark Folk Center State Park has a $3.2 million annual operating budget, and State Parks has spent $15.2 million improving the park since 1996.

"We have really brought this facility up to a standard that is fantastic," said Spann.

"I don't feel that Mountain View would be where they are today without the State Parks division," said Gardner.

When contacted by email, Collums referred all questions back to the mayor.

Regarding the definition of "qualified electors," Gardner cited a 2007 opinion in which former Arkansas Attorney General Dustin McDaniel wrote: "I believe a 'qualified elector' of a city is an individual who is (1) domiciled in the city; (2) at least 18 years old; (3) not an unpardoned convicted felon; and (4) not an 'idiot or insane person' as contemplated in Arkansas Constitution Article 3, [Section] 5."

In 2008, Arkansas voters overwhelming passed Proposed Amendment 1, which among other things repealed Section 5 quoted in McDaniel's opinion, but that was apparently because of the state's constitutional ban on an "idiot or insane person" being allowed to vote.

Gardner is focusing on the part in McDaniel's opinion that refers to a "qualified elector" being "domiciled in the city."

But first, city leaders have to figure out what it's trying to say.

Spann said State Parks has had a good working relationship with the Mountain View City Council, and he believes that will continue. 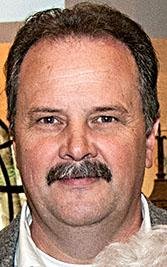 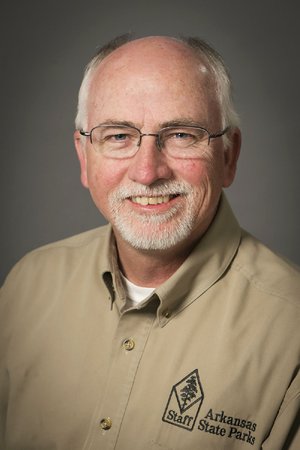 Photo by Special to the Democrat-Gazette
Grady Spann 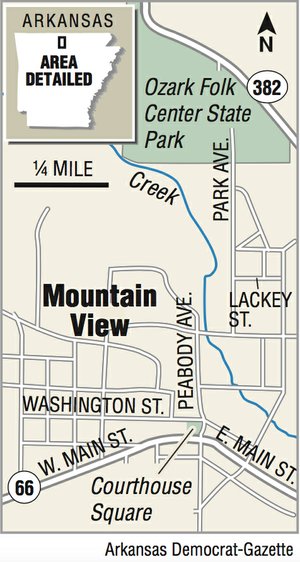