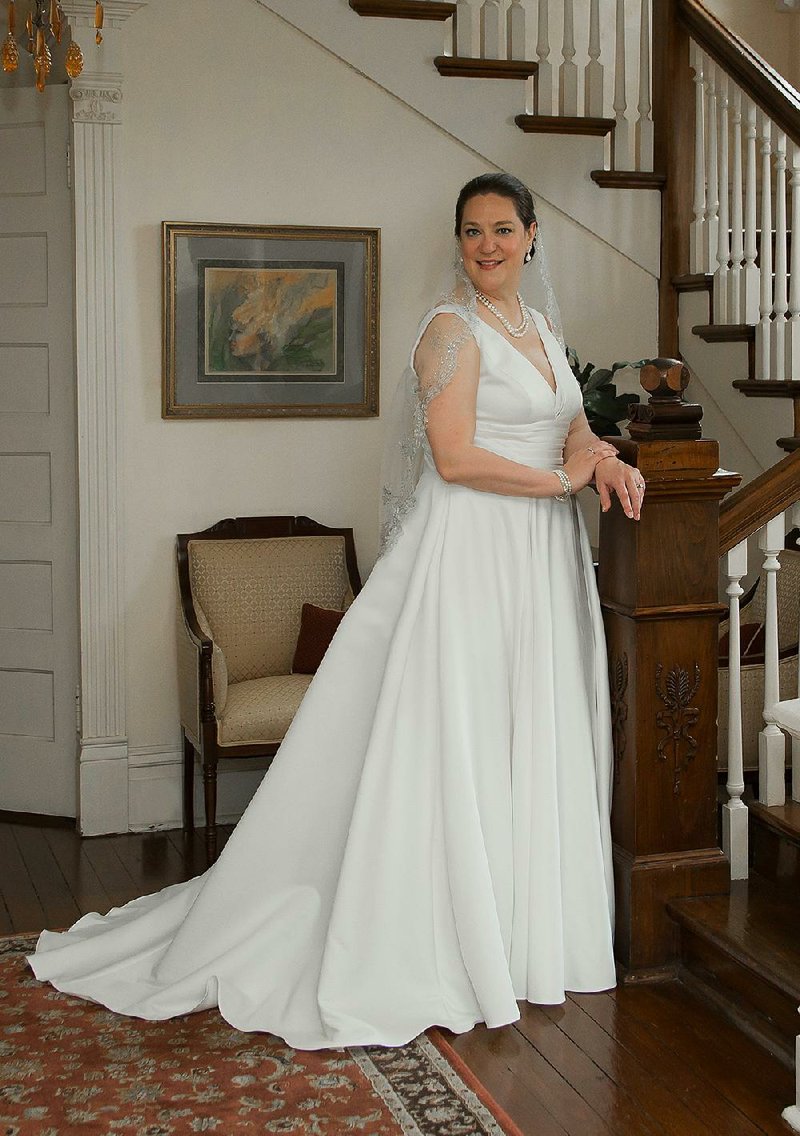 The groom is the son of Elizabeth and Stanley Anderson of Warren. His grandparents are the late Helen and A.E. Anderson of Purvis, Miss., and the late Irma and Charles Mitchell of Petal, Miss.

The bride was escorted by William C. Mann III. She wore a sleeveless ivory satin gown. The bodice had a V-neckline, wide-set shoulder straps and a low back. The skirt extended from a ruched cummerbund at the waist to a chapel train. She carried a bouquet of ivory, cream and blush roses, peonies, calla lilies, freesia, dusty miller and silver brunia.

After the ceremony, there was a champagne toast in the Gathering Hall, then a reception in the church's James B. Argue Sr. Christian Life Center. A buffet held three large centerpieces of white hydrangeas, white calla lily, blush and white peonies, white snapdragons and white garden roses in gold pilsner vases. Guest tables held low arrangements of ivory and cream and blush wedding flowers, dusty miller, silver brunia and magnolia leaves in gold compote bowls. Music was by Little Joe and the B.K.'s.

The bride has bachelor's degrees in political science and economics from Wellesley College and a master's degree from the Clinton School of Public Service. She is deputy director of the Arkansas Research Center at the University of Central Arkansas and is pursuing an interdisciplinary doctorate in leadership studies at UCA.

The groom is a graduate of Mississippi State University with a bachelor's degree in political science. He is vice president of Oasis Trading LLC.

After a honeymoon in Hot Springs, the couple will live in Little Rock.