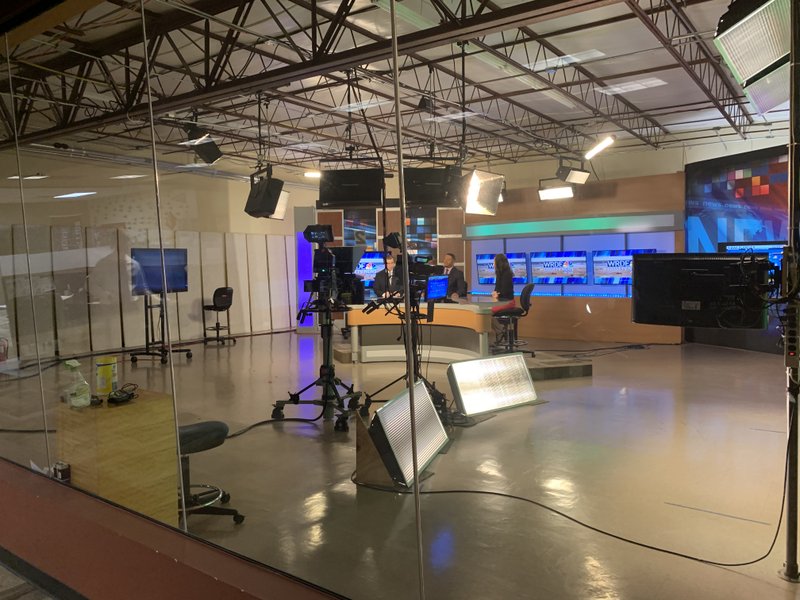 Anchors sit in a studio in Little Rock-based INN, which was purchased Saturday by Waypoint Media and will be renamed to NewsHub.

A Little-Rock based news production business was bought Saturday by a national media management company, according to a spokesman.

Waypoint Media announced its purchase of INN, which provides local news for TV stations in the Midwest and South, in a news release on Monday.

The company plans to rebrand INN as NewsHub, but doesn’t intend to relocate the business or change its operations, according to Peter Noll, spokesman for Waypoint Media. Noll declined to state how much Waypoint paid for the company.

Elden Hale Jr., who was named corporate director of news for Waypoint Media on May 21, will oversee operations at NewsHub and set about improving local news content, Noll said.

“We will continue to serve as a professional outsource that coordinates professional studio, production, on-air talent with local stations’ reporters,” Hale said. “Our ability to create customized newscasts as well as digital only platforms in this format is unmatched in local television.”

Waypoint Media operates KJNB in Jonesboro, as well as stations in Mississippi, Tennessee and Indiana, according to Waypoint Media’s website.

INN, soon to be NewsHub, provides local news and other content for stations unable to produce their own local news shows due to high production costs, according to Noll. It moved to Little Rock from Davenport, Iowa, in 2014.

“The same news team that is anchoring that the viewers would see doing the newscast in Jackson, Tenn., is also doing one in Jonesboro and Lafayette, Ind.,” Noll said.

Though the same team anchors news across several states, Noll said INN uses local news teams in each state to report on what’s happening there.

“Each newscast looks like it’s local, and it is,” Noll said. “It’s just, instead of the control room being down the hallway, it’s actually in Little Rock, Ark.”