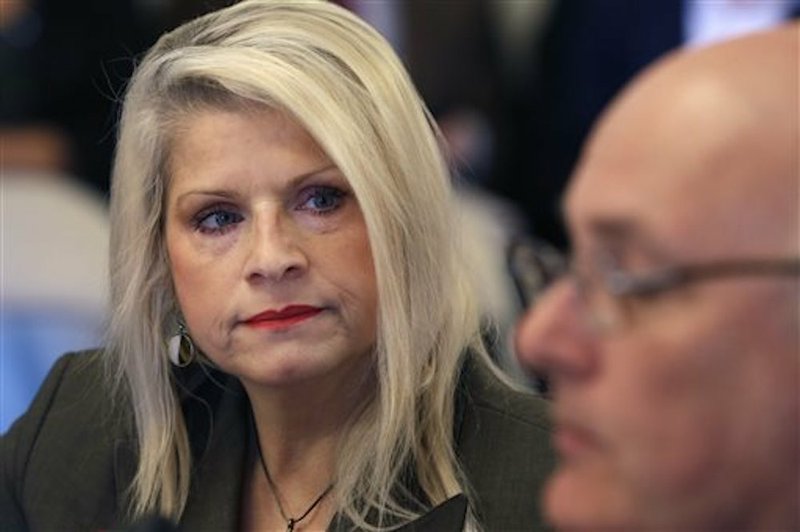 Former Arkansas Senator Linda Collins-Smith has died, the Republican Party of Arkansas said in a statement.

There was no immediate confirmation of the cause of death.

Authorities on Tuesday evening confirmed they are investigating a suspicious death at a property on Arkansas 90 in Randolph County listed in public records as Collins-Smith's residence. But officials said the identity of the deceased person hadn't yet been confirmed.

Collins-Smith lost to a primary challenger last year in her bid to retain the Senate District 19 seat. She previously also served in the Arkansas House.

In a statement on Twitter, the state Republican party said it "learned of the untimely death" of the 57-year-old.

"She was a passionate voice for her people and a close member of our Republican family," the statement said. "We are praying for her loved ones during this difficult time."

Several notable Arkansas Republicans weighed in on the news of Collins-Smith's death on Twitter.

Lt. Gov. Tim Griffin wrote that he was "in shock" over the news.

"I am heartbroken for her family & friends as they grieve, & my thoughts & prayers are w/ them during this tragic time," he wrote.

"I ask you keep her family and her friends in your prayers as they mourn her passing," he added.

In its statement, the Democratic Party of Arkansas called Collins-Smith a "friend and warm person."

"We are stunned and saddened to hear of her death," the party wrote.

Check back for updates and read Wednesday's Arkansas Democrat-Gazette for full details.