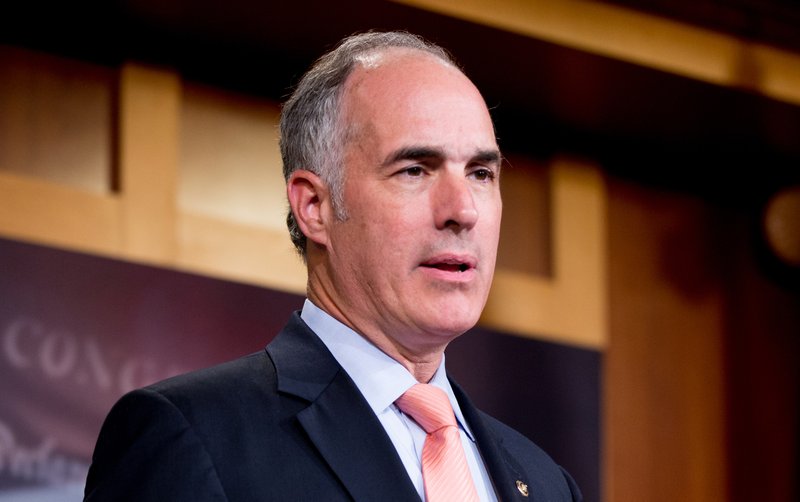 Six Arkansas nursing homes appear on a previously unreleased list of facilities flagged by regulators as having a "persistent record of poor care."

Facilities in Batesville, Wynne, Fort Smith, Pine Bluff, Yellville and Horseshoe Bend appear in an index of more than 400 nursing homes, or over 3% of facilities in the U.S., published Monday by Sens. Bob Casey, D-Pa., and Pat Toomey, R-Pa.

Assembled from data released to the senators by the Centers for Medicare and Medicaid Services, the list covers nursing homes enrolled in an expanded oversight program and hundreds marked as candidates for the program, based on their performance in inspections.

While the names of "special focus facility" program participants are public, including on a government website that compares nursing homes, the names of candidate facilities -- including five of the six from Arkansas -- typically are not.

"To date, [the Centers for Medicare and Medicaid Services] has arbitrarily excluded from public disclosure a subset of these underperforming nursing homes," Toomey said in a news release.

"When a family makes the hard decision to seek nursing home services for a loved one, they deserve to know if a facility under consideration suffers from systemic shortcomings," Casey said.

In the report and accompanying statements, the senators argued that the list of providers tagged as "poor performing" should be more accessible.

According to the report, as of April, Crestpark Wynne in Wynne, Legacy Health and Rehabilitation Center in Fort Smith, Davis East in Pine Bluff and Community Compassion Center sites in Batesville and Yellville were listed as candidates for the oversight program.

Candidates received the state's worst scores based on the number and severity of deficiencies cited during inspections.

All those named in Arkansas had a one-star, or "much below average," overall rating on the Centers for Medicare and Medicaid Services' nursing home comparison site.

The Diamond Cove nursing home in Horseshoe Bend is the state's sole program participant, which is capped at 88 facilities nationwide because of limited regulatory resources. (Typically five candidates are recognized for every one special-focus program slot in a state, according to a letter included in the report from Seema Verma, the Centers for Medicare and Medicaid Services administrator.)

A small yellow triangle with an exclamation point noting the status is featured on that nursing home's entry in the government comparison database.

It wasn't clear how long the facilities listed as candidates in Arkansas had been identified as problematic.

A spokesman for the state's Department of Human Services, which oversees nursing homes, responded to an inquiry but hadn't provided more information by Tuesday evening, and the Arkansas Health Care Association nursing-home advocacy group didn't return a message.

When contacted by the Arkansas Democrat-Gazette, an employee at Davis East in Pine Bluff who identified herself as an administrator but declined to give her name said she had no comment on the special-focus candidate status.

An administrator at Legacy Health and Rehabilitation Center in Fort Smith asked for questions by email but didn't reply.

According to Verma's letter, the Centers for Medicare and Medicaid Services notifies nursing homes of their status as candidates in a monthly quality report.

State agencies and regional offices for the Centers for Medicare and Medicaid Services also are notified.

Brittney DeVazier, administrator at Community Compassion Center in Batesville, says the facility was likely highlighted for high rates of use of antipsychotic medications for patients with Alzheimer's disease, schizophrenia and bipolar disorder.

Since she took over as administrator in April last year, she says, antipsychotic usage rates have dropped from around 40% to 13.9%, adding that the facility did "really well" on its two most recent surveys.

"We've made major leaps and bounds in reducing those [antipsychotics]," she said. "The utmost importance is our quality care for our patients here."

As outlined in the report, some nursing homes identified as candidates for the special-focus program have had serious problems or incidents that endangered residents.

In a Hawaii facility that was listed as a program candidate, cockroaches and ants infested the facility, crawling on countertops and medical charts.

A nursing home in Massachusetts noted as a candidate had a problem with the availability of illicit substances, so much so that residents worried about maintaining their sobriety, inspectors said.

About 1.3 million Americans live in more than 15,700 facilities across the U.S., a number that is expected to grow as baby boomers age.

In her letter to senators, Verma said the special-focus facility program is shrinking, falling from 167 slots and 835 candidates in 2010 to the current 88 slots and 440 candidates.

Those numbers, which are based in part on budget constraints, have been unchanged since 2014, she said.

Facilities in the status are inspected at least every six months, and generally are expected to improve within 12-18 months or be terminated from Medicare and Medicaid programs.

Shelly Draper, who is administrator for the state's program participant Diamond Cove, wasn't able to provide a statement on that facility's improvement efforts.

States are responsible for selecting the participants in the program from their underperforming nursing homes.

"Candidates are not surveyed more frequently (aside from surveys following a complaint, which are required) nor are they subject to more rigorous enforcement actions, additional disclosure or reporting requirements," the report said.

"Moreover, [the Centers for Medicare and Medicaid Services] does not have a way to add a candidate facility to the [Special Focus Facility] program if a particularly egregious incident occurs, including any event substantiated by a state investigation or complaint survey."

Verma said that regardless of participation in the program, "any facility that performs poorly on surveys and continues to jeopardize residents' health and safety will be subject to [Centers for Medicare and Medicaid Services] enforcement remedies, such as civil money penalties, denial of payment for new admissions, or termination."

With the release of Monday's materials, the senators in their report called for improved transparency from regulators and a "robust" special-focus program that "has the tools it needs to oversee these nursing homes," they said.

"As evidenced by this report, oversight of America's poorest quality nursing homes falls short of what taxpayers should expect." 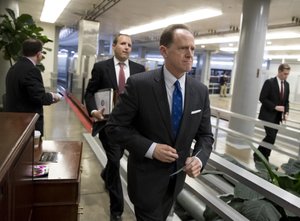 Photo by AP file photo
In this file photo Sen. Pat Toomey, R-Pa., a member of the Senate Budget Committee, heads to the floor during a series of votes at the Capitol in Washington, Thursday, Oct. 19, 2017. 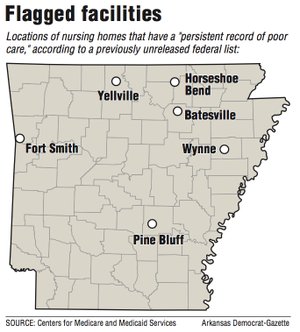