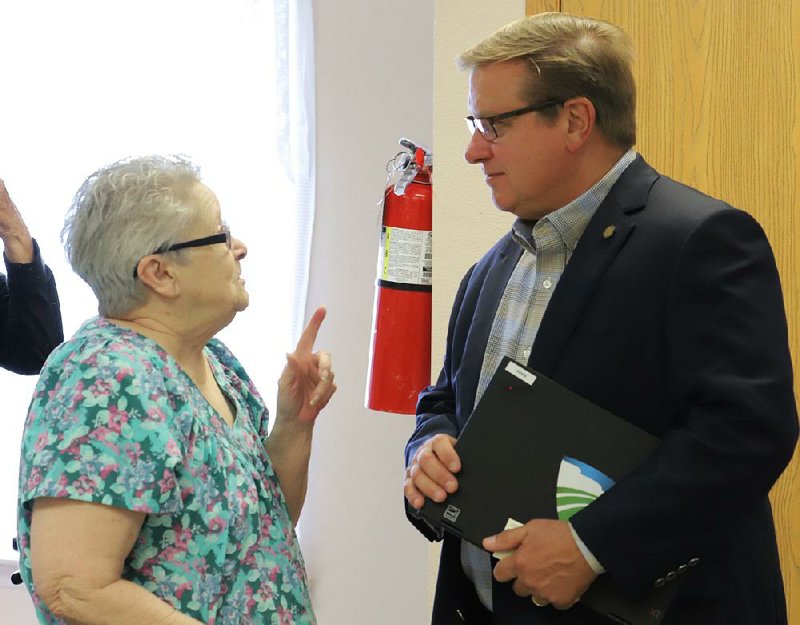 After working her whole life and raising four children by herself, Odessa McKinley hoped she would be able to afford a house by the time she retired.

But she's living at Worley's Place in Jacksonville, a government-subsidized facility for senior citizens. McKinley, 65, says it's fine, but she wishes she had the freedom of staying in her own place.

"I want my own front door and my own back door," she said.

The event was part of a national push called Our Homes, Our Voices designed to advocate for more low-income housing. More than 100 similar gatherings were scheduled across the country from May 30 to today.

The National Low Income Housing Coalition, a Washington, D.C.-based advocacy and research group, organized the week to raise awareness of the issue.

No state has enough housing that those residents can afford. Arkansas had about 56 homes available for every 100 of the lowest-income renters, according to a study from the coalition.

At Tuesday's event, Perry recapped three housing-related acts that passed in the Arkansas Legislature during the session.

Pam Taylor, the Worley's Place service coordinator, said she had hoped the event would "enlighten" residents about political issues that are relevant to them. She added that this is the second year the apartment complex has had an event for Our Homes, Our Voices.

Most of the residents' questions were focused on federal housing issues, notably rent increases, which are set at the federal level with the U.S. Department of Housing and Urban Development. Some said their rents had just gone up with a slight income increase.

"They're always under budgetary restraints," Perry said of the federal agency.

As candidates gear up for the 2020 presidential election, several are discussing affordable housing. The issue is cropping up more often than it did in recent elections, advocates have said.

McKinley said she votes at every opportunity and offered to help with the ballots during the next election. In 2020, she said, affordable housing will be a major consideration when she goes to the polls.

She's lived in government-assisted housing for about eight years, and she gets her income from disability checks. She also gets $16 in food stamps each month. She said her rent just went up from $195 to $202 each month.

She has cancer and said some of her medications aren't covered by Medicaid, so she has to buy them herself.

"I'm sick of the system," McKinley said. "The system is not working for me." 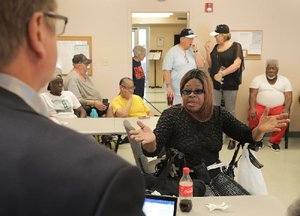 Photo by John Sykes Jr.
Odessa McKinley expresses her views on housing and financial support for the elderly during an event on affordable housing Tuesday at Worley’s Place, a residence for the elderly in Jacksonville. More photos at arkansasonline.com/65ourhomes/.