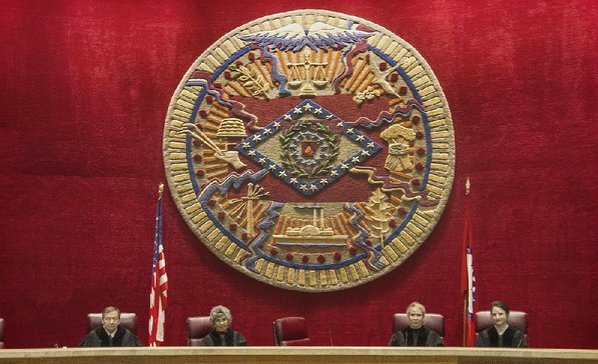 The agrochemical company Monsanto on Thursday achieved a partial victory in its fight against the state Plant Board's regulations on the pesticide dicamba, with the Arkansas Supreme Court ordering further review of a circuit judge's decision to toss the case.

In a 6 to 1 decision, the Supreme Court Justices overturned in part the 2018 decision by Pulaski County Judge Chris Piazza to dismiss Monsanto's lawsuit against the Plant Board's restrictions on dicamba, the controversial pesticide developed to eradicate pigweed.

Piazza, pointing to an earlier decision by the Supreme Court, had ruled that the state was protected from the lawsuit by a doctrine known as sovereign immunity. However, the justices said Thursday that sovereign immunity did not apply in cases where the state, or its officials, are alleged to have acted outside their legal authority.

The case was sent back to Piazza's court, with instructions to further consider Monsanto's arguments against the Plant Board.

As the specific regulations that Monsanto had filed the lawsuit against, the justices said the issue was moot after the Plant Board revised its rules for ahead of the 2019 planting season.