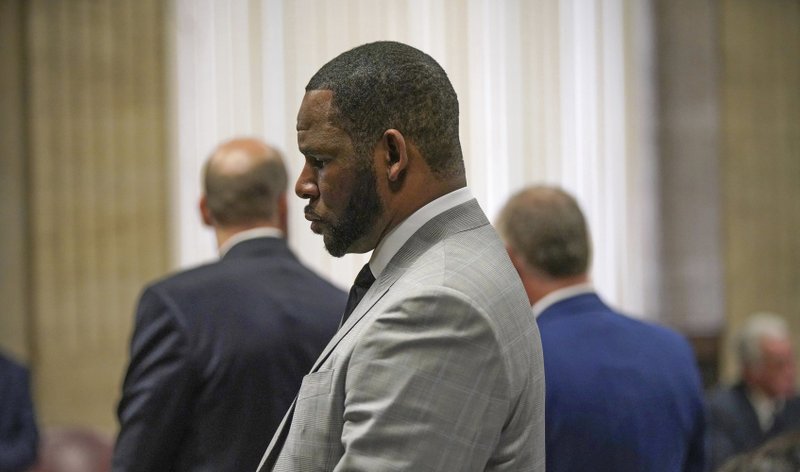 • R&B singer R. Kelly entered innocent pleas to 11 additional sex-related charges on Thursday, including four counts that each carry a maximum prison term of 30 years in prison. Prosecutors did not ask the judge to raise the bond amount for Kelly during a brief plea hearing in Cook County court. When Judge Lawrence Flood asked if he understood, Kelly, responded, "Yes, sir." The Grammy award-winning singer, who has denied any wrongdoing, left without speaking to reporters. A status hearing was scheduled for June 26. Among the 11 new counts are four counts of aggravated criminal sexual assault, each of which carries a sentence of up to 30 years in prison. That is more than four times as long as the maximum term for each of the 10 counts Kelly was originally charged with in February. According to the new indictment, the first eight counts are from encounters alleged to have occurred between Jan. 1 and Jan. 31, 2010. Three others pertain to encounters alleged to have happened between May 1, 2009, and Jan. 31, 2010. After the hearing, Kelly's defense attorney, Steve Greenberg, said that he couldn't speculate as to why prosecutors brought the new charges, which pertain to one of the four women he was charged in February with sexually abusing years ago. "It's the same case. It's just that they've just changed what they've charged him with," Greenberg said. "It's the same facts ... the same bond, the same evidence. We expect the same result." Asked how Kelly is coping, Greenberg said, "It's tough. Everything is against him."

• Bernie Taupin is known for his longtime musical work with Elton John, but the British songwriter's visual artistry is stepping into the spotlight through an art exhibit. Taupin's artwork called "Bernie Taupin: The Artist, The Raconteur & His Blowtorch" will be unveiled today at the Galerie Michael in Beverly Hills, Calif. The exhibit will feature 20 unseen, life-size sculptures and artwork made from barbed wire, shattered guitars and various American flags. The exhibit runs until June 30. "This is inspired by things that inspire me," said Taupin, who is credited for co-writing an array of songs with John including "Rocket Man," "Bennie and The Jets," "Tiny Dancer" and "Candle in the Wind." Taupin has been creating visual art since the age of 17, and he says his work has appeared in museums and exhibits throughout the U.S. The 69-year-old said his visual artwork is an extension of what he spent his life creating through words. But, Taupin added that he approaches writing songs and creating visual art differently. "One is visual, one is sonic," he said. "One is created in a much more visceral atmosphere than the other. The art is very loud and noisy. When I write songs, it's very quiet and tranquil." 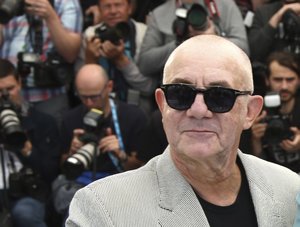 Photo by Invision/AP
Songwriter Bernie Taupinis shown at the photo call for the film 'Rocketman' at the 72nd international film festival, Cannes, southern France, Thursday, May 16, 2019.