MOVIE REVIEW: Another X-Men movie hits the screens with alternate timelines to add confusion to the studio’s latest money grab 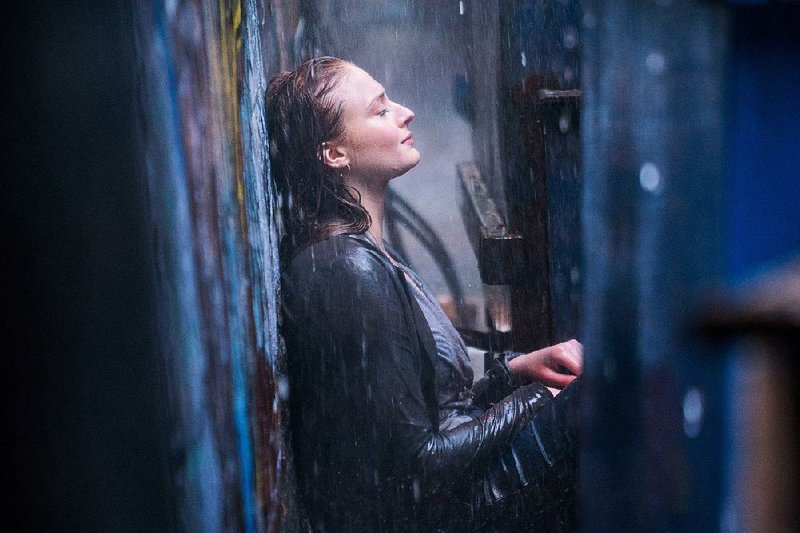 Jean Grey’s (Sophie Turner) transformation into the all-powerful Phoenix divides the X-Men into a civil war of their own in Simon Kinberg’s Dark Phoenix.

It was only a short while back, in talking about Avengers: Endgame, that I mentioned the much-beloved Dark Phoenix sequence of X-Men comics from the early '80s, and the way co-writers Chris Claremont and John Byrne set up their tragic story over the course of years, and dozens of issues, such that when the end finally came, it was as moving a comics sequence as I had ever read.

Alas, the mishmash of timelines, and sputtering stops and starts of the X-Men franchise, now in its seventh incarnation (not including Wolverine stand-alone stories), with different actors playing the same characters, and different versions of the same sequences -- it's almost impossible to have a moving through-line between all the installments, and here, writer/director Simon Kinberg doesn't even bother to try.

Rating: PG-13, for intense sequences of sci-fi violence and action including some gunplay, disturbing images, and brief strong language

Speaking of repeating sequences, this is actually Kinberg's second crack at the Dark Phoenix saga -- he wrote the excruciating X-Men: The Last Stand for the hackish Brett Ratner back in 2006 -- and try as he may, he still can't get it right. There aren't many filmmakers who would get a second chance with a multimillion dollar franchise, but Kinberg (whom, to be fair, also wrote the vastly superior Days of Future Past), taking over from the talented-but-radioactive Bryan Singer, finds a different path to once again lose all the emotional weight of the story, and fails miserably for the second time.

The film begins, a la Civil War, with a flashback sequence from the early '70s, also involving a family driving down a country road. An 8-year-old Jean Grey (played here by Summer Fontana) is in the backseat, telekinetically moving the radio dial to songs she prefers, while her parents (Hannah Anderson and Scott Shepherd), try to sort out what's happening. Naturally, things go haywire, Jean loses it, and inadvertently causes the wreck that leaves her an orphan, to be adopted by Dr. Charles Xavier (James McAvoy), and taken to his school for gifted mutants.

Jump ahead now to 1992 -- and yes, this franchise is forever set in the near past now, only adding the interminable confusion of what actually happened when and first (our only constant for the first plethora of films was Hugh Jackman's Wolverine, but with Logan, now his character is spun out as well) -- where the stable of X-Men includes a grown-up Jean (Sophie Turner); her boyfriend Cyclops (Tye Sheridan); the element-controlling Storm (Alexandra Shipp); the brilliant, bouncy Beast (Nicholas Hoult); and the teleporting blue demon Nightcrawler (Kodi Smit-McPhee), all led by the shape-shifting Raven (Jennifer Lawrence).

After a recently launched space shuttle runs afoul of what is believed to be solar flares, the young X-Men are tasked with flying up into space and saving the astronauts, accomplished only by Jean sacrificing herself to the glowing space energy that was threatening the crew, and absorbing it into herself.

Back down on Earth, it's not long before Jean, suddenly imbued with godlike powers, is losing control and wreaking havoc wherever she goes. A showdown in her hometown results in a tragic loss for the team, and sends Jean in a downward spiral, stopping by the island colony of Magneto (Michael Fassbender) in a last-ditch attempt to find help.

Meanwhile, she is also being pursued by the mysterious Vuk (Jessica Chastain), an alien of considerable power, who, along with the few remaining survivors of her planet, attempts to corral Jean in hopes they can use her new celestial power to remake their planet on Earth. Everything culminates in one of the film's few successful sequences, a battle showdown on, in, and around a speeding train, with all the forces aligning against each other.

Because of the now-myriad incarnations of this group of characters -- by my reckoning, the series has jumped from the present day (first three films), to 1962 and the Bay of Pigs (X-Men: First Class); to the future, and the early '70s (Future Past); to the mid-'80s and now to the early '90s, with multiple cast reboots -- and an absurd use of alternate timelines, there's no chance for any of these versions to resound (ironically, not unlike the comic books themselves, which are forever churning out alternate universes and clones of significant characters). Unlike Marvel's much-touted, bigger name franchise superteam, whose cohesive conclusion just came to its end a month ago, there's no sense of continuity here, and no pent-up dramatic friction stretched out over time. We barely get to know a new character before he or she is either replaced, removed, or forgotten.

The clearest loss, however, is with the story itself -- its legacy struck deep in Marvel lore -- once again being studio nitpicked, and focus-grouped to within an inch of its life. If Endgame audaciously proved a superhero movie could rise toward an emotionally satisfying arc, this failed attempt proves the opposite is also true: Chronic incoherence, even if spread out among a multitude of titles over 20 years, just feels like a soulless money grab. Adding to the sense of this film's slapdashery, the trailer features lines and moments unused in the actual cut, which is never a good sign.

Instead, each version has come and gone like a whiff of cigar smoke, up to the capricious needs of a given set of suits, only to be rebooted with a new creative staff, and spun out again, with little regard for what came before. Some of this comes from Fox, the studio that bought the rights to the franchise back in the mid-'90s, when Marvel was flailing into bankruptcy and sold properties to try and stave off its doom. Now, as with almost all living things, Fox being owned by Disney Corp., has led comic book fanboys and girls to dream about the possibility of the X-People finally joining the MCU proper -- but after this dismal showing, they might not even be let in.

Nearly 40 years ago, Claremont and Byrne showed how even something as patently ridiculous as a monthly 22-page comic devoted to men and women wearing spandex and waging eternal combat against the forces of evil could be brought to resemble grand tragedy. One thing this story should never have been is perfunctory, but here, with Kinberg's second miserable attempt, that's exactly what he's accomplished. 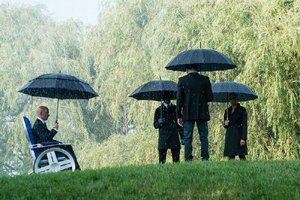