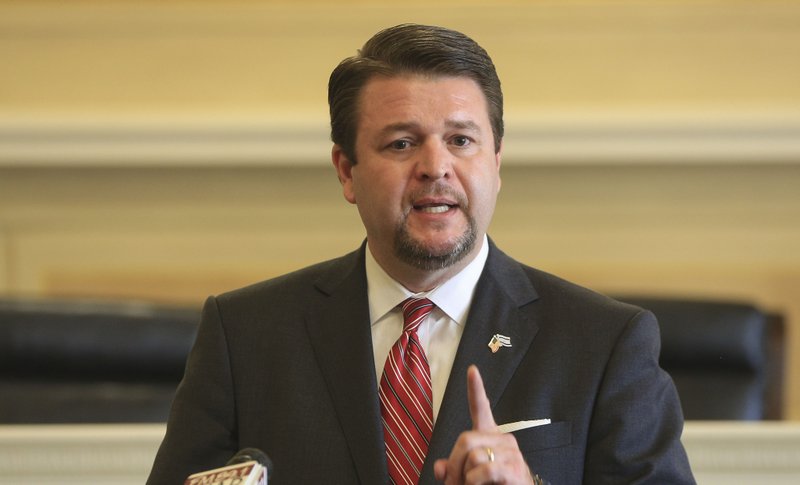 The request for the review and analysis was made by a co-chairman, Sen. Jason Rapert, R-Conway. The day before, Legislative Joint Auditing's executive committee recommended the full committee's approval.

At Rapert's request, legislative auditors also will provide an overall perspective on how pharmacy benefit managers are regulated in Arkansas; compare state laws and regulations for the businesses to those in other states; and review complaints received by state agencies and program managers.

Rapert told the executive committee Thursday that "we have discussed the [pharmacy benefit manager] issue now for several years.

"What we found in the National Council of Insurance Legislators is that we have states all over the country, that when they decided to look closely, in many cases they found hundreds of millions of dollars across the country that were being spent that they felt was unnecessary," said Rapert, the council's immediate past president.

"So that has resulted in firing some of the [pharmacy benefit managers], and changing those vendors in other states," he said.

"We would be very pleased if this results [in finding] that things are looking wonderful in Arkansas," Rapert said. "But based on what we have seen in other states, we could very well find millions of dollars in savings for the state of Arkansas."

"I think you are going to have more resistance if we start trying to look at private plans," Norman said.

"Remember that we have empowered the Insurance Department to regulate [pharmacy benefit managers] here in state now and they are just really commencing a lot of the tools that we have given them," Rapert said.

"They are going to have more authority to actually pull that information to be used. Some of that will remain proprietary and it's internal to the monitoring and regulation of pharmacy benefit managers," he said. "What we did not do there, is what we are saying here. We want to look at the relationship of the [pharmacy benefit managers], spread pricing issues, rebate issues and all of those things for the state of Arkansas."

A spokesman for the state Department of Human Services didn't reply by early Friday night to a reporter's written request for comment about the pending review and whether Arkansas has conducted a review of its Medicaid programs to see if pharmacy benefit managers are costing the state millions of dollars in unnecessary expenses.

During the executive committee meeting Thursday, Rapert also asserted that CVS Caremark is a pharmacy benefit manager and "I believe that they basically admitted ... in some of their communication that they had been in violation in some of our previous legislation.

"I think it is important for all of us to remember as we monitor this that it so happens that the largest health insurance [company] in the state of Arkansas, Blue Cross and Blue Shield, has chosen to maintain CVS as their [pharmacy benefit manager], which also impacts all of our Medicaid operations, especially Arkansas Works," he said.

"So I have asked directly why it is that they chose to continue to do business with one of the worst offenders in the country. I did not get a response, so without that, if we can't [get] responses, then we will look at the facts ... and see what we find," Rapert said. "Again, I don't want to be too harsh. I'm not saying they did anything wrong now. But they have been offenders in the past. It did not escape me that in talking with Blue Cross and Blue Shield that of all the people that they could do business with they have chosen to business with one that has been in trouble."

CVS Caremark spokesman Tracy Ogden said Friday night in a written statement that "CVS Caremark is proud that Arkansas Blue Cross Blue Shield selected us as its [pharmacy benefit manager], along with many other Arkansas-based clients, based on our proven ability to lower overall drug costs and improve outcomes for patients.

"We look forward to demonstrating to state officials the value we bring," Ogden said.

She said CVS is not able to respond to Rapert's accusations without knowing what he is referring to regarding admitting violations.

A spokesman for Blue Cross could not be reached for comment by telephone or email Friday afternoon.