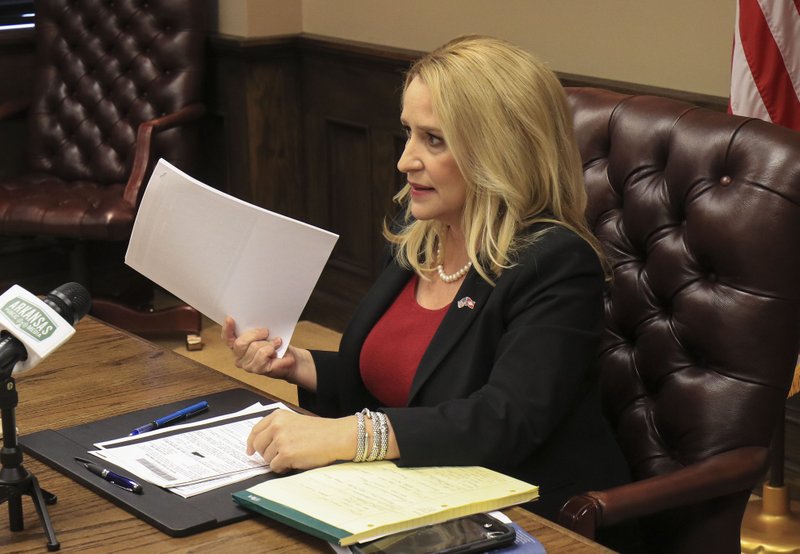 Michelle Davis, 59, of Texarkana is charged with two counts of Medicaid fraud in connection with making false statements and receiving funding for services not provided, according to a statement Friday from Attorney General Leslie Rutledge's office.

Davis, who no longer works for Preferred Family, is accused of falsely billing Medicaid for services totalling $4,259. The bills were submitted over more than two years, from Nov. 20, 2015, to March 21, 2018, according to Rutledge's office.

Davis was arraigned Thursday in Circuit Court in Pulaski County, according to an attorney general's office spokesman. She has pleaded innocent and is free on her own recognizance.

Her attorney, Bobby Digby of Little Rock, said he can't comment until he receives the Medicaid billing records connected to the case.

A federal investigation spanning Arkansas and Missouri has accused at least five former Preferred Family executives of stealing from the nonprofit and conspiring to bribe Arkansas legislators to secure state grant money and laws and regulations favorable to the company.

Preferred Family was once Arkansas' largest provider of behavioral health care -- including mental health and substance abuse treatment -- for state residents who qualify for Medicaid.

Rutledge's office has charged in state court five former Preferred Family employees, including Davis, with fraud and other charges.