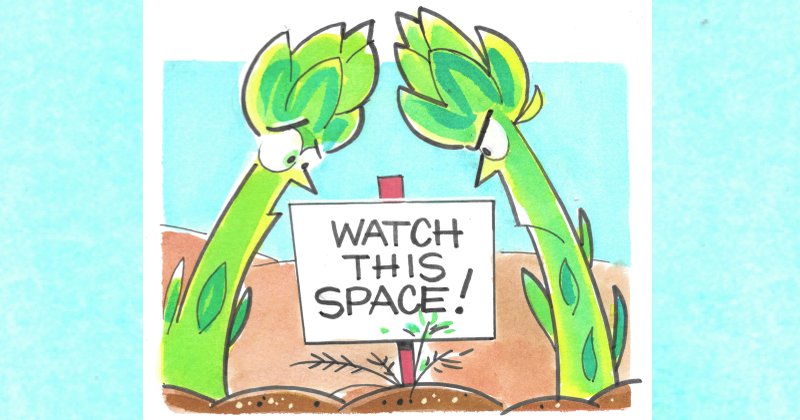 Q I have a 12-year-old asparagus bed which has been producing fewer spears the past two years. There are also some empty spots; the bed is 4-by-8-feet, but there are spots where no spears appear. Is there any way I can fill in the spots without disturbing the existing roots? What would you recommend as fertilizer?

A Asparagus beds can be very long lived and productive, but when they start to play out, renovation is in order. I think you would be hard-pressed to find asparagus crowns now. I would try fertilization with a slow-release high nitrogen fertilizer or a complete fertilizer like 10-10-10. Monitor the fern-like growth, and if that is not thick and productive, it will not be manufacturing as much food, meaning less production in the spring. I would gradually start replanting in sections where it is thinner so that in time you get a more productive harvest. Keep in mind that 1-year-old crowns will take two more years to get in production, so don't replace the whole bed at once.

Q I came home from a three-week vacation to find my previously healthy weigela looking dead with just a few green branches here and there. The grass around it looks dead too. Could the nonstop rain have caused this? And can I trim it back and hope it will revive?

A Could something have been sprayed to kill grass or weeds around the plant? Is the site prone to flooding or standing water? The picture you sent shows no life around the plant, but just a bit of green moss. The soil doesn't look particularly wet. Unless it was in standing water for a few days, I don't think heavy rains would have been the cause. Roundup and similar weed killers can damage desirable plants too if not carefully sprayed. Because there are live branches, I would cut out all the damaged parts and see what happens. 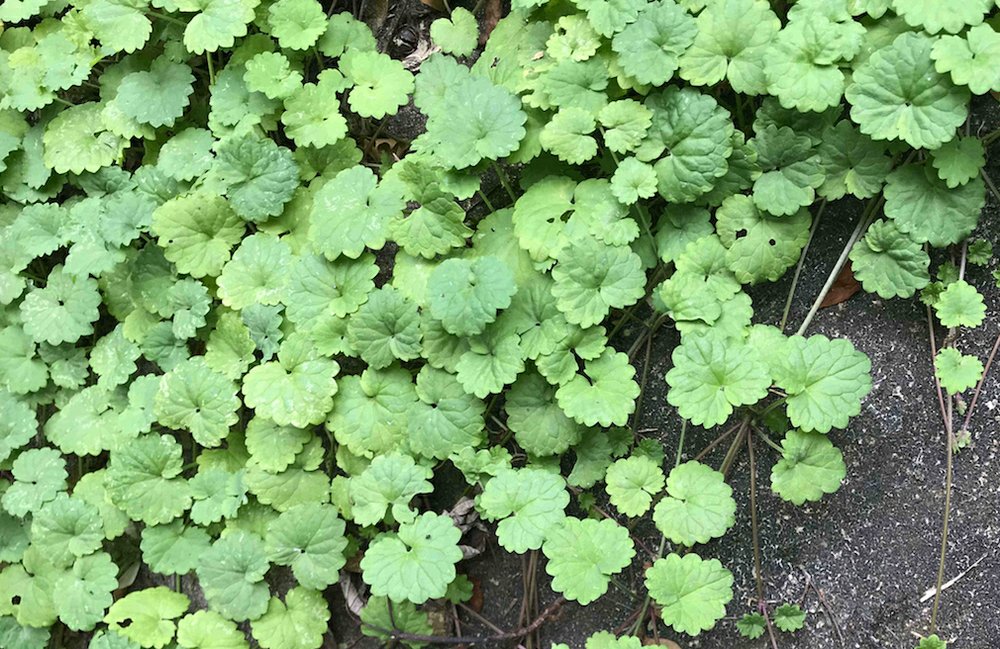 Ground ivy. (Special to the Democrat-Gazette)

Q This spreading vine is taking my yard. It is pretty but has a very pungent odor that is offensive to some. It doesn't bother me. I would like to know what it is. Actually I am thinking of transplanting it to a bluff and using it for ground cover. Any reason to not do this?

A The plant in question is commonly called ground ivy, Glechoma hederacea. Many gardeners do consider it an obnoxious weed, but I have seen it for sale at a few nurseries in other states, especially a variegated form. It is in the mint family, if that gives you any hints on its tenacity. Interestingly enough, it was once used as a flavoring agent in brewing beer, before hops came onto the scene. Most gardeners want to get rid of it, but if you have a spot that is controlled and wouldn't allow it to escape to natural areas, I suppose it might be a solution for a bluff. I personally would not do so, since it spreads too aggressively.

Q Before I was diagnosed with cancer last summer we planted a row of hydrangeas along the north-facing foundation of our house. During the summer several of them died. I'm wanting to fill in the blank spaces with something new. I don't really want more hydrangeas, I'd like something more varied. The "Green Trick" dianthus and viburnums you mentioned in your column of June 1 sound interesting. Are they available in Little Rock nurseries? Any tricks to keeping them alive?

A "Green Trick" dianthus is not something I have found in Arkansas as a garden plant, but rather as a florist cut flower. It would not substitute for a shrub. There are several viburnums that might suit your garden. Most viburnums will need some sun to bloom well. You don't mention how large and tall a shrub you desire, so consider that when considering options — such as gardenia, summer spirea, azaleas, camellias and pieris. The key to new shrubs is to get them established by providing regular water when the soil is dry during the first few years after planting. 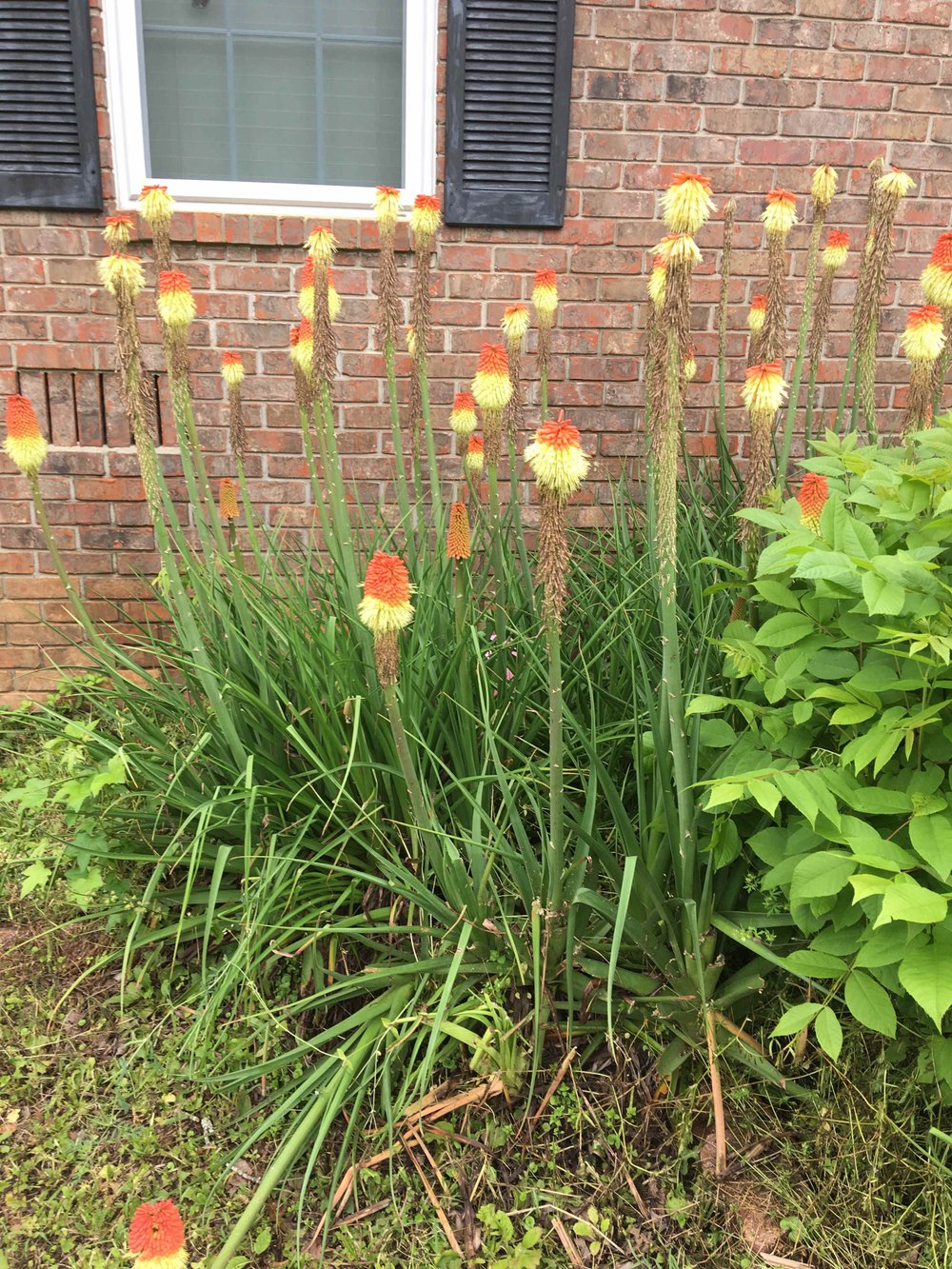 Q What are these flowers? They have stickers like roses. [The reader sent a photo.]

A The plant is a perennial commonly called red hot poker or torch lily. The Latin name is Kniphofia. It thrives in full sun and blooms in early to mid-summer. It is quite drought tolerant and will not tolerate wet soils.