Arkansans set off to make splash in Paris; air show a chance for state companies to promote wares 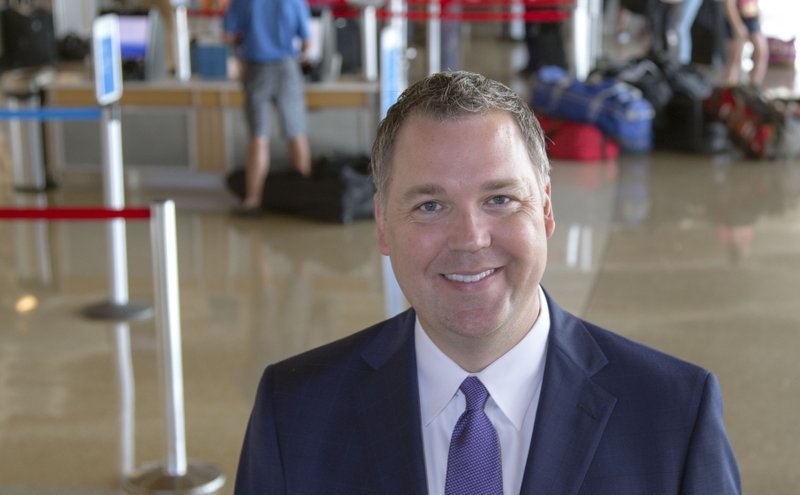 Shane Carter, Director of Public Affairs and Governmental Relations for the Bill and Hillary Clinton National Airport and and a vice president of the Arkansas Aerospace and Defense Alliance, is shown in this file photo.

States, including Arkansas, will be putting on their own shows this week at the International Paris Air Show.

Arkansas is among at least a dozen states that will set up exhibits at the 53rd edition of the show at Le Bourget Parc des Expositions, which begins Monday and runs through June 23.

Established in 1909, the air show has become the largest aerospace event in the world. It is used by the industry players, such as Boeing and Airbus, to announce new aircraft orders or new aircraft models as well as to take orders and make contacts.

Dassault Falcon Jet will be among the major industry players at the show. The French aircraft manufacturer will have three models of its Falcon business jet as well as the Rafale, its twin-engine multi-role fighter on display at its exhibit.

The company operates a completion center at Bill and Hillary Clinton National Airport/Adams Field that outfits the jets to customer specifications. The center employs more than 1,000 people and is a significant factor in the airport's $1.6 billion economic impact on the state, according to the Arkansas Department of Aeronautics.

"All of those Dassault jets there, it makes you feel so good to know that there is a huge piece of Little Rock, Ark., are on the worldwide stage," said Shane Carter, public affairs and governmental relations director at Clinton National and a vice president of the Arkansas Aerospace and Defense Alliance, a trade group.

Gov. Asa Hutchinson is leading a delegation of Arkansas economic and aerospace executives, including Carter, to the air show. It marks the third time the governor has made an appearance at the event, which is held every other year.

"We're consistently having a presence," said Mike Preston, executive director of the Arkansas Economic Development Commission, who will be part of the state delegation. "It certainly helps having the governor, the chief executive officer of your state. It opens up a lot more doors for you and elevates the level of meeting you're getting with potential companies."

Preston, in an interview on the eve of the trip, declined to say whether Arkansas would have any announcements of new companies or expansions of existing companies as part of the trip.

"We'll see," he said. "I don't want to get ahead of myself. But anything's possible."

But members of the delegation do have a strategy in mind when they begin work today.

"We've got targeted companies we've been working with somewhere in the project pipeline and those that are more pressing and look like they're further along, we'll certainly move those to the front of our list for the governor to get with and see while we're there," Preston said.

"I hope to start some conversations," he said.

Arkansas will be joined by delegations from other states, including Alabama, Arizona, Florida, Kansas, Louisiana, Mississippi, Missouri, North Carolina, Oklahoma and Washington.

They will be among 358 exhibitors from the United States and a total of 2,381 exhibitors from 48 nations, and 290 official delegations from 98 countries. The air show attracts close to 150,000 trade visitors, according to air show statistics.

All of which makes it difficult to stand out.

"It's important to stand out, but I'd say more important is showing up," Preston said. "If you don't show up, you're going to get completely railroaded. If you're not at the table, you'll likely be on the menu.

"Us being there and just protecting what we have is very important. How we stand out is that you bring the CEO of the state in your governor and have him do the ribbon cutting of the booth and the connections the governor has. That helps us stand out."

"It's good for them to know we're there and appreciative of their presence," said Gus Vratsinas, who is vice chairman of the Little Rock Municipal Airport Commission and a member of the delegation.

It doesn't hurt that the state can showcase the industry players that call Arkansas home. Besides Dassault Falcon, other companies with major assets in the state include Lockheed Martin, Aerojet Rocketdyne and Raytheon, all of which are from the defense sector.

"Everyone tries to put their best foot forward and make sure they stand out," Preston said. "Having that leadership and key people there, it kind of helps give us a leg up. Having that booth gives us a presence there and if we can brag about companies we have in Arkansas ... that helps us get on the map and radar screen for those attending the show."

Making an appearance at the trade show also supports the companies that already have an Arkansas presence, he said.

The aviation industry in Arkansas accounts for a significant portion of the state's annual exports, regularly competing with agriculture for the state's top spot. Including the defense sector, the industry employs nearly 15,000 people in the state with exports totaling $1.7 billion in 2017, which represents 27% of the state's total exports, according to the Aerospace Industries Association.

"We've got so many great companies here and it's such a big sector of our economy," Preston said. "We want to support those companies who showcase at the air show and are doing business there to show that they have the support of the state and the governor behind them."

Executives from several airports and Arkansas companies will be part of the delegation and looking to expand their facilities.

In addition to Clinton National, Northwest Arkansas Regional and the Arkansas Aeroplex in Blytheville will be represented in the delegation, said Brandi Hinkle, a spokesman for the economic development commission.

Other organizations and companies in the delegation include the Little Rock Regional Chamber of Commerce, Ozark Integrated Circuits in Fayetteville, Galley Support Innovations in Sherwood, the World Trade Center Arkansas at the University of Arkansas and the Arkansas Aerospace and Defense Alliance.

The Arkansas airports at the show are the state's largest.

"It's important for us to show off the assets we currently have in the state for companies who are in the aerospace/defense industry who need runway availability, hangar space," Preston said. "It's an important component."

Vratsinas, who is chairman of Bailey Construction and Consulting of Little Rock, has been in business 42 years both as a manager and professional engineer and has been active in economic development statewide.

Clinton National "is an economic engine for central Arkansas, the largest airport and has a lot of industry associated with aerospace" he said. "It only makes sense we participate and let the people in the industry know we have a lot of capacity to expand."

But he also said he has a larger role.

"We're supporting the efforts of the entire state," Vratsinas said. "We're going to be there at their beck and call" of the delegation leaders. They go hand in hand." 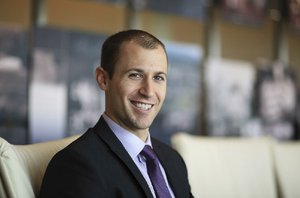 Photo by Staton Breidenthal
Mike Preston, executive director of the Arkansas Economic Development Commission, is shown in this file photo.

Print Headline: Arkansans set off to make splash in Paris