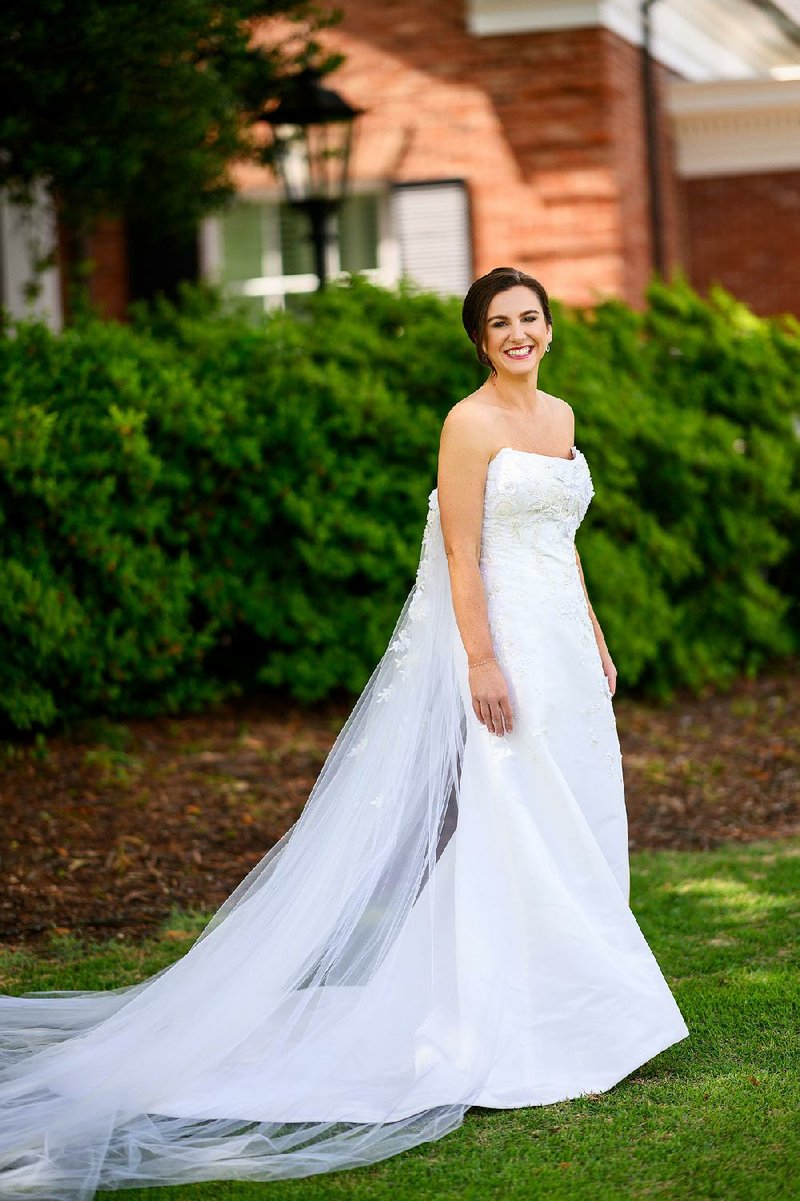 The bride is the daughter of Julie and Lambert Lynn Marshall Jr. of Little Rock and the granddaughter of the late Doris and Lyle Fellows and the late Elizabeth and J.C. Miller.

Becky and Loic de Kertanguy of New York are the parents of the groom. He is the grandson of Evelyn F. Williams of St. Louis, the late Eugene Flewellyn Williams Jr. and the late Christiane and Herve de Kertanguy.

The bride, given in marriage by her father, wore a silk faille trumpet-style gown by Oscar de la Renta embellished with wildflower embroidery. She carried a bouquet of gardenias.

Serving as the bride's matrons of honor were Kathryn Denise Thomas of Houston and Whitney Hough Ward of Dallas. Bridesmaids were Emmy Ballantyne of San Antonio; Kristen Burney and Caitlin Thomas, both of Houston; Kathryn Fleetwood of Atlanta; Sarah Garibaldi of Ross, Calif.; Stephanie Kearney, sister of the groom, and Mary Catherine Kirkpatrick, both of New York; Megan Kneipp and Carrie Rowling, both of Dallas; Valerie Kolman of Bozeman, Mont., sister of the groom; and Lauren-Blair Marshall and Barrett Norton, both of Little Rock. They wore floral or pastel colored gowns in the style of their choice and carried garden-style clutches of peonies, roses and viburnum.

A reception was held at the Country Club of Little Rock. Tall arrangements of white wedding flowers lined long guest tables while round tables were centered with low garden-style arrangements. The dance floor was covered in a canopy of greenery and garlands of dendrobium. Music by Big Swing & The Ballroom Blasters from Atlanta.

The bride graduated with a bachelor's degree in finance from the University of Texas at Austin, McCombs School of Business, where she was president of Pi Beta Phi. She is an executive director at JP Morgan Private Bank.

The groom has a bachelor's degree in political science from Rollins College in Winter Park, Fla., and was a member of the executive council of Phi Delta Theta. He is president of JB Martin & Co.

After a honeymoon in New Zealand and Fiji, the couple will live in New York.