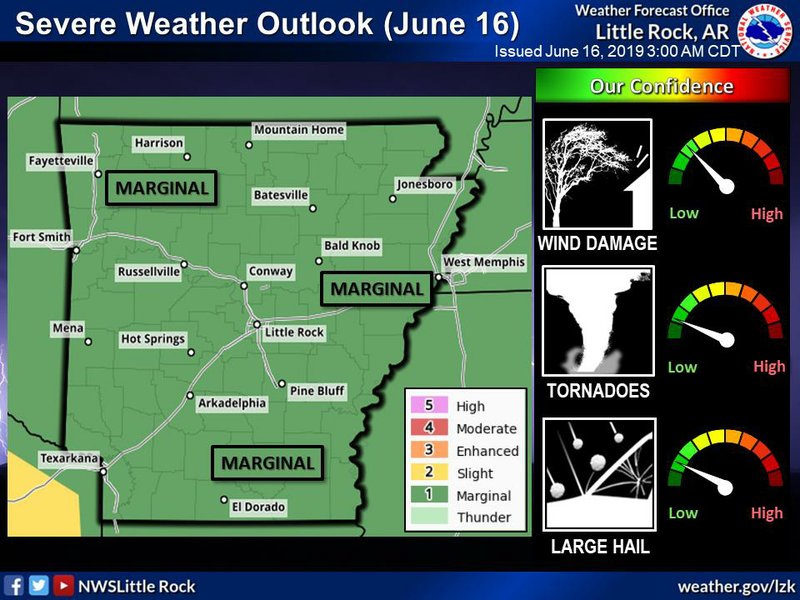 Severe weather is possible across Arkansas on Sunday, according to this National Weather Service graphic.

Forecasters say severe weather is possible across all of Arkansas on Sunday, with chances for showers and thunderstorms continuing throughout the week.

The state is at a marginal risk of experiencing severe weather on Sunday as a line of showers and thunderstorms presses toward western Arkansas, according to the National Weather Service in North Little Rock.

Forecasters said their main concerns are strong winds and large hail, and there is also a chance for excessive rainfall across all but a portion of southeast Arkansas.

A “very wet pattern” is expected to remain in place through Tuesday, threatening some areas with heavy rain, the weather service said. Forecasters predict the state will see between 2 to 4 inches of rainfall. 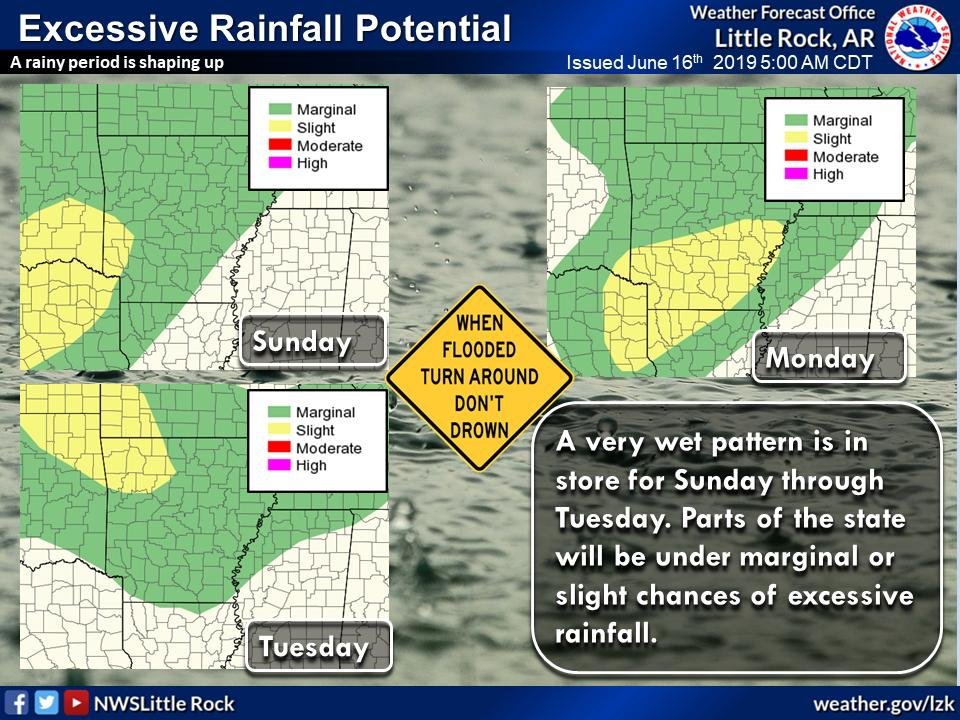 Cavanaugh said forecasters aren't predicting major rises along the Arkansas River due to the anticipated rain, but he called it "certainly possible.”

“We’re hoping that nobody has to worry about additional flooding, but due to the state of the Oklahoma reservoirs we know that that remains a possibility,” he said. “So we’re keeping a close eye on it.”

The weather service urged people living along the river to continue to pay attention to river forecasts.

“The only good thing about flooding along the Arkansas River is it’s not real flashy. You usually get a few days’ heads up before something big heads down the river.”