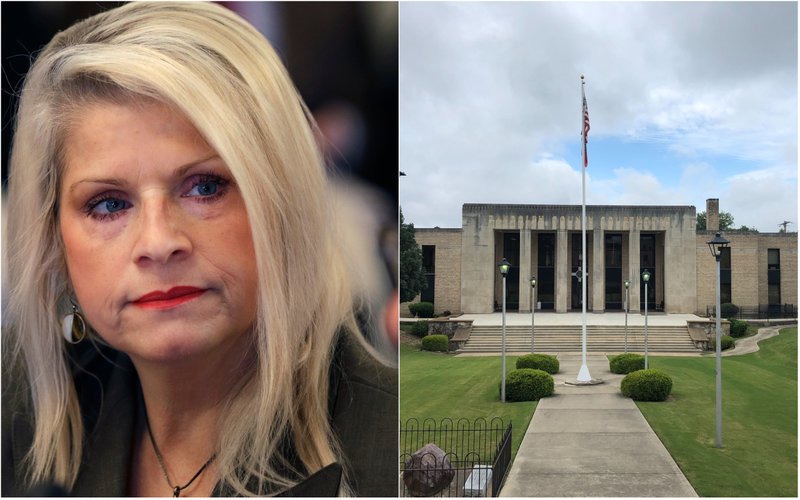 POCAHONTAS — A Randolph County woman was ordered held without bail Monday after being charged with capital murder in the death of former state Sen. Linda Collins.

Rebecca O’Donnell was arrested Friday evening in the death of the ex-senator, who formerly went by the surname Collins-Smith while serving two stints in the Legislature. Collins was first elected in 2011 and left office earlier this year.

O’Donnell appeared in the Randolph County Courthouse in Pocahontas on Monday morning and was formally charged with capital murder, abuse of a corpse and hindering physical evidence.

No plea was entered during the initial appearance, which lasted about 15 minutes.

A news release from prosecuting attorney Henry Boyce said that Collins’ body was found in an “advanced state of decomposition” on June 4, but the statement did not include any additional details regarding the suspected cause of death.

It took investigators at the medical examiners office two days to identify the body using dental records, according to the release.

O’Donnell was ushered into court wearing a checkered black-and-gray jail uniform and a bullet-proof vest and with her hands shackled. She didn't speak, and needed help having her glasses placed on her face to read court documents in front of her.

Tim Loggains, who is identified in O’Donnell’s social media accounts as her boyfriend, sat in the front row. Loggains, who is a proponent of carrying of handguns without a permit in Arkansas, had appeared several times with Collins at the state Capitol this spring to argue for legislation expanding gun rights.

Loggains declined to comment when approached by a reporter after the hearing.

A member of Collins family said they planned to keep private as the case goes though the courts.