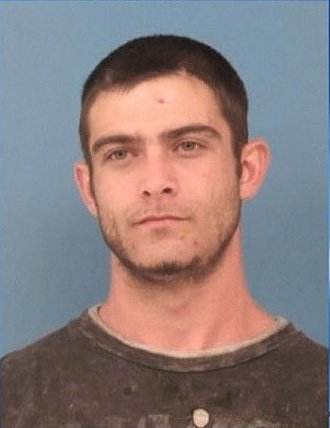 A suspect wanted in the shooting of a 55-year-old Newton County man surrendered to police Sunday.

Tyler Blue Breedlove, 29, contacted police through a third party and surrendered, according to a news release from Newton County Sheriff Glenn Wheeler.

On Thursday night, Ralph A. Ross went outside his home south of Jasper to investigate suspicious behavior around his Toyota Sienna minivan.

Breedlove then fired three times with a 12-gauge shotgun, striking Ross with buckshot in the face, neck, shoulder, foot and both legs, according to news releases from the sheriff's office.

Ross was airlifted to a trauma center, where he was listed Sunday in critical but stable condition, according to a news release from Wheeler.

Ross "is currently sedated and intubated with several surgeries ahead," Wheeler wrote.

Breedlove was being held Monday in the Newton County jail in Jasper. He hasn't been formally charged in the shooting case.

"I'm glad Mr. Breedlove made the right decision and decided to contact us to tell his side of the story and put an end to the ongoing search for him," Wheeler said. "I also give a lot of credit to my deputies and many other agencies for working many long, hard hours, away from their families and lives at home, to put enough pressure on him to help him make this decision."

Last year, charges of aggravated assault and third-degree battery against Breedlove were dropped after Dennis Day, a truck driver, wrote to the court saying he would drop the charges on the condition Breedlove enter a program for drug and anger management.

A woman sought a protective order against Breedlove late last year, according to a filing in Newton County Circuit Court.

"Last night at 6 p.m. broke, kicked my new car mirror," she wrote. "Has kicked in back door. In past, both mentally and physically abuses me or anything he comes in contact with. Needs help. So I will not open my door, never again. I will protect myself if [he] should break my door down or windows to get inside of my residence."

The protective order was grantedand is in effect until 2028.