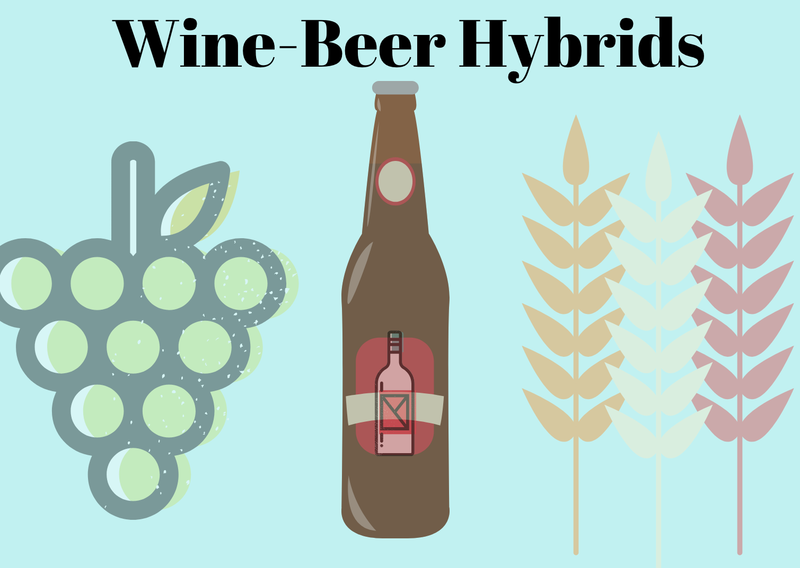 I have always held a strong opinion on wine "faux pas." Many involve summer heat and optimizing refreshment. Dropping an ice cube into your wine glass, for example, is never OK. Ever. Cocktails made with wine that include ice are a gray area. Mixing beer and wine?

I must say I was intrigued.

The producers of these hybrids are going beyond wine-barrel aged beer and creating a new step in fermenting techniques that actually combines the two brews. Many of these recipes incorporate ingredients such as grape must and wine yeast to create a beverage that is part beer, part wine and uniquely tasty.

This labor-intensive process is not just a fad, Belgian brewers have been making these hybrids since the 1970s. The movement in the United States can be attributed to Dogfish Head Brewery. In the late 1990s the Delaware-based brewery teamed up with biomolecular archaeologist Patrick McGovern to brew a beer-wine-mead hybrid. Midas Touch Ancient Ale is brewed with muscat grapes, barley, honey and saffron. The story goes it was inspired by ingredients found in a 2,700-year-old drinking vessel discovered in the tomb of King Midas.

These hybrids often take a lot of time and attention during production and blending. Most start with a sour ale as the base and the maker then chooses to co-ferment, blend and age these beverages. The crafters will macerate the beer on the fermented wine skins. The aging process can be lengthy with some producers aging the beer for one to two years in wine barrels plus an additional six months in the bottle before releasing to the consumer.

Several U.S. craft brewers now offer brews that bridge the grape-grain divide. The alcohol by volume of these drinks tends to be a bit higher than your average beer, but below most wines. These beer-wine hybrids offer unique beverage options with a variety of styles to appeal to a range of tastes. So, for a summer refresher you have several unique spins, but please, don't put ice cubs in your wine (or beer).