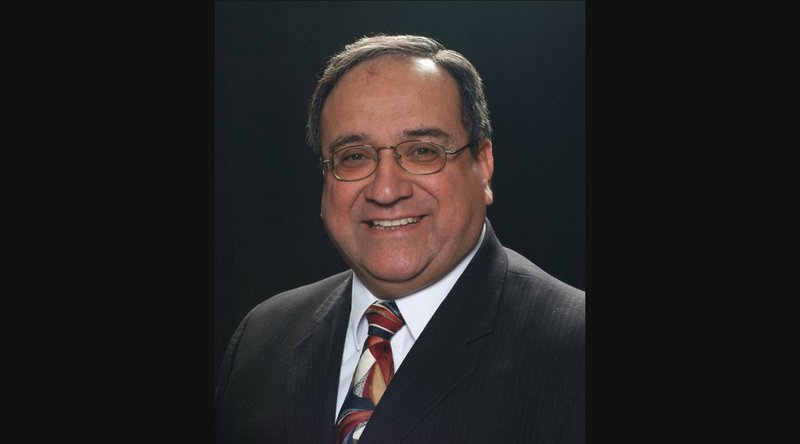 The census data show similar diversity trends nationally, as well as a population that on average is older because of lower birthrates and aging baby boomers.

The increase in diversity is in part because women of color are giving birth at higher rates than are white women, according to data from the Arkansas Department of Health. Fewer births among white women is a large contributor to the nation's overall birthrate decline, which economists contend will pose national labor force and Social Security contribution problems in the future.

The data show current trends just a year ahead of the U.S. decennial census, which many political and civic leaders worry will not accurately count the Hispanic population because of the addition of a citizenship question on the census form.

The U.S. Supreme Court is expected to soon weigh in on the constitutionality of the question, which asks whether people are legal citizens.

While diversity is increasing in the general population, it has yet to be reflected in local political leadership.

Rey Hernandez, president of the Northwest Arkansas League of United Latin American Citizens, was appointed as the only Hispanic member of Benton County Quorum Court from 2013-14. He later ran for the office as a Democrat and lost in the general election to a Republican.

Benton County's Hispanic population is about 16%, meaning proportional representation on the 15-person Quorum Court would be two or three members, something it does not have.

"Part of it is we just don't have enough people running for office," Hernandez said.

Also, Hispanics tend to lean Democrat and Benton County is strongly Republican, he said. But the challenge is not that simple, he said.

"The thing is, we have had folks that have run as Republicans and weren't able to get elected in years past," Hernandez said. "That tells you where the electorate is as far as their faith and confidence in other cultures."

That fact affects school districts across Arkansas, many of which are working to increase diversity among their educators to better reflect the demographics of the students they serve.

"Research has proven that kids have a tendency to respond and do much better when they see people who look like themselves," said John L. Colbert, superintendent of the Fayetteville School District.

That coincides with a drop in teacher college enrollment across Arkansas and the nation. Thousands of fewer people are enrolled in education programs in Arkansas than in 2010, according to federal Title II data obtained from the U.S. Department of Education.

But, state data show great disparities between teachers and students in terms of racial and ethnic diversity at many Arkansas school districts.

Rogers is one example. About 55% of its students, but only 9% of its teachers were members of racial or ethnic minority groups last school year. Hispanic students made up about 46% of the district's enrollment.

"First of all, you want the best candidate with the best skill set," Hill said. "When that skill set includes the ability to speak both English and Spanish, that is an advantage. We were really pleased that two of the candidates for assistant principal were bilingual, but then they're quality educators. So it's a win-win."

Members of minority groups make up 5.4% of the Fayetteville district's staff but about 32% of the student body. Administrators are aiming to get that percentage of teachers up to at least 6.6% for the 2019-20 school year.

Eleven of the 31 new teachers Fayetteville has hired for next school year are members of minority groups. Six are black, four are Hispanics and one is Asian, according to Greg Mones, human resources director.

Colbert, Fayetteville's superintendent, is black and the only minority-group school district superintendent in Northwest Arkansas. Kristina Hudson, who is black, will begin as the district's executive director of secondary education next month after two years as an assistant principal at Ramay Junior High School.

The foundation announced this week a $3.5 million grant to NewSchools Venture Fund to help diversify the teaching profession in prekindergarten through 12th grade.

NewSchools, a nonprofit organization in Oakland, Calif., will support innovative strategies and programs to advance educator diversity, including recruiting teachers of color to the field and supporting efforts to retain educators, according to a foundation news release.

Results of the funded initiatives will be shared with educators and leaders across the country, according to the release.

The release cites a "significant research base" that shows that more teacher diversity within a school yields higher expectations, lower discipline referral rates and better academic results for all students, especially students of color.

The Pulaski County Special School District has set a goal of increasing teacher diversity, in part because of a federal court-approved desegregation plan, and it provided a progress report at its latest School Board meeting.

Recruiting at colleges and universities that have higher numbers of black graduates resulted in the district hiring 51 new black teachers for the 2018-19 school year, the report said.

About 43% of the district's students are black, and about 25% of its certified teachers are black.

The district reported that overall its teaching staff is about 27% black.

Pulaski County Special increased its percentage of black teachers from 20% during the 2010-11 school year, when it had a black student population of about 43.6%.

About 9% of the district's students are Hispanic and about 0.5% of its certified teachers are Hispanic, according to state data. The report does not mention Hispanic teacher recruitment efforts.

A request for comment from the district was not returned Wednesday afternoon.