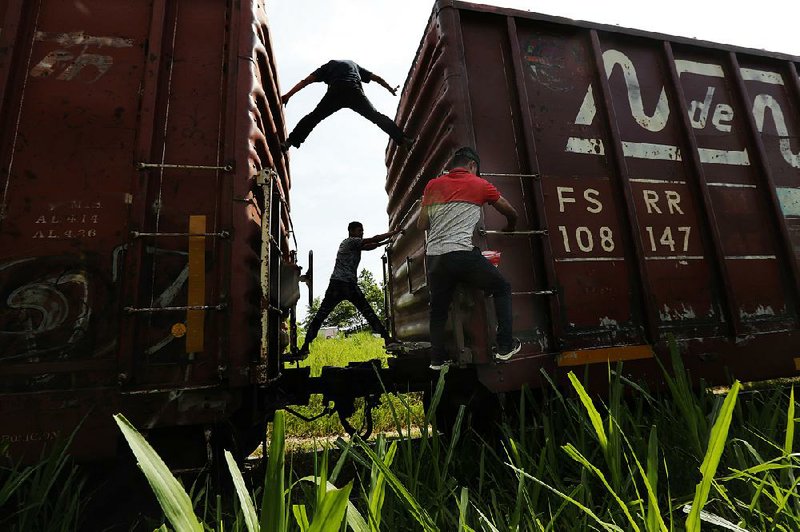 WASHINGTON -- John Sanders, the country's top border security official, will resign from his job as acting commissioner of U.S. Customs and Border Protection next month, according to Department of Homeland Security officials and a message sent to border agency staff Tuesday.

His resignation comes in the middle of a border crisis triggered by the biggest migration surge in more than a decade, one that is overloading U.S. agents and detention capacity.

Sanders has served in his job as acting Customs and Border Protection commissioner for barely two months. He was named to the role after President Donald Trump removed then-Homeland Security Secretary Kirstjen Nielsen from the department and replaced her with then-Commissioner Kevin McAleenan.

Customs and Border Protection officials have not publicly announced Sanders' departure. One Homeland Security official who spoke on the condition of anonymity to describe the move said the resignation was not related to recent controversies over the treatment of underage migrants in U.S. custody along the border.

Sanders had been pushing in recent weeks for an expansion of temporary holding facilities that could accommodate the growing number of underage mothers with infants who are being held in U.S. Border Patrol facilities because there is no room for them in shelters overseen by the Department of Health and Human Services.

"As some of you are aware, yesterday I offered my resignation to Secretary McAleenan, effective Friday, July 5," Sanders wrote in a message to staff. "Although I will leave it to you to determine whether I was successful, I can unequivocally say that helping support the amazing men and women of CBP has been the most fulfilling and satisfying opportunity of my career."

At the White House, Trump said that he did not ask for Sanders' resignation -- adding that he doesn't think he has ever spoken to the man -- but that he is "moving some people around into different locations" amid the crisis.

While activists welcomed Sanders' departure, Trump defended U.S. border authorities, saying, "The laws are so bad and the asylum rules and laws are so bad that our Border Patrol people, who are so incredible, aren't allowed to do their jobs."

A former technology executive, Sanders had a reputation as a low-key and nonpartisan figure at Customs and Border Protection. He served under McAleenan as the agency's chief operating officer and before that worked at the Transportation Security Administration.

Another Homeland Security official who spoke on the condition of anonymity said personnel changes were also underway at U.S. Immigration and Customs Enforcement, whose acting director Mark Morgan was meeting Tuesday with senior Customs and Border Protection leaders.

Morgan worked at the FBI under former director James Comey, and was brought in to Customs and Border Protection in 2014 to lead an overhaul of Border Patrol use-of-force policies.

Morgan ascended to be head of the U.S. Border Patrol at the end of President Barack Obama's second term, but he was removed from his job when Trump took office.

Trump, however, named Morgan to the top job at Immigration and Customs Enforcement last month, saying he wanted to go in a "tougher direction."

Morgan had never worked at the immigration agency, though, and made his preference for the top border protection job clear to colleagues. A push by the White House to have him take over leadership of Customs and Border Protection was blocked last month by McAleenan.

Morgan and McAleenan have remained at odds, and tensions between them peaked over the weekend when the president agreed to call off an Immigration and Customs Enforcement roundup of migrant families with deportation orders that Morgan was eager to carry out.

Trump agreed to postpone the raids in 10 American cities after McAleenan and others at the immigration agency said they would be dangerous to pull off, in part because the president had publicly announced the sensitive law enforcement plans in advance on Twitter.

In several days of meetings, McAleenan told the president and other immigration advisers that they doubted they could safely deport the large number of people Trump wanted to target, and that authorities likely would have to resort to putting families in hotel rooms or releasing them again with ankle monitoring devices.

McAleenan also said that operations could be dangerous for agents because some local and state officials in Democratic districts were preparing to thwart the operations.

Trump agreed to cancel the raids and decided to couch the decision as a compromise with House Speaker Nancy Pelosi, advisers said.

In the past two months, the president has ousted the previous acting director of Immigration and Customs Enforcement, Ronald Vitiello, fired his Homeland Security secretary, removed the head of U.S. Citizenship and Immigration Services and named an immigration czar, Tom Homan, who has not accepted the job.

Meanwhile, the Trump administration has faced a barrage of criticism in recent days over conditions inside a Border Patrol facility in Clint, Texas.

The station sits in the middle of a farm town of fewer than 1,000 residents, framed by high fencing and a tall communications tower. In recent weeks, it has become a temporary home to hundreds of migrant children as the government has run out of space to place the large numbers of migrants continuing to flow into the country from Central America.

Lawyers who visited the facility said they found it stretched beyond its capacity, with hundreds of child detainees having gone for weeks without access to showers, clean clothing or sufficient food.

But in a press call Tuesday, a Customs and Border Protection official said the agency was able to send about 100 children back to the station because overcrowding there had been alleviated. The official disputed the lawyers' accounts of conditions at the facility, insisting that migrant detainees housed by the agency were given access to periodic showers and were offered unlimited snacks throughout the day.

The assertion from Customs and Border Protection that children were being well cared for ran contrary to what the lawyers said they were told by children. During a court-ordered visit to the facility earlier this month, some children said they had not been allowed to shower in nearly a month and were so hungry that it had been hard for them to sleep through the night.

"I personally don't believe these allegations," the Customs and Border Protection official, who spoke on the condition he not be identified, told reporters.

The lawyers' accounts prompted a significant public backlash, after which all but 30 of the roughly 300 children who were being housed in Clint were transferred elsewhere. Some 249 were placed in a shelter network for children run by the Department of Health and Human Services' Office of Refugee Resettlement, while others were moved to a tent facility in El Paso run by Customs and Border Protection.

But on Tuesday, the border protection official said that those moves had alleviated overcrowding in Clint, and allowed for the return of more than 100 children there. The spokesman said that no additional resources had been provided to the children who were sent back.

After the lawyers' accounts about Clint were made public, volunteers from around the country began to mobilize, hoping to deliver supplies such as diapers, soap and food to the facility. But those who arrived there were not allowed in and their donations were not accepted, according to local media reports.

On the call with reporters Tuesday, the Customs and Border Protection official said that the agency was reviewing its policy for accepting outside donations, but the official also disputed the idea that supplies were running low.

"We are looking at the possibility of using some of those donations going forward but those items, it's important to note, are available now," the official said.

Federal officials had previously told the office of Rep. Terry Canales, D-Texas, who requested a list of needed supplies, that the agency would not be able to accept outside donations, according to Curtis Smith, Canales' chief of staff.

Information for this article was contributed by Nick Miroff and Josh Dawsey of The Washington Post; by Arturo Rubio and Caitlin Dickerson of The New York Times; and by Nomaan Merchant of The Associated Press. 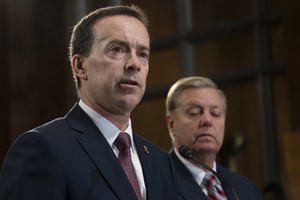